WSTR at Phase One, photo by Gary Lambert

It was time to scoff down the pizzas, shine off the skateboards for a night of pop-punk as Getintothis‘ Will Whitby watched WSTR tear Phase One apart.

With a brilliant local line-up on show tonight courtesy of Liverpool’s Halfway Home Productions; Gold Bloom, Overset, Gen & The Degenerates, Bronnie and WSTR packed out Phase One as the dying embers of summer turned to a chilly autumn evening.

The night brought big choruses, teenage angst and a statement of intent from the Scouse pop-punk community.

First band up were Gold Bloom as the new kids on the block of Liverpool pop-punk they brought festival choruses and cheeky demeanor as they rattled through tracks from their debut EP At Long Last. I Hate The Sea & Everything In It offering the set’s peak with obscure Simpsons references thrown in for good measure.

Overset were up next blasting through their stand-out single Exit Road as talk of self-confession and isolation are met with overdrive and infectious guitar licks.

The group have returned to recording after a break after their EP Waiting For The Rain To Stop and big things are no doubt ahead for the pair of them.

Getintothis favourites Gen And The Degenerates pleased the crowd like The Cure’s angsty cousins with their breed of blood and thunder rock ‘n’ roll blasting through the speakers led by their powerful front-woman, Gen Degenerate.

A big onstage character with bigger choruses in their arsenal the long-haired degenerates played the free-loving I Don’t Care What’s In Your Underwear and certified banger Jesus Green.

Three bands in and two to go the beer turned into water as temperatures began to rise.

A great cheer bellowed as Bronnie took to the stage with the large crowd of dedicated followers going berserk. Confidently owning the stage, the Wirral’s answer to Avril Lavigne has a charisma that makes her catchy pop-punk anthems even more addictive.

Chants of “Bronnie Bronnie” were hollered as Stay, Screw You, Get A Grip and new track Run & Hide got the crowd to fever pitch.

Temperatures in Phase One reached volcanic levels as the nights moshing had turned the room into a sauna. The only respite coming with Phase One’s beer garden as punters packed the benches to get some air.

Then boom, utter madness. WSTR emerge to a sea of cheering and inflatable animals crashing into their set with animalistic ferocity.

“We only get to do this once a year” exclaimed frontman Sammy Clifford noting how the band’s rise has taken them global but they still call Merseyside home. The Scouse pop-punk faithful supporting them throughout their journey from the sweaty, now legendary Arts Club debut EP launch show in 2015.

Speeding into new track Filthy the in-your-face, singalong anthem meant there wasn’t a stationary pair of feet in the house as moshing, hands in the air and crowd-surfers turned Phase One into a sea of movement.

A seasoned fan of Liverpool pop-punk myself I’ve never seen a show as packed as this one, with everyone in the house loving every minute.

A duo of albums and an EP under their belt the set blasted through the hits Eastbound & Down, Featherweight and Tell Me More with big choruses and catchy hooks to-go.

Phase One is special and the community and nights its bringing to the city is one of growing importance.

Ending on Lonely Smiles and Crisis the crowd gave it their all for the last songs with the last of the brave crowd surfers flying above the punters.

Exhausted and elated the crowd dispersed into the ever-cooling Autumn night with this show definitely one to remember for Liverpool’s pop-punk history books.

Five great acts all putting Merseyside on the map for those who like pizza and bad Tom DeLonge accents.

The Scouse pop-punk scene is going from strength to strength with dedicated fans, big infectious tracks and a positive mantra that runs throughout to create a supportive and creative community.

It won’t take long for the world to take notice and catch up with Liverpool.

*skateboards off into the sunset* 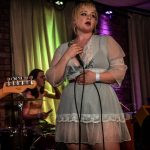 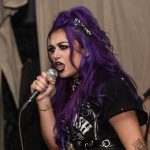 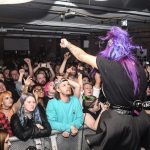 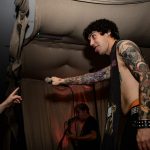 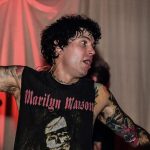 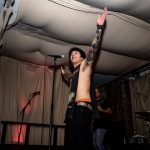