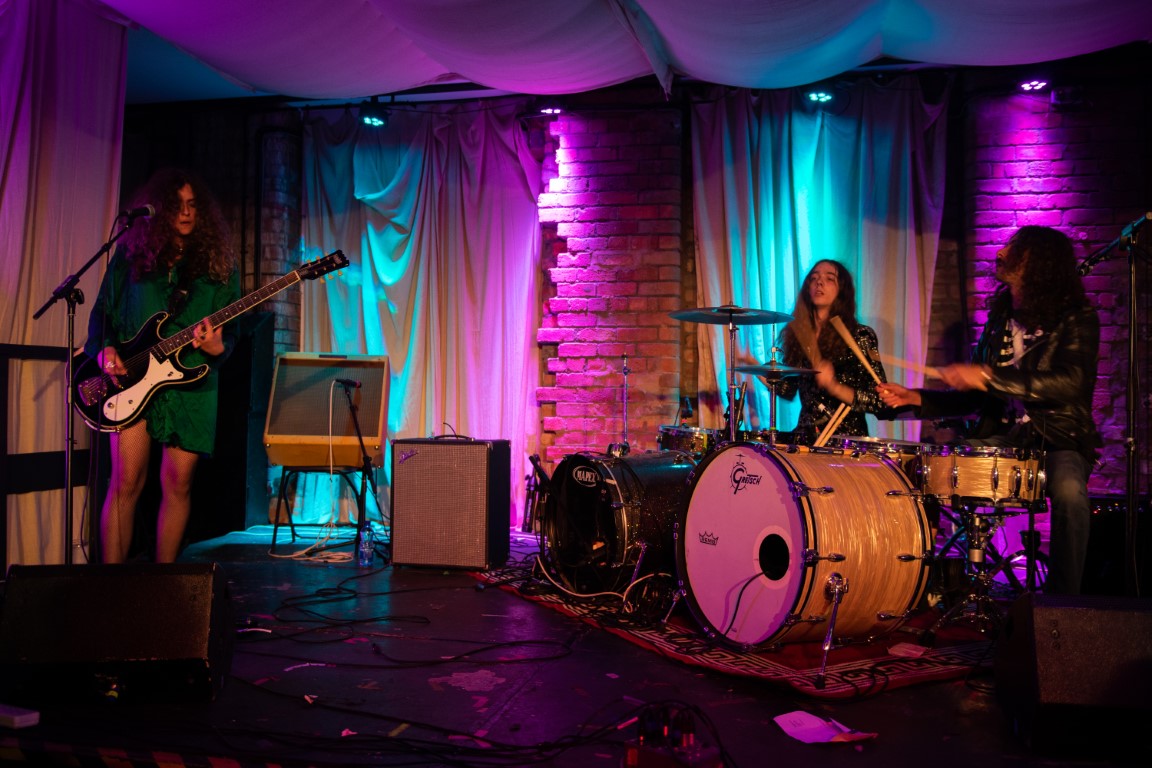 The Velveteers came to Phase One on their UK tour and Getintothis’ Courtney Hughes went down to catch the action.

Colorado outfit The Velveteers are making their way round the UK this month, and their Liverpool leg delivered last night in emphatic fashion.

The opening act of the evening was Liverpool’s own Kangaroos. Original blues melodies meant that Phase One was warmed up from the beginning. Kangaroos have an enjoyable, laid back vibe and impressed this writer as a first time listener.

It was an intense set, laden with girl power and fired up the venue with each note. They stated during the set that this gig was their first time in Liverpool, if this crowd have their way it certainly won’t be their last.

That pair were some warm up for the main event, and once The Velveteers took the stage they did not disappoint.

With the power of two drummers, the band tore through their headline set with ferocity. Lead singer Demi Demitro‘s vocals created an incredible atmosphere inside Phase One. A high energy set, she did not stand still.

The Velveteers head to Manchester tonight (September 12), before continuing on their tour of the UK where they’re bound to have the same impact. This was a well-rounded lineup topped off by a powerful band.