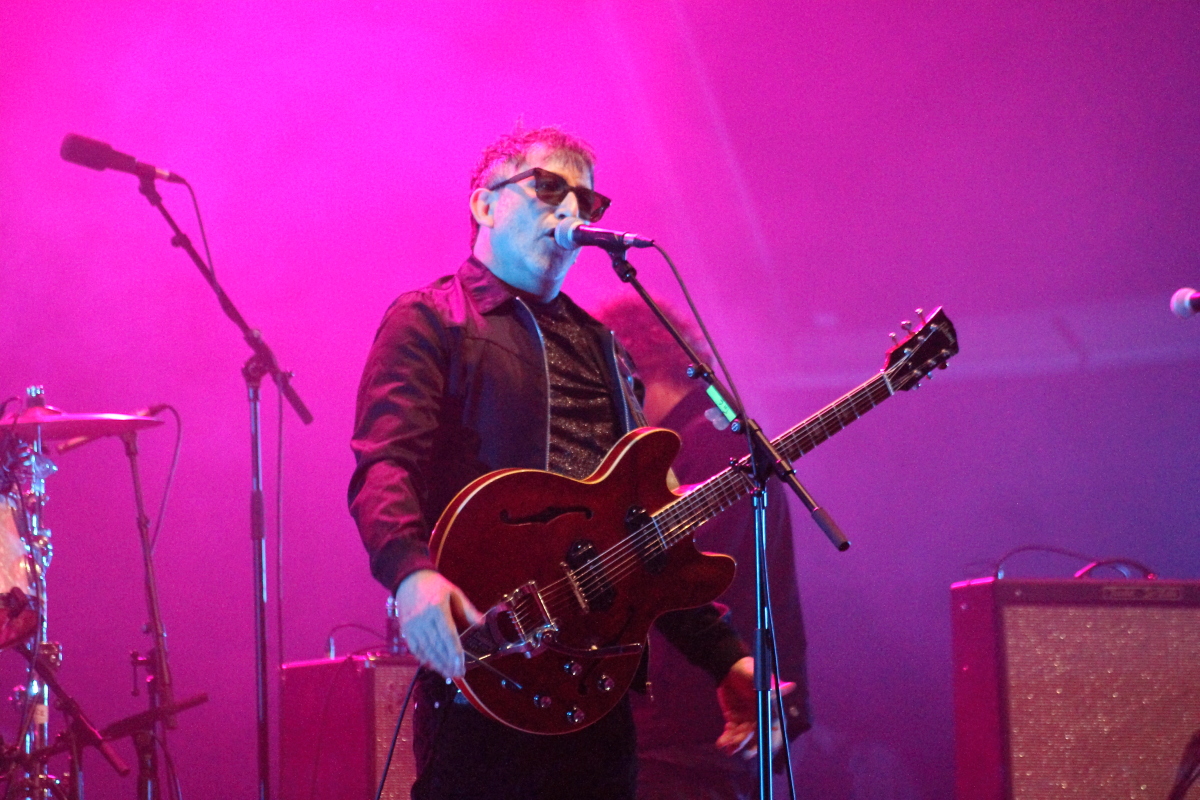 Lightning Seeds took a trip over the water which proved to be a walk in the park, Getintothis’ Jane Davies was on hand to witness the proceedings

Wirral, for a third consecutive week has done itself proud on the festival front. First Future Yard, then Skeleton Coast, now the Lightning Seeds at the Wirral Borough of Culture weekend in Birkenhead Park.

Taking to the stage, front man Ian Broudie confessed he had never played Birkenhead before.

This came as no surprise in a town where the only live music in the early 1990s came courtesy of mostly tribute bands in dingy watering holes.

The evening proved to be a first in the Lightning Seeds’ long and distinguished career; a gig in the world’s first municipal park, the famous Central Park prototype. Yes, believe it or not, long ago the Americans used to copy us.

Wirral’s food and drink festival had also been running concurrently and many traders stayed open, contributing to the festival feel, offering traditional chip shop fare alongside Greek and Indian specialities and craft gin and lager stalls.

A predominantly more mature clientele, many who had come prepared with chairs, picnic blankets and warm coats gave the concert an air of a Radio 2 Live in Hyde Park event.

Prior to the headliners, the crowds had enjoyed 1980’s musical flashbacks via support bands China Crisis and The Christians.

The greatest hits heavy set kicked off with Sense and proceeded at a break neck speed, belting out hit after hit, faster than a spin bowler in the cricket club next door.

If you go along to a Lightning Seeds gig today, it sounds as good as it did back in the 90’s; Broudie’s vocals are untainted by the passage of time and the music is as tight as ever.

The band has inevitably changed its line-up over the years and it was great to see a few faces from the contemporary Liverpool music scene join the ranks on stage; Adele Emmas, from St Jude the Obscure who we miss very much, was on keyboard duty whilst Jim Sharrock from The Sundowners put in a stellar performance on drums. 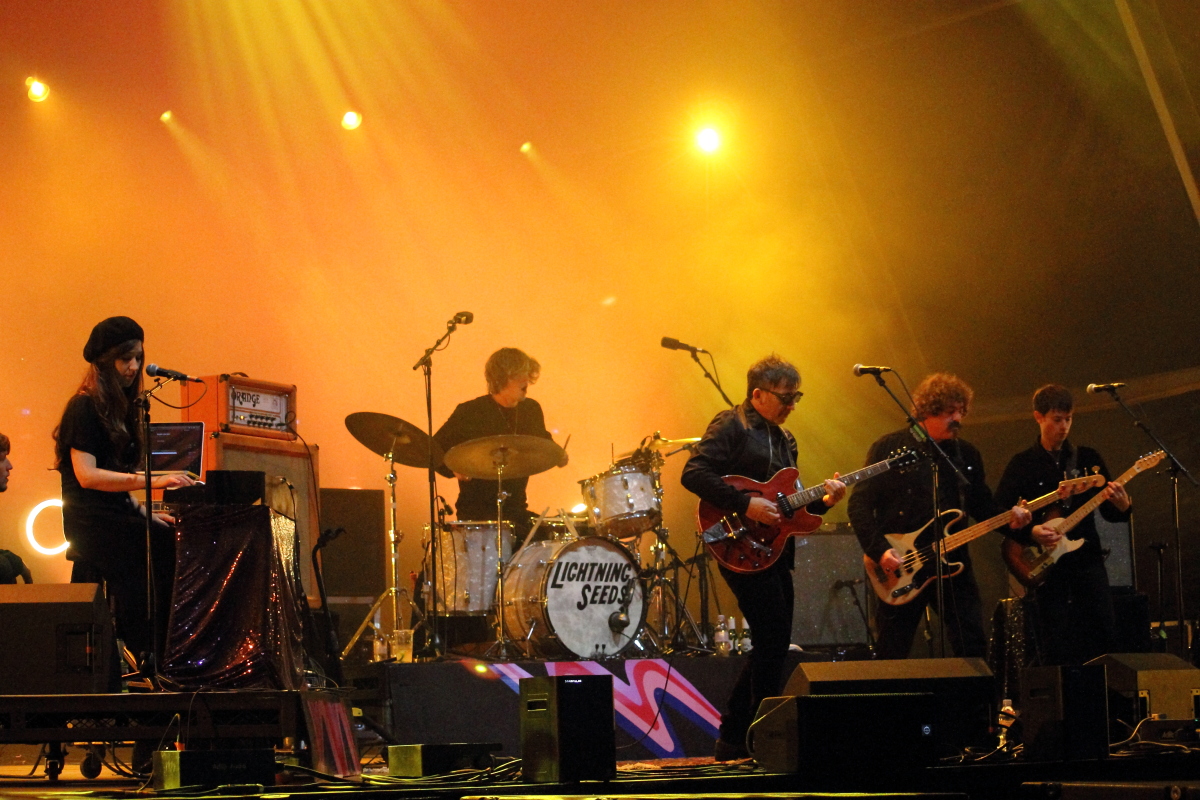 You showed me, morphed into a few lines of All you need is love, “All the world and Birkenhead, all you need is love!” shouted out Broudie, surveying the vast parkland before him; the green lung which lives cheek to jowl with urban decay.

This town certainly needs some love, and in the previous week it had secured £25 million pounds from the Secretary of State for Local Government to create new jobs, homes and inward investment.

Sugar coated iceberg sailed along, carrying the crowds with it. The audience whilst showing their appreciation throughout the set, maintained a respectful degree of quiet between songs, a sort of polite expectancy, which Broudie commented on saying they were a bit quiet. Cue huge cheers in response.

Marvellous and Ready or not set us on the home straight to the Life of Riley starting off the football tie ins and memories of goals of the week on Match of the Day back in the day.

At this point a different type of kick off ensued between a man and his partner at a nearby table which was the only obvious trouble witnessed all night and was quickly dealt with by security. 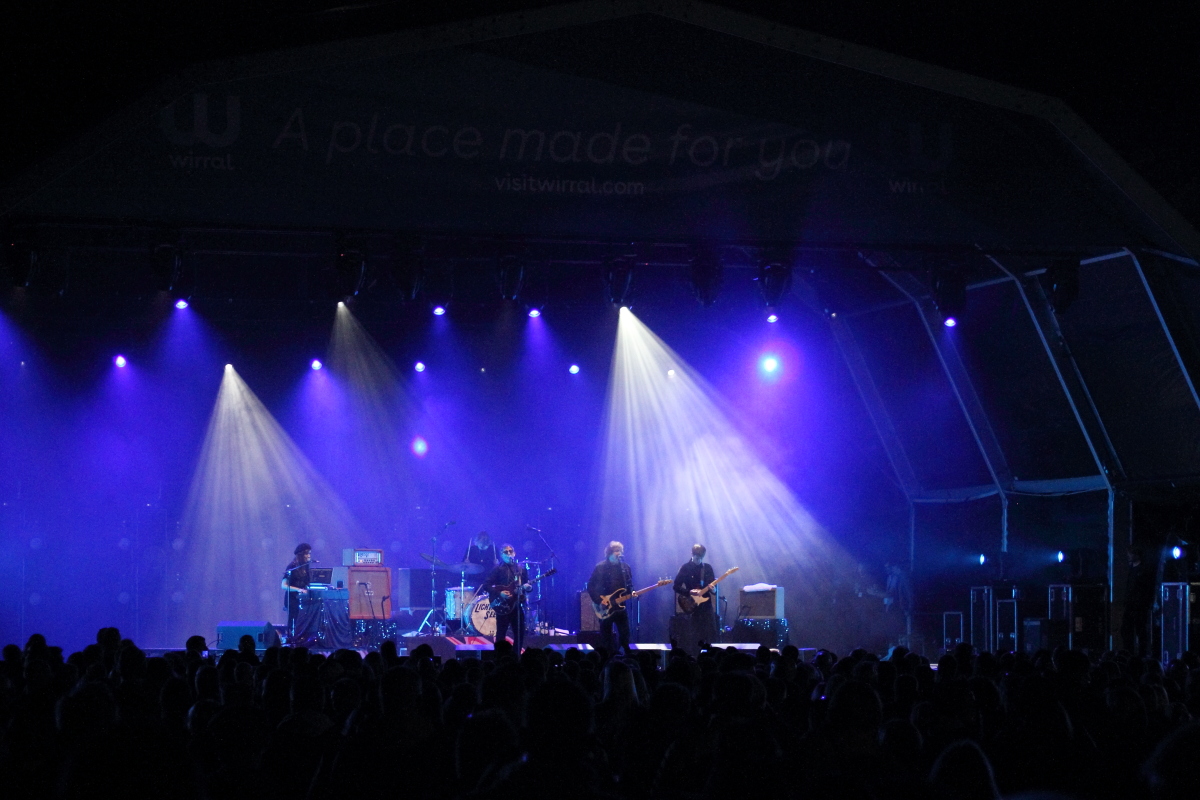 Broudie dedicated Three Lions to local club, Tranmere Rovers, who incidentally, put on a series of gigs at Prenton Park in 2017 one of which famously spawned the Seven Nation Army inspired Corbyn chant. Here’s to Wirral continuing to experiment and offer large scale musical events like this in large open green spaces.