Leggy headlined an outstanding bill at the Jacaranda and gave us one of the highlights of the year, Getintothis’ Peter Goodbody was totally sold.

The Cincinatti punks have apparently been together since they were all aged about 14 and it shows from the connection between the band.

Tonight’s show is towards the back end of a 14 day UK tour which has lined up Leggy playing gigs as far as part as Edinburgh and Cardiff every night for a fortnight. That’s a tough schedule by any measure.

There’s a new album, Let Me Know Your Moon, to promote and on tonight’s showing we think everyone should go out and buy it.

Main support for this gig comes from Southsea’s Personal Best, who describe themselves as classic rock for tragic lesbians.

But we also have Rival Unit and Natalie and the Monarchy on this packed bill for a school night.

Oh, and we get a chance to bang on about one of our favourite subjects, namely the cost of gig going. Entry tonight is £3 in advance or £4 on the door.

We understand that for some people, even that may be a stretch, but it doesn’t get much cheaper for a top-class bill. We’ve often argued that the price of entry is not an indication of quality and this one’s no exception, or, rather, it kind of proves the point. You don’t need to decide to swap a holiday in Benidorm for a good gig experience.

Heavy guitars and enjoyable pop-punk is the theme for tonight and Rival Unit kick it off admirably with a pretty tight set. They’re new to us, but we’re impressed.

In a bit of a twist, tonight isn’t all about the music, though. Arts collective Bitch Palace are promoting this one and there’s a good selection of artwork on the merch stand from prints, t-shirts and badges on sale. Designed by Getintothis’ Lily Corke Butters, there were funny and irreverent pieces with a flier telling people if they were reading this, then she hoped they were having fun and exhorting people to buy her shit. Images with jokes about boobies just added to the general groove about the evening.

Personal Best are, perhaps, the mainstream element to the night. But that’s no bad thing.

They’re heavier than we were expecting and deliver a fine rock and roll series of songs. It’s not exactly groundbreaking, but it’s easy on the ear and we could listen to this stuff any time. It’s classic rock alright. You don’t have to be a tragic lesbian to appreciate it.

They also declare Liverpool as having “the friendliest fucking people. Ever”. That’s the way to get on the top of our iPod playlist. Well done. Nice move.

And then came Natalie and the Monarchy. A bit like Kate Bush’s angry younger sister on drugs.

Natalie bounced up and down, on and off the Jac stage as she raged at some points and then brought it all back down at others. There was punk guitar and Weimar Cabaret style piano. It was quite brilliant. Natalie’s voice has a power and a depth we weren’t expecting to encounter in the Jac.

The band support her fantastically – they’re up to the task, which is a big one. “Have we got time for one more”, she asks. “Do two” says the sound guy. Now that is a first. And a marker of just how good this band is. Utterly superb.

But, there’s more. The reception from the crowd wants an encore. The band look to the sound guy. “Might as well” he says. He wanted to go outside for a cig. What the fuck. We get another one.  What a treat. He lights his cig anyway and smokes it inside.

They do just about manage it, but it’s a close call. It’s hard edged, solid punk, all delivered in 2 minute bites. It’s the kind of stuff that makes us happy and the others in the room start shaking their hips. You could argue there are plenty of bands doing similar, and you may have a point, but this was a flawless display by a band who know what they’re doing and do it right. And that’s fine with us.

This is heavy, raw and full of power. The Jac has been hit hard tonight.

And just about survived. The band say they’re tickled to be here. We think that’s the wrong way round, and we haven’t really been tickled, but rather given a bit of an assault. But we like it that way.

Big up to Bitch Palace for this female heavy bill. More of this, please. 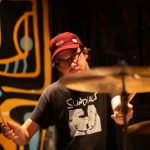 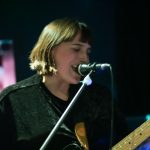 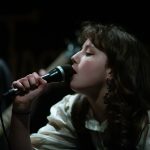 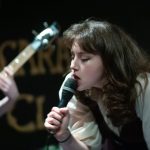 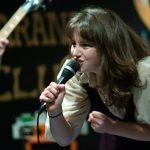 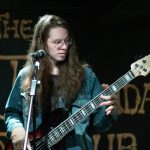 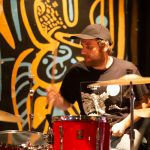 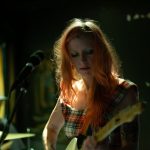 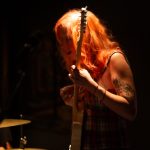 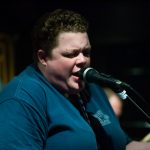 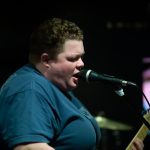 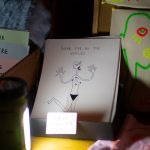 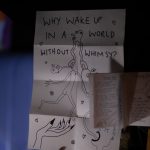 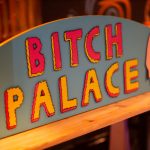 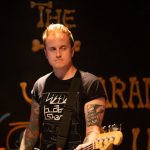