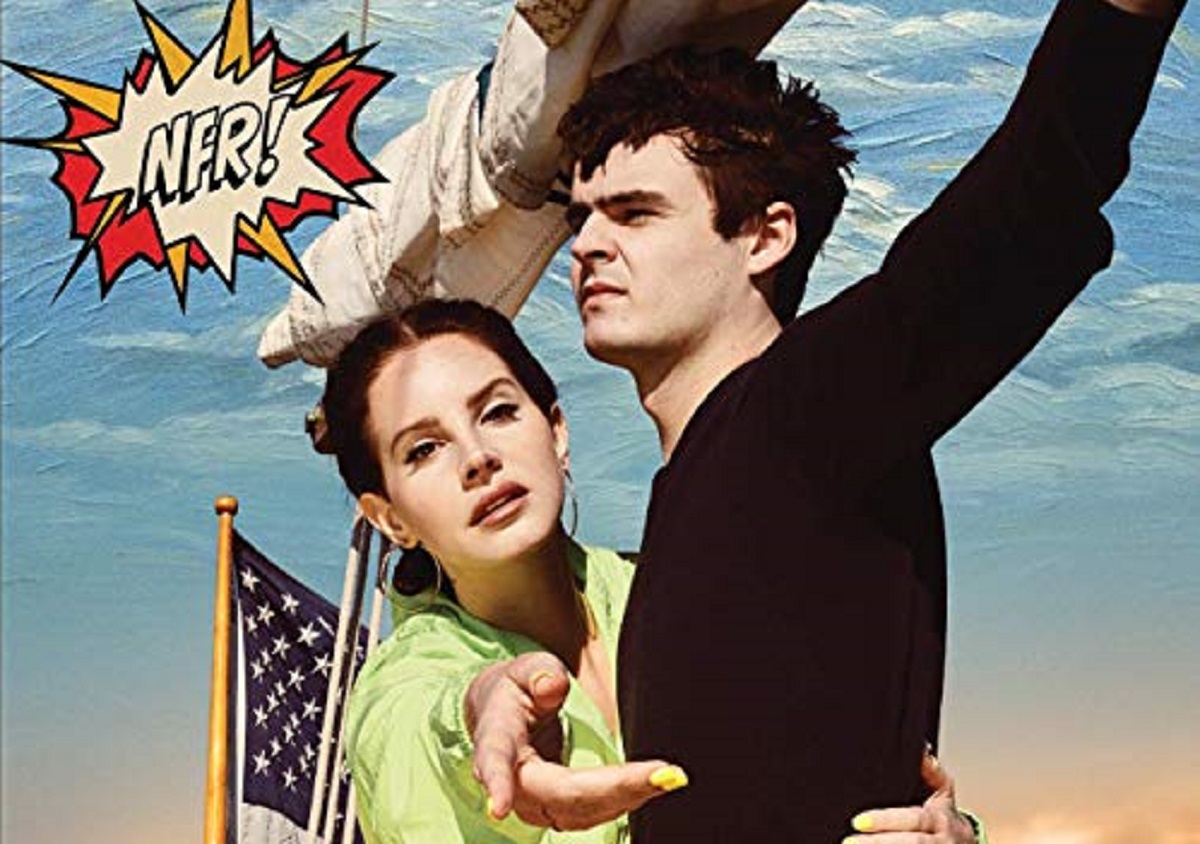 Lana Del Rey’s new album Norman Fucking Rockwell sees the singer at her most deep and self-aware and Getintothis’ Kris Roberts falls under its spell.

Well, that’s it, summer is officially over.

The nights are drawing in, the leaves are starting to fall, and Lana Del Rey has dropped a new album, so it’s official.

Move aside, Hot Girl Summer, it’s time for sad girl autumn. The queen of melancholy is back with her fifth studio album, Normal Fucking Rockwell and it’s filled with all the usual heartache and romantic fantasy that you’d expect from Del Rey, but this time there’s a splash of humour and absolutely stellar production courtesy of hitmaker Jack Antonoff.

I should preface this by saying that I am a fan of Lana Del Rey, but not the type that will praise anything and everything that she releases. Honeymoon was a huge misfire for me, whereas Lust for Life was one of my favourite albums of, well, dare I say, ever?

It’s safe to say that she had a lot to live up to in my eyes following her last release.

Del Rey is one of those artists that evokes a reaction from everyone when you mention her name.  Those reactions are overwhelming either “oh my god, I love Lana Del Rey!” or “oh my god, her music all sounds the same and she’s so depressing” and I must be honest, there is some truth to the latter.  I can understand that to those who are mostly unfamiliar with her album work can get that impression.

After all, if there’s anything we know about Lana it’s that she’s a sucker for romance, and, inevitably, heartbreak, over and over again.

Norman Fucking Rockwell has been out for a little over a week and it’s been an interesting week to say the least.

We’ll start by saying critically speaking the album has seen great praise so far. Pitchfork gave her the highest score they’ve given for a new release in nearly five years with a 9.4, their highest score since D’Angelo’s Black Messiah.

One review that didn’t go down too well with the singer, though, was a fairly positive review written by Ann Powers for Norman Fucking Rockwell. Powers wrote an incredibly thoughtful piece for the album, this didn’t sit well with Del Rey who proceeded to take to Twitter to call her out.

Here’s a little sidenote on your piece – I don’t even relate to one observation you made about the music. There’s nothing uncooked about me. To write about me is nothing like it is to be with me. Never had a persona. Never needed one. Never will.

if anything, this proves exactly why critics are so important to the music industry.

Del Rey’s reaction brings into question not only her privilege as an artist to even have critics as well-versed as Powers write honest, thoughtful reactions to her work, but are these criticisms just as fair game as the work being criticised?

Either way, while the option is there to take part in the discord, it may not be the wisest decision.

Anyway, let’s get to the album itself.

Norman Fucking Rockwell opens with the title track which is an absolute treat to the ears. Opening with a string arrangement that builds up and quickly leads into piano, this is exactly the dreamy production we want from a Lana Del Rey song.

“Goddamn man child, you fucked me so good that I almost said I love you”. Ah, there’s that splash of humour I mentioned earlier.

Immediately, something feels different here. We know from her past works that she loves to layer her vocals to create a transcendent listening experience, and I’m not getting that here, at least not yet.

Her vocals feel close, and much more personal, like she’s sat in front of me singing straight from her diary. This song sets up more of a narrative that carries through the album than we’ve seen previously, though it does get a little rocky.

Mariners Apartment Complex features the same piano-laden production, with some very soft acoustic guitar cords. The layers of muted electric guitar towards the tail end of the song are reminiscent of Ultraviolence, which is more than welcome in my eyes.

“I’m your man” she sings repeatedly, telling a story of yet another tricky, complicated relationship in which she is the protector, the breadwinner, (confirmed by lyrics from Venice Bitch “you write, I tour, we make it work”) and the support system.

It’s not all relationship drama, though. While Norman Fucking Rockwell may not be as politically inclined as Lust for Life, she’s pulling the curtain back on the California life that she’s built for herself and questioning the patriotic American ‘dream girl’ brand she started this ride with.

The album sees Lana at her most deep and self-aware, the lyrics on this album are beautifully poetic, but every now and then there’s a deadpan that snaps you straight out of the trance that her and Antonoff’s stunning melodies put you in.

“Your poetry’s bad and you blame the news”, she seems to be holding nothing back as she pokes fun at herself and her lover.

The state of America at the moment is enough to scare even the most twisted, and Lana knows it, too. “L.A. is in flames, it’s getting hot”, for someone who has built her career around her love for her country, these lyrics seem pretty apt.

The album is wonderfully cohesive, it feels almost like a movie, and after revealing in an interview recently that she recorded a music video for every single song on the album, maybe that was her intention.

Each song reveals some deeper, darker, more personal part of Lana’s life on the west coast, from singing about her unhealthy and unsustainable lifestyle in Fuck It I Love You to her lover’s substance abuse in Cinnamon Girl, it’s easy to see why she is so protective of this project.

The thing you have to remember about Lana Del Rey when listening to her music is that she’s selling a fantasy, everything is real, but only to an extent.

We know that all artists dramatize their experiences because, well, they’re their experiences to dramatize. Del Rey takes this one step further though, she’s created a persona (although she’s adamant this isn’t the case) that portrays Lana’s own experiences in an entirely fantastical way.

Each album release has felt like a part 2/3/4 of my favourite film, with my favourite character coming back to my screen, eagerly awaiting what comes next in the story.

I suppose this is a testament to her storytelling, and maybe I feel like this because nobody really knows much about the woman singing these songs, we experience what she allows us to experience before she goes back to doing, well, I don’t know what?

Del Ray’s cover of Sublime’s Doin’ Time making it on to the album was a surprise for many, as it was recorded for a documentary people didn’t expect to see it on the album, but personally I’m glad it did.

There are very few stars that would be able to cover that song and make it sound so delectable. Her hazy rendition absolutely sounds like something she would think up as she lay by the beach, it slots into the album so effortlessly that I have to remind myself that this is in fact not her original work.

Making great covers of songs seems to be one of the many talents Del Rey has in her wheelhouse, her cover of Once Upon a Dream for the 2014 film Maleficent, and more recently her cover of Season of the Witch for this year’s Scary Stories to Tell in the Dark were both very well done.

Covers can so easily be reductive but Del Rey knows how to pick them apart and stitch them back together for a perfect fit.

While there aren’t many that fall short for me, Love Song is the first stand-out track on the album.

It’s another song that has this incredibly delicate, quiet introduction that melts away as she starts to sing over some sombre piano chords.

It’s no secret that Lana has a love for film noir, and the inspiration she’s taken from that is so clearly displayed on this song.

The romantic melodies exude sadness and hope, but Love Song is a snapshot of a moment, she sits with her lover in a car and locks the chaos and mess outside just long enough for her to have that moment with him “In your car, I’m a star, and I’m burning through you”.

This one’s poignant, to a point where you almost need a break, but it’s so beautiful you kind of just want to wallow for bit. It’s the ultimate Lana Del Rey ballad.

How to Disappear brings a sort of lightness to the album, romantic dream-like introductions are replaced with a blink-and-you’ll-miss-it xylophone tune that hits you with nostalgia and drives straight into a violin overlaid with a simple drum beat that acts as a foundation for this track.

As with all of Del Rey’s albums, we hope for a happy ending that just isn’t going to be there.  Norman Fucking Rockwell is no different.

Second to last, we have Happiness is a Butterfly, a heart-breaking ballad about her ongoing search for happiness, and how unattainable and fleeting it is. “Happiness is a butterfly / I try to catch it like every night / it escapes from my hands into moonlight”

Lana sings each word like this is her final plea, with nothing but her voice and a piano this is Del Rey at her most comfortable, and at her best.

There’s still hope for her yet, though… literally.

Hope Is A Dangerous Thing For A Woman Like Me To Have… But I Have It is possibly the longest title of any song she’s ever released, and I think it may be her best of the album too.

There’s so much to unpack with this song, it feels like a confessional, a review of her life so far, an admittance that even after all this time and work she still isn’t fulfilled in the way she wishes she was, but she hasn’t given up yet.

“Don’t ask if I’m happy, you know that I’m not / but at best I can say I’m not sad”, ending the album on such a neutral note, who knows what’s going to happen next?

Well, Lana does, according to her interview with The Times, her next album White Hot Forever is almost finished and is set for a surprise release sometime in the next 12 months.

Del Rey and Antonoff have created an incredibly assertive, cohesive, and sonically stunning piece of work with Norman Fucking Rockwell.

With Antonoff already having four Grammy awards under his belt, and then releasing Norman Fucking Rockwell just one day before the Grammy consideration deadline it will be interesting to see if this one will finally land Del Rey her first Grammy, and I must say, if any of her albums are going to hit the mark,this will be the one.

Del Rey and Antonoff seemingly make the perfect match artistically, I’ve never heard her vocals and lyrics highlighted so perfectly before, and I’ve never heard such rich production on her past albums, either.

Norman Fucking Rockwell is deeply personal, with every note she sings the album further unravels to reveal some harsh truth pulled from her own subconscious.

I don’t know if Lana will ever be able to find her happiness, but I’m here for the ride until she does.