Death Blooms headlined a night of quality metal at the Zanzibar, Getintothis’ Lee Grimsditch was impressed with the groove.

It has to be said, The Zanzibar is a great place for a metal gig.

Maybe there’s something about the lighting, the dark subterranean vibe it embodies, or the perfect placement of the bar. It’s a great place to hole up with like-minded souls, to get up close and personal with the bands or, if you choose, lounge at a distance on the cosy seating, waiting for the weather to pass on a wet, Autumn evening.

Tonight, however, we’re getting up close and personal with Death Blooms – a band of seasoned metallers from Liverpool whose stock has risen of late after nabbing their first Download slot as well as supporting metal god, Jonathan Davis, in Manchester last year.

There’s a decent turnout tonight with two bands to soften up the crowd before Death Blooms walk the stage.

First up is the always impressive Oceanis.

Long-time favourites of Liverpool’s metal scene, these boys introduce themselves to the long, sustained crashes of dirty power chords and a groove that ramps the tension until the first song of the night screams into life with an epic release of heavy riffing.

Lead singer, Joe Maryanji, squats and postures as he growls – talking to the crowd with supreme confidence throughout. His bandmates read him perfectly with flawless timing and an unrelenting intensity that sets the benchmark for the night.

Next up are technical and melodic metallers The Five Hundred from Nottingham. Where Oceanis leave off, The Five Hundred pick up with their own impressive wall of sound and synchronised headbanging.

All the time, they play in such a tight and technical way that it’s an impressive spectacle, to say the least.

The start of good old fashioned mosh pit was growing just in front of the stage so we ensconced to the relative safety of the long cushioned seating area to lounge like Rees Mogg. A safer refuge – or so we thought. It took us a moment to realise the bassist had gone awol and was standing on our table, looming over our head as he chugged out the riffs.

Like all the bands on tonight, the influence of Nu Metal is clear and evident. At their best, The Five Hundred wear these influences well as it’s interspersed with tight grooves and furious double-bass drumming that add groove and thickness to the sound. It’s only when the singer growls a well worn ‘I wanna see everybody in this fuckin’ room!’ into the mic, or that sense of infantile, middle finger rebellion surfaces that it can feel a little stale and 2003.

Headlining this night of enjoyable metal then are Nu Metallers, Death Blooms.

Make no mistake though, their sound is hard with influences from the genres heavier spectrum evident in their sound – ranging from Korn and Slipknot, right into Faith No More at times – they confidently skirt the more extreme edges of Nu-Metal in their short, tight songs.

Their set is relentless and hard but never muddy, and they play impressively with compound signatures and some funkier grooves that please the small but energetic mosh pit no end. Gore being a particular highlight of their set with a hard, dancier energy to accompany the battering of riffs.

So, a pleasurable night of metal in Liverpool at the Zanzibar tonight. And a reminder of the quality present in a marginalised scene that has experienced some lean years now.

There are good signs for metal in this neck of the woods with A Pale Horse Named Death playing Phase One in November.

We ask all those drawn to the heavier side to support and attend, and really to prepare to be impressed by a scene that still needs to be encouraged if it’s to thrive again. As ever, the fans and the crowd are the lifeblood of music. 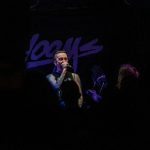 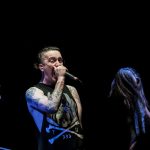 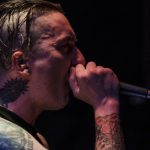 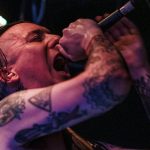 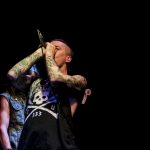 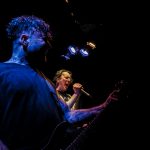 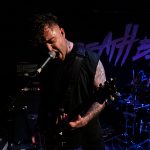 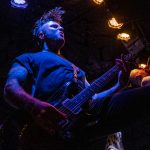 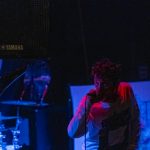 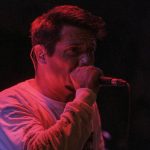 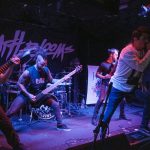 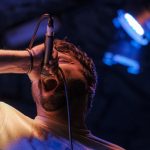 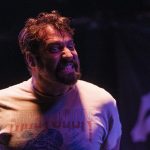 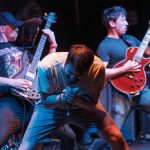 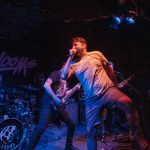