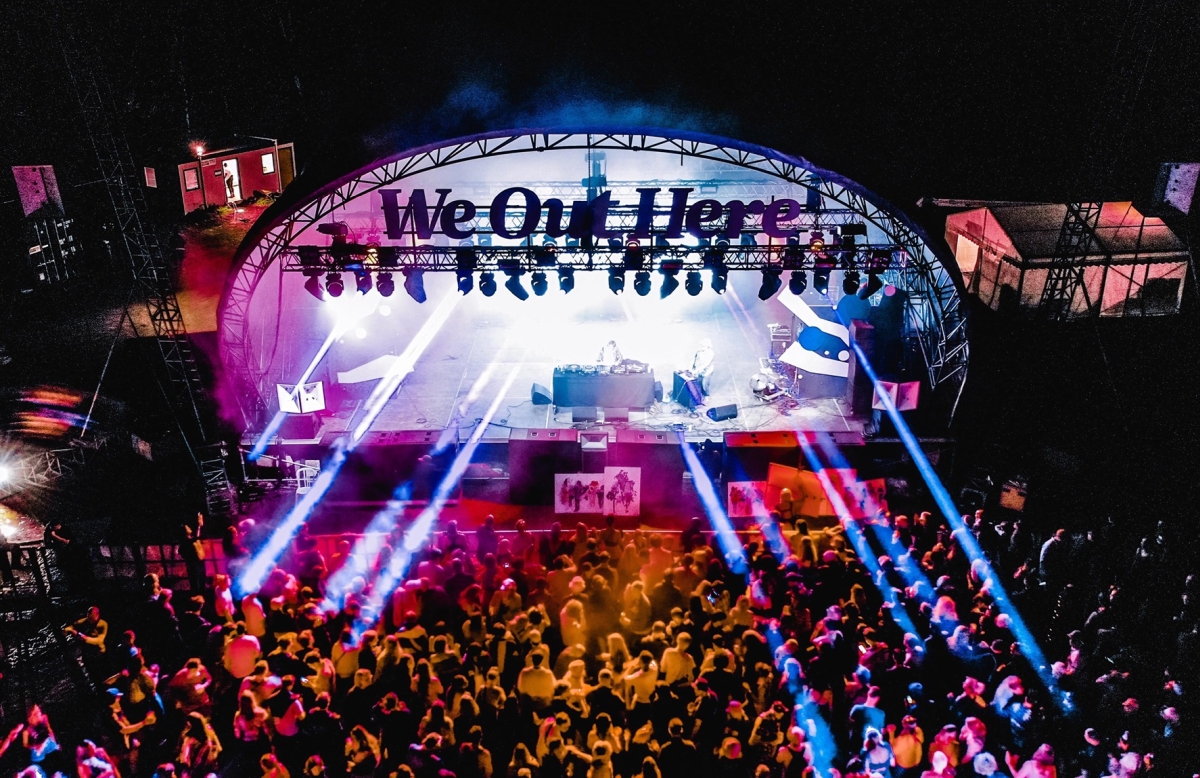 We Out Here (credit Jamie Crumpton)

Gilles Peterson was the host for new kid on the festival block, Getintothis’ Sinead Nunes reports back from We Out Here.

Having never had the chance to catch the elusive, Indie-packed SGP!, Gilles Peterson’s inaugural offering, named after his 2018 UK jazz compilation released on his own label Brownswood Recordings, presented the perfect opportunity to experience Cambridgeshire’s newest addition to the festival scene.

For an event billed as four days of jazz, Afrobeat and dub, We Out Here’s line up turned out be a refreshingly varied programme of music, spanning reggae, hip hop, breakbeat and electronica alongside talks tackling the mammoth task of how the music industry might react to climate change.

Alongside Jazz greats such as Idris Ackamoor and The Pyramids or Gary Bartz, a younger scene proved that the new Jazz generation is here, with Sons of Kemet, The Comet Is Coming, Nubya Garcia, Yazmin Lacey and Moses Boyd Exodus piquing punters’ interest. 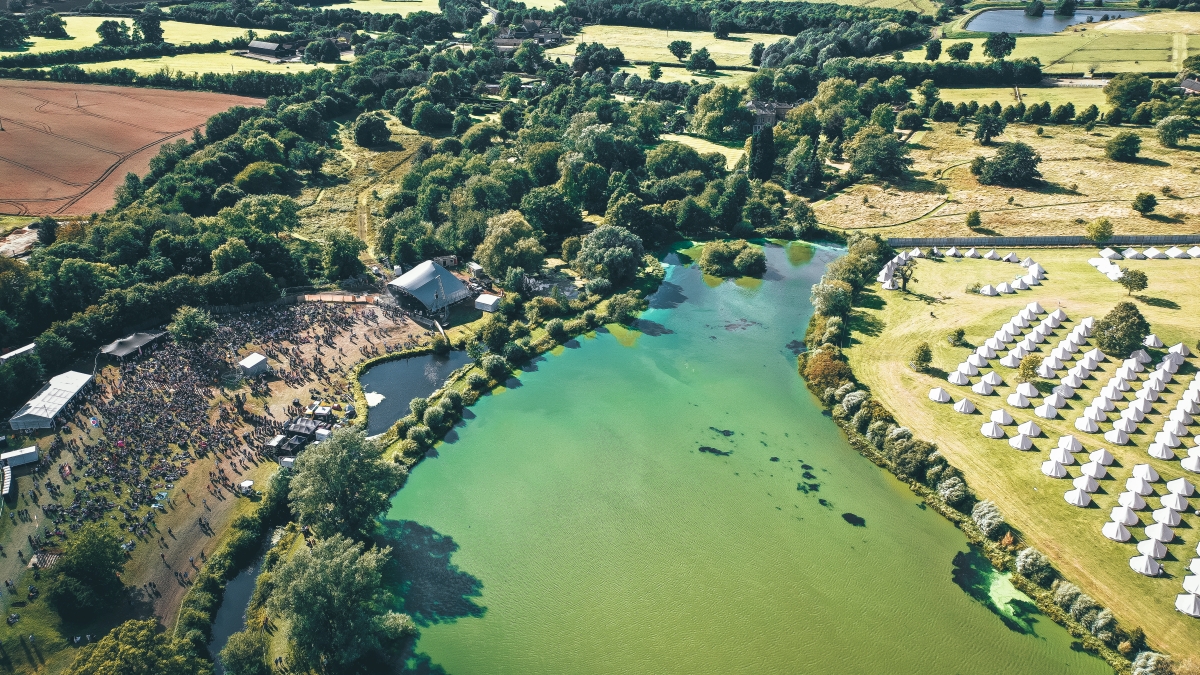 We Out Here (credit Jamie Crumpton)

There’s much to be said for initiatives such as Tomorrow’s Warriors (who also presented a stage at the festival) in shaping this fresh and active scene, who have paved the way for young creatives to find their path in the world of music, inspiring the youth with one of music’s most timeless languages.

We Out Here festival over the weekend was fantastic!
Great lineup from the current UK jazz and dance scene in the lovely setting with peaceful crowd.
Really enjoyed it!@weoutherefest pic.twitter.com/aNCMrQ7wTv

A non-musical highlight came in the form of crowd-sourced fun.

A day-long triathlon recorded on a cardboard leaderboard, featuring wild swimming, wet running and a bike fit for a toddler. With the sun out, the lifeguards on duty and a spirit of camaraderie surrounding the Britishly lukewarm lake, the spirit Gilles and his collaborators had in mind seemed to have been captured; this was a truly worldwide family gathering.

Getintothis’ top acts of the festival 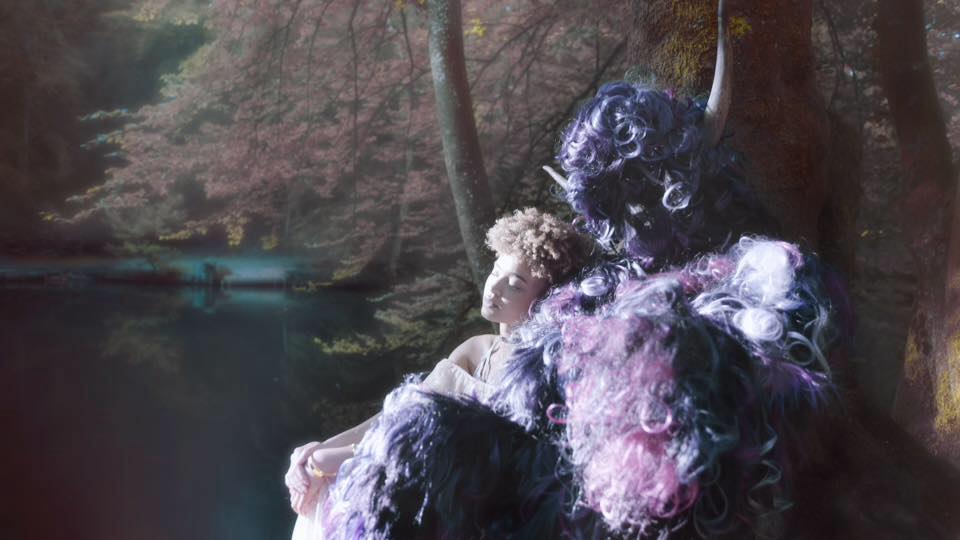 Easing us into the weekend, our favourite find of the festival has to be Connie Constance. At just 24, the Watford-born singer/songwriter (whose debut album English Rose dropped in March) played to a huge and highly charged audience on Friday afternoon.

Soulful, spirited and dazzlingly charming, Constance’s set was high-energy and politically-charged. Keeping punters on their toes, she veered from rap to punk, with a flawless rendition of X-Ray Spex’s Oh Bondage! Up Yours! to the obvious delight of her impeccably tight band, all grinning from ear to ear as they watched their front woman smash her biggest yet festival slot.

On the main stage, there was plenty more to write home about; legendary king of the dubstep scene Mala played with The Outlook Orchestra, a collaboration formed for an acclaimed one-off show at London’s Southbank Centre last year.

The first act to be accompanied by disarmingly minimal yet hypnotic visuals (something you’d expect more with so much electronica on the bill); sound, light and colour blurred to create a synaesthesic experience. Tracks such as Changes teased the crowd with orchestral melodies before climbing to a pounding climax, whilst guest vocalists brought the rest of his catalogue to life, constantly challenging the audience as Mala moved from deep club bass to Peruvian-inspired ballads.

London’s Afrobeat 8-piece KOKOROKO (named one of The Guardian’s “ones to watch” earlier this year) each further and Steam Down (borne of yet another fantastic collective of London-based, young jazz musicians) incited jazz-fuelled anarchy on the main stage during peak sunshine hours on Saturday, with the biggest crowd of the festival jumping in an unceasing wave from hilltop to lakeside throughout the raucous set.

Led by visionary multi-instrumentalist and composer Ahnanse, the collective run a weekly event in London, which has fast become one of the UK’s most talked-about nights since its beginnings in 2017.

The theme of variety continued with Kenya’s Makadem (self-titled as a master of tradition-meets-innovation), who owes more recent fame to producer Tabu Osusa for transforming his style from dancehall to a fusion of Benga and Ohanglal, broadening the scope of his genre

Late nights at We Out Here meant getting lost in The Forest or Woodland, with post-bedtime bangers courtesy of Francois K, The Parirsh, Carista, Kaidi Tatham and IG Culture peppering the early hours with House, broken beats and infectious levels of dancing, as punters stumbled between tree trunks and up weaving stairs and ladders, to gyrate atop a canopy of pink and purple-lit branches.

The after-dark parties were consistently busy and vibrant, mirroring the general festival ethos, which felt welcoming, friendly and distinctly bereft of bellends looking to spoil everyone else’s fun.