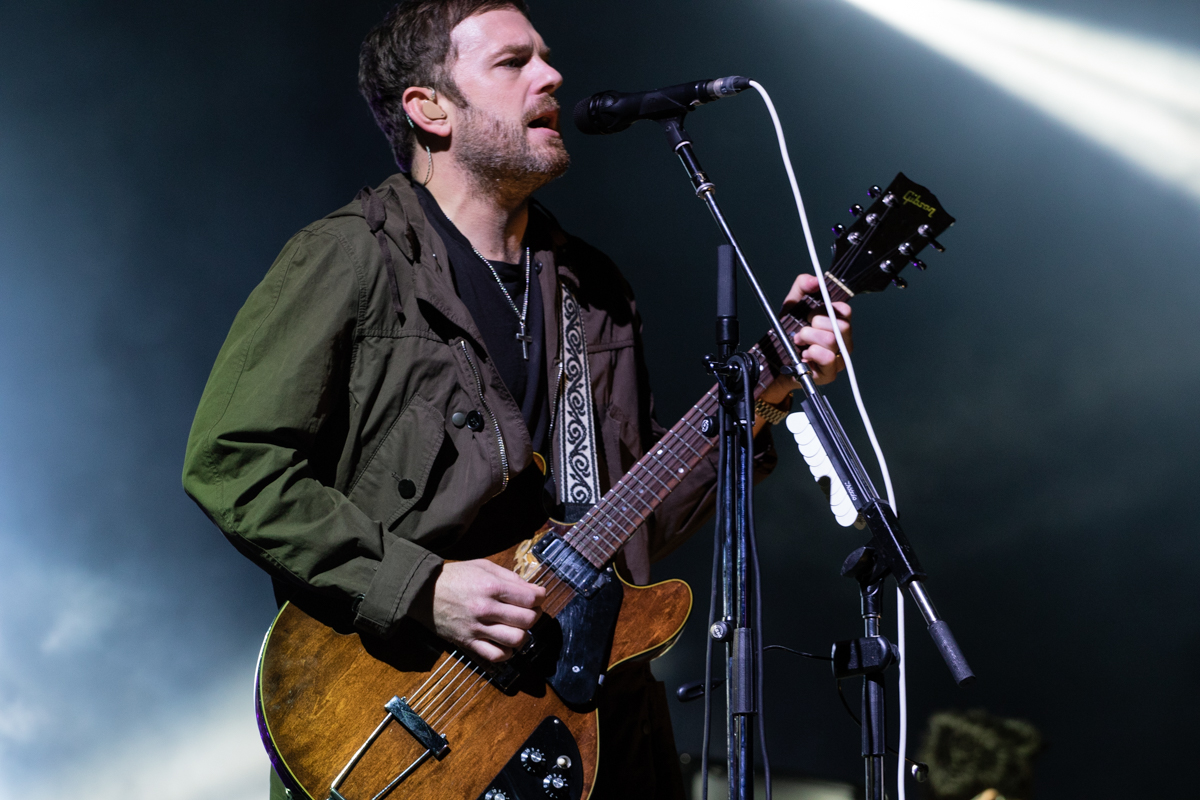 It’s a fun-filled Friday festival in Sefton Park, Getintothis’ Steven Doherty tells us all about it, from the sublime to the ridiculous.

Everyone seems to have a differing opinion on the matter, both camps firmly believing themselves to be in the right, unwilling to listen to the other side’s point of view.

Yes, it’s the topic that divides families, the old and young, friends and neighbours.

Which side are you on?

It’s the Kings Of Leon paradox.

It’s the “the first album was brilliant, everything else since has been terrible” gang against the “the later songs are really splendid, I haven’t bothered listening to the early stuff as I buy all my albums from supermarkets” brigade.

Both groups are out in force today at a showery Sefton Park for the first Fusion Presents one-dayer, the rebellious cousin of the weekend pop-fest, formerly of Otterspool Prom, that finds here as it’s new home on Saturday and Sunday.

It’s a funny old mixed bill, a smattering of both the old and new and first up is the rising star that is Sam Fender.

Becoming a huge name, so big he’s just been announced as the support for Liam Gallagher’s Ritz homecoming show, and it’s easy to see why with this set.

His early singles Dead Boys and Play God remain his best numbers, and these have the crowd singing their lungs out early doors.

He does come across as a bit gruff, which doesn’t help him ingratiate himself with the crowd, but they still lap it up.

The clunkily written Hypersonic Missiles and a ,what can only be described as brave, cover of Morning Glory end the set on a bit of a downer.

Tunes for those that find George Ezra a bit too edgy.

Manchester Gigs Of The Month: September 2019

“You’re all off work so let’s have a dance”.

So say Circa Waves just before launching into Movies, from their lukewarm critically received second album What’s It Like Over There?.

Try telling the crowd it was lukewarm.

They even manage to get a proper mosh pit on the go, which is not an easy task at 3.45, but who on earth are these people throwing throwing 6 quid bottles of Heineken? Maniacs.

In a congested bands trying to capture the same demographic market, more epic tunes such as Times Won’t Change Me Now and The Way We Say Goodbye off the second album, both sounding massive here, could be the way to go.

They end with T-Shirt Weather and the day feels like it’s now started.

Jake Bugg was a late addition to the bill, presumably to act as a bridge between the new and old, being something of a festival veteran.

Getting the crowd going with Trouble Town and then following it by a brand new, never played before song doesn’t help.

By far the most muted response response of the day, he suffers from having no real big hitters, with the obvious exception of Lightning Bolt which ends proceedings.

The Zanzibar’s Scott Burgess: “People are working against each other, we want to bring Liverpool’s music community together”

Having not been to the Liverpool School of Music Journalism and Etiquette, I’m not sure if I’m actually allowed to proffer this opinion.

Echo and the Bunnymen are simply not very good live.

Ian McCulloch seems happy enough with the obscurer album tracks, but seems to want to wilfully single-handedly destroy their pristine singles back catalogue.

His deliberately obtuse mangling of words, interspersing them with The Doors or Lou Reed sound-bites, is criminal.

How many bands could feasibly end with a high quality trio as The Cutter, The Killing Moon and Lips Like Sugar and treat them (and their audience) with such disdain?

Debris in the shape of both bottles and spreadeagled humans lay everywhere, and those that are upright are very much struggling to walk in a straight line.

At times like these, you need the perfect indie party disco band.

And here they come in the shape of Franz Ferdinand.

After some previous summer festival appearances, they’ve perfectly honed an hour long set with the cream from each of their albums.

Do You Wanna gives us the first mass audience moment of the day, with the dancing spreading to the wings.

Always Ascending sees them add an extra drummer to proceedings, and this gives the second half of the set a meatier edge to it.

They’re one of those bands that people don’t realise have as many big tunes as they do, and the biggest of them all sees Sefton Park properly, to use the vernacular of the young, go off.

There’s flares flying, people on shoulders and mass bouncing, it can only be Take Me Out.

Point off for the cheesy Kaiser Chiefs-esque padding out of This Fire, the time could have been spent fitting another banger in, but on the whole, the perfect aperitif.

John Peel at 80: raising a glass to a broadcaster like no other

Before we continue, a point of order, people who bring footballs to outdoor gigs to throw around the crowd should be banned from festivals.

Just like the Australian Pink Floyd and Deacon Blue before them, Kings Of Leon seem to have been adopted by Scousers as one of their own, the place is full of people who wouldn’t normally do one-dayer indie fests, more like gig Commodores, as in they go once, twice, three times a year to gigs.

You would wonder if they are aware of their local popularity, hence choosing Fusion as their exclusive UK festival in 2019 headline slot.

The lesser-spotted Slow Night, So Long appears pleasingly as the set opener, and it strikes us that, somewhat bizarrely, lead singer Caleb Followill looks tonight like an exact cross between Damon Albarn and Liam Gallagher, with his long coat and short hair (which actually makes him sound more like a dog).

The hits keep coming from here and don’t stop for a good-old while.

Waste A Moment, Supersoaker, and old favourite Molly’s Chambers, are all dispatched with a new found vim and vigour, sadly lacking the last few times we’ve seen them.

There’s all sorts of treats, a moody Milk and a scuzzy My Party show the two extremes of the band to best effect.

Towards the end, there’s some understandable dips, a reliance on the newer album tracks switches some people off momentarily, but there’s generally always a big hit round the corner to lure them back in.

Sex On Fire, the Dignity for the Snapchat generation, is held back until next to last and the reaction is predictably frenzied.

They end, like the good old days with a scorching Black Thumbnail.

In the world of the laboured analogy, there’s probably a 48/52 split favouring new fans over old, but whichever point of view you hold, there’s something for you tonight.

Kings Of Leon are one of the biggest bands in the world, and tonight they acted like it.