What’s the first thing you would choose to do on a baking summer’s evening? Maybe head on a languid walk? Perhaps hot-foot it to a beer garden?

It’s unlikely that you’ll head to the pizza oven that is The Shipping Forecast’s basement – but you should.

If you had done so on Wednesday, July 24, your eyes and ears would have been witness to one of Seattle’s most exciting bands – Naked Giants.

The three-piece stopped off in Liverpool during their UK tour, bringing along Chicago-hailing five piece Post Animal.

Heading into the venue you’d imagine irritability may hang in the air given the stale heat. Instead the night’s music is only complimented by the humid atmosphere.

When Post Animal take to the stage their high-energy psychedelia is a slap in the face. There’s no room to feel lazy in this space, it’s buzzing on new frequency which the audience quickly tunes into.

Pigeon hole isn’t in Post Animal’s vocabulary. They might fall loosely under the psychedelic-rock genre but there’s no pinning them down from song to song – or verse to chorus.

What a night! Waited 3 years for @postanimal to come over, since their amazing Garden Series EP. Really fun live band with a great sound. Completely loved @naked_giants too but didn't manage any photos for them, they know how to shred. Nice one @harvest_sun_promo for putting them on #PostAnimal #NakedGiants

One moment a glaze of distortion winds from the speakers, and the next you’re jumping along to an infectious baseline.

A particular highlight is Ralphie, which manages to include both versions of Post Animal and entwine them into an equally buoyant and visceral talent that’s irresistible.

Deep Cuts returns with August 8 summer sizzler at Phase One

Not enough for you? Joe Keery of Stranger Things was a member of the band until 2018, so get YouTubing.

After a short interval Naked Giants take to the stage, and it’s riff-central. It’s not long before the audience is whipped into a frenzy, with energy no grunge has likely ever experienced.

Initially it was hard to understand how only three people were creating such a weighty sound – later it was clear – intimidatingly talented folks.

This is no run-of-the-mill garage rock trio born from high school boredom. From one bar to the next there is an expert twining of each pluck, beat and note.

One song that best showcased their talents was Slow Dance II, a comparatively relaxed song harking to the 50s – but it soon rips the rug from under your feet and shocks you into the 21st century.

Every potential influence is expertly reimagined so the line between old and new is non-existent – a combination only the best can accomplish.

Finishing up on Ya Ya there’s a new level of elation in the increasingly sweaty ‘dungeon’ (as bassist Gianni Aiello refers to it) of the Ship F as everyone revels in the final throes.

At the risk of gushing, there is nothing sloppy about Naked Giants – their’s is one of the best live performances you’ll see. 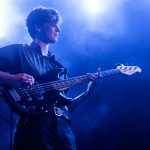 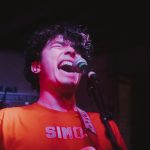 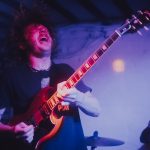 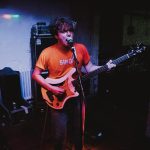 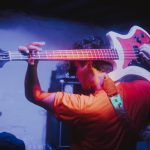 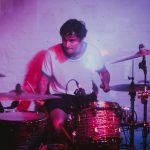 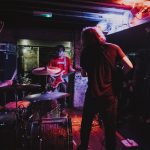 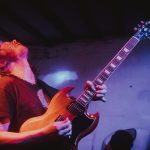 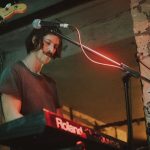 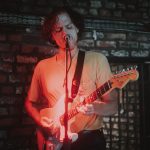 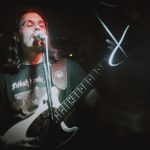 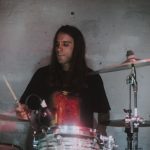 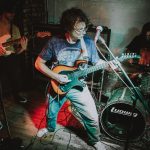 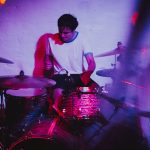