Tina Boonstra rocked the room at Handyman Brewery in south Liverpool tonight, Getintothis’ Peter Goodbody was drinking it all in.

This is the third of a short four date tour for Tina and her band.

Previous dates in London and Manchester as well as tomorrow’s trip to Derby see Tina on the road for the first time, which is a surprise as she’s been making music for a while and starting to get noticed.

She grew up as a songwriter in a missionary family and expected her songs to find their home in the church halls she was so familiar with. It wasn’t until she began performing on the London open mic circuit that she cut her teeth as a performer and honed her craft to draw comparisons with bands such as PJ Harvey, Wolf Alice and John Mark McMillan.

Last year saw the release of six track EP My Concrete Heart (Will Beat Again). And this year has seen a trio of singles in a series dubbed Underrated Animals, the most recent, Second Chance being only two weeks old.

We thought this was worth checking out. Plus, it’s in the Handyman Brewery – a venue that sells decent beer. So, what’s not to like.

There’s a good crowd in here as we arrive in time to catch John Farrington. Tina was at university in Liverpool, so that’s probably helped get the numbers in.

John Farrington has a richness to his melodic piano playing that has the audience well on side. There’s a bit of chatter at the back to start with, but it’s quickly hushed by those who would rather listen to the music.

These were songs full of emotion and feeling, many about love and relationships. It was a talented set and half an hour well spent.

Guy Called Greg reminds us a lot of Stephen Langstaff. Both have similar sounding voices and guitar playing styles. And that’s all good.

It’s difficult to stand out from the crowd as a solo singer guitarist, there are so many of them about, but this set was nicely done.

There’s an album called Simple Life which was funded on PledgeMusic (before it effectively went bust). Go check it out.

Immediately Tina Boonstra launches into her first song of the set we get the Polly Harvey reference. Guitar, piano and drums are making a fair racket in the small room at the back of the brewery.

The guitar leads the way, but the piano and drums (with a tambourine sitting on top one of the cymbals) give a dark and hard edge to proceedings. On top of this is Tina’s voice – strong when it needs to be, soft when it doesn’t.

She has a technique at times of standing back from the mic and bellowing at the top of her voice, so it’s not all picked up through the sound desk. But the room is left in no doubt as to the emotion going on.

She plays Find You, the first single in the Underrated Animals trilogy. It’s about how small things can actually be great and have an impact not related to their size. It’s a slow burn, but at the end, “I find you, I find love, I find peace” are shouted out with all her energy.

Prodigal from the Concrete Heart EP is no less emotional, even if she did start it in the wrong key. Nobody was much bothered.

What we’re getting from tonight is a bill who are all singing about feelings, emotions and relationships. Whether with an individual or the world as a whole, it’s powerful stuff. Especially from Tina, whose set has been spectacular. A real revelation and another addition to our iPod.

For Occupy, Tina manages to get the audience joining in. “Take my skin and bone and call it home”. It works ok, although apparently Manchester last night were better. Ouch.

That aside, this was a top quality gig. It was a fiver in to see three top drawer acts, of which one of the three was simply excellent. We’ve made this point before. Good gigs don’t always cost big money. Tonight was a case in point. 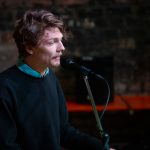 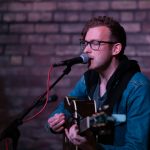 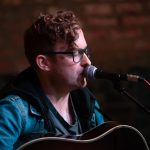 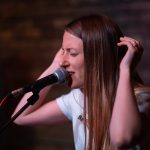 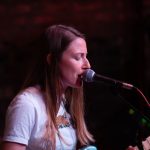 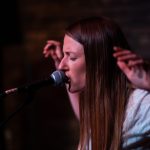 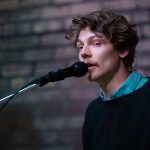