The Courteeners sold out a muddy Heaton Park as the defiant underdogs took their place at the top table of British music, Getintothis’ Lewis Ridley was one of the fifty thousand.

The Courteeeners‘ underdog rhetoric might be repetitive to some, they have in fact played numerous arena tours, festival headline slots, and their own gigs in a smaller Heaton Park capacity and at Old Trafford Cricket Ground.

The support from the music establishment has come, eventually. They are no longer the banned word at NME Towers, and their new album, when it comes, will likely receive as much airplay as any other from the likes of Radio 2 and Radio X. The former even published the stage times for the gig – some turnaround.

It is, however, still very much the case that The Courteeners are sneered at.

Even in the build up, and indeed aftermath of this ginormous gig, there are naysayers. There will have been as many amongst those 50,000 people more there for the occasion as those who have steadfastly followed them for over a decade. That’s either besides the point, or the actual point.

An occasion indeed, began with Pale Waves as many fans, by hook or by crook, tried to get out of the swelling city centre alighting trams, taxis, buses, and a few keen walkers. We are an honest bunch here at Getintothis, and this writer can’t give an honest reflection of the opening two support acts.

The Dirty Hit signed Manchester band and the latter DMAS were popular choices amongst those out to get the one day festival experience – if you could get there in time.

The latter seem to have adopted a similar, partisan crowd, and have their own anthems that are standing firm from across the other side of the planet – it’s easy to forget they’re not actually from these parts.

So, for myself and many others the gig was a more conventional support and headliner.

James, the effervescent, enduring Manchester legends seem to find themselves on support slots more than the top billing – to the extent that some fans might think there’s been a misprint. But no, Sit Down and Laid feature little after half past seven.

“I mean, it’s just a joke isn’t it?” Courteeners frontman Liam Fray had passed comment on Tim Booth‘s collective being below them on the billing. But, as we had already seen, they’ve earned top spot.

The Courteeners- Why are you so in love with a notion? (Live at Heaton Park) pic.twitter.com/SaidQVCOIm

When pyrotechnic haze and a sea of people on shoulders dominates a great section of North Manchester, you know even without a note being played that The Courteeners have torn into Are You In Love With A Notion?

The opening track from third album ANNA has become the traditional curtain raiser. It wouldn’t be the same without it now.

Set wise, it was largely business as usual, The Opener is an emotional highlight. I may have been one of a group of people with something in their eye as Fray chanted: “My heart is here, here to stay” towards 50,000 adoring fans.

New tracks Better Man, Hanging Off Your Cloud and Heavy Jacket will likely feature on their forthcoming album – primed for release soon. They’re a sign that whilst their back catalogue has the crowd jumping front to back, there is more to come for this powerful giant on Mancunian music that has risen from the underground.

There were, of course, supposed issues.

There were queues and, yes, it was muddy. There were some apparent sound difficulties that this writer can’t claim to experiencing, but none of this really mattered anyways. It was, on this night, far from the point.

Smiths Disco won a crowd vote over Please Don’t, and the final stages were made up of the tracks that are any Courteeners’ crowd’s favourites. Gaps between them a chance for Fray to mark his appreciation, this was the point.

Lairy Cavorting and us against the world Here Come The Young Men proceed their classic Not Nineteen Forever before confetti fell with What Took You So Long.

The reprise of the latter continued out onto Manchester’s suburban streets, as always.

The Courteeners have earned their place at the pinnacle of British indie music over the last 10 years, they have earned every single person that came through the gates at Heaton Park, and the fans who have stuck by them while the critics sneered, we earned last night.

Despite the grey skies above, this was The Courteeners’ day in the sun – a celebration of a love that will quite literally last forever. 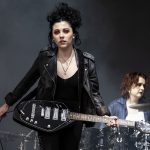 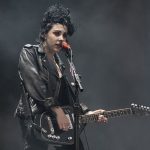 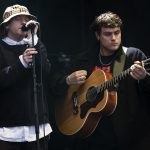 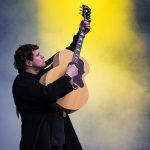 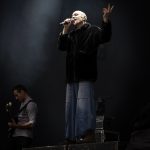 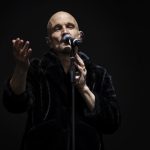 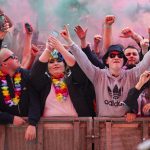 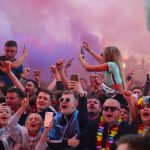 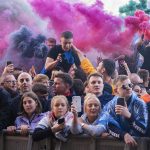 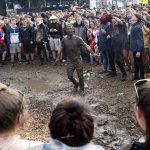 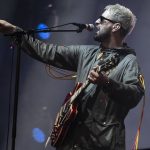 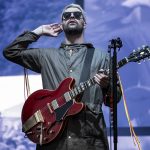 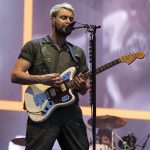 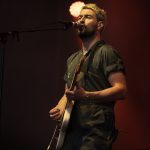 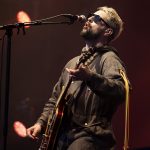