The Coathangers perform to a crowd who have seemingly lost their voice, as Getintothis’ Simon Kirk was there to witness.

With Liverpool’s Champions League first leg tie against Barcelona taking place tomorrow instead of tonight, we’re hoping a few more heads filter through to the Arts Club Loft and as the clock strikes 8, filter through they do.

The reason being local four-piece, Piss Kitti, who have one of best monikers in the business. It’s true.

Piss Kitti‘s unruly clamour isn’t too shabby either, spitting a brand of venom that the likes of punk luminaries X-Ray Specs and Siouxsie and the Banshees would be proud of. There are traces of Bikini Kill and Priests throughout, too.

Bore is the pick of Piss Kitti‘s raw racket – a number taking the Michael out of bands with infinite guitar pedals. Have that! The raucous freak-outs from Kitti Litta runs a close second where are highlights are concerned.

Salt The Snail are next and it’s a riot. Of sorts… Tennis rackets hitting bass guitars, edible setlists in the form of muffins engraved with song titles, bubble machines and band members getting friendly with the audience, meandering around parting with liberal hugs and backslaps.

Knocking out ditties Mate, Coffee, and Lazer Quest – the latter taken from their eponymous EP which was released in March – the performance is admirable in a current landscape where gimmicks are as rare as rocking horse shit. A band not taking themselves too seriously and in this case, we won’t either.

Despite the crowd having thinned out somewhat, it’s time for the main event. Along with Kugel on vocal/guitar duties, is Meredith Franco on bass (Minnie Coathanger) and drummer Stephanie Luke who provides a 40-cigs-a-day-whiskey-drenched vocal juxtaposition (Rusty Coathanger).

In a career that’s spanned for thirteen years, with brand new album, The Devil You Know – The Coathangers‘ sixth – they have produced their finest effort to date. Tonight we are very much hoping that their live offering provides the same energy which radiates from the speakers when listening to this album.

The band enter the stage in matching hooded glittery gold clad. With the backing tape projecting the sounds of chirping birds, Kugel starts us off with the druggy ballad that is Lithium. An odd choice to start, but an absolutely gorgeous number, none the less.

Back catalogue numbers such as Watch Your Back, Nosebleed Weekend and Wipe Out are scattered throughout the set, as material from The Devil You Know gets a solid airing.

Stephanie Luke steals the show tonight taking the vocal reins with the likes of 5 Farm and Hey Buddy. A capable exponent of pulverising the skins, Luke‘s rollicking performance from behind the kit and on vocals is done whilst polishing off one can of lager to the ratio of three songs. Or so it seems.

The band are well-oiled and try to extend their half-drunken exuberance to the crowd who unfortunately aren’t having a bar of the hedonism unfolding before their eyes.

Luke confesses that the crowd is “as quiet as church mice” and that’s probably being kind. If the venue itself isn’t defined as a vacuum for the vibe then those in the audience are certainly setting this trend, for it has become as flat as the Carlsberg being served at the bar.

Alas, the band press on. TDYK opener, Bimbo, is a glib bedroom pop number with a nice dose of grunge. The surf rock Lynchian traipse that is Stranger Danger captures the same primitive energy that is provided on record and is the highlight of the night.

F the NRA is exactly what it says on the tin – a bruising kickback against the gloriously repugnant organisation that is the National Rifle Association. It’s just a pity that it almost falls on deaf ears as the crowd continues to and stagnate in their own lull.

Luke steps from behind her kit and takes the lead, giving us her wild Iggy Pop impersonation with Hurricane, sauntering the stage and the front barrier like a peerless animal. Shortly after, Kugel is reacquainted in her usual position as the main vocalist, giving us her own dose of aggression with set closer, Squeeki Tiki. Stellar performances, but with no reciprocation from the audience these moments don’t provide the desired results.

The band thank the crowd and stumble off stage, probably in search of some more alcohol. Or something even stronger? We don’t blame them.

The Coathangers provide something of a Riot Grrl rawness that budges up next to the flair of the Ramones with the sprinkling pop inventiveness. It’s straightforward but effective.

Tonight, however, with a crowd that are seemingly more geared for a wake, coupled with the fact the Arts Club Loft probably isn’t the ideal venue for such an act, the performance feels flat. Overall, it’s a night where there’s too much meat left on the bone and one which could have provided more from everyone involved. 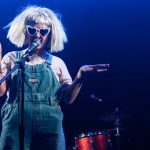 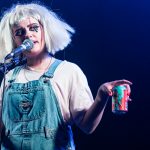 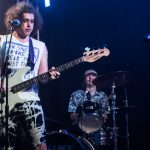 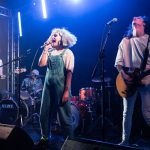 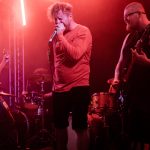 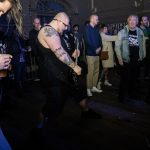 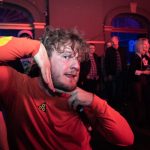 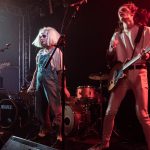 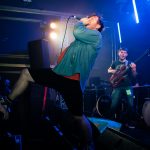 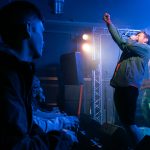 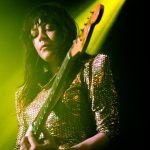 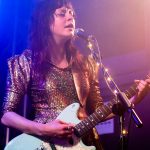 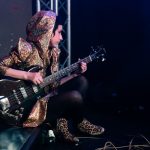 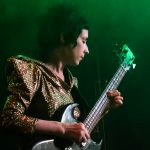 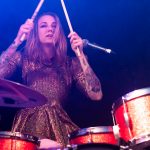