In the latest of our series highlighting the work of Getintothis photographers, we have a chat with wedding and gig photographer, Amy Faith.

We’re racing towards wedding season and that’s the busy time of year for Getintothis’ shooter, Amy Faith. Nevertheless we manged to persuade her to take a little time to answer our questions, for which we’re very grateful.

In between weddings Amy’s recently had gigs at the Invisible Wind Factory, the O2 Academy and the M&S Bank Arena to shoot a varied line up including Stealing Sheep, The Moonlandingz and George Ezra.

Getintothis: Tell us a bit about yourself and how you got into photography.
Amy Faith: I’m a full time wedding photographer who also dabbles in fine art portraiture, fashion photography, vlog making for YouTube and, of course, gig photography. I live with my partner Tom, a DJ, and our dog Maggie. Outside of photography I do a bit of drag and I’m a massive book worm.

In the mid 2000s I did some modelling/stage work and subsequently fell into modelling in a lot of photoshoots. I became more and more interested in the creative (and controlling) side of producing a photoshoot so decided to pick up a camera and see what I could do with it. I was also going out a LOT at the time, but with very limited funds, so offering to photograph events/gigs/clubs/launches/award shows always seemed to bag me a free pass and, quite often, free drinks wherever I went. I combined this with my desire to gain experience using my camera – soon enough I was earning a wage and became well known in the city for my event photography in the booming dub/d’n’b scene in 2010/2011 as well as the VIP bar scene.

Getintothis: What was the first gig you shot?
Amy Faith: The first gig I ever shot for publication was probably 28 Costumes at the original Korova. I was also the official band photographer for 10 Reasons To Live.

The first gig I shot for Getintothis wasn’t a gig, it was the Prince tribute party celebration at the Buyers Club in 2016 (which I attended dressed in Prince-esque regalia).

Getintothis: So what’s in your camera bag when you’re shooting?
Amy Faith: My kit is probably ill equipped for gig photography these days as I tend to only stock my kit for wedding photography, so that means 2 Canon 6D’s with prime lenses only – Sigma 35mm 1.4, Sigma 24mm 1.4 and Sigma 85mm 1.4.

Getintothis: Which is your favourite shot?
Amy Faith: Such a difficult question. Not because I have so many to choose from, but because I am my own worst critic and usually hate everything I produce for about 6 months. My favourite images to shoot were the ones I captured in 2010 (of dirty gurning dubheads skanking in dark venues to music that sounded like robots having sex) with a Canon 650D, which I then proceeded to edited the life out of on Picasa. I didn’t keep the raws, so only have the terrible edits saved; not worth resurrecting for this article.

My favourite image that I’ve shot for Getintothis is probably this one – not of a band at all, but of a girl in the crowd, lost in the music at a Pale Waves gig. We’ve all been her.

Getintothis: Any terrible or fun shoots you’d like to share?
Amy Faith: I once photographed an album cover by dressing my boyfriend in a pin-stripe suit and made him stand on the roof of the Tea Factory to illustrate the lyrics from a song where a businessman throws himself off a building. People soon noticed him balancing on the edge of the roof and almost called the police, I had to reassure them it wasn’t anything to worry about by shouting down numerous times “HE’S NOT SUICIDAL!” during the shoot.

Getintothis: So what’s your favourite bit of kit?
Amy Faith: I’m not particularly a kit geek, I see my cameras as tools, but I’d have to say the Sigma 35mm is always beautiful to shoot with in any situation.

Read our other In The Pit pieces here

Getintothis: Any particularly difficult musicians?
Amy Faith: The last gig I shot at Leaf was slightly ridiculous – it’s a small venue which means you’re always going to be relatively close to the artist on stage. The singer, Benjamin Francis Leftwich’s, set was primarily acoustic so the room was generally quite quiet during his performance… but not silent. I had taken all of 20 images when I started to feel the singer peering at me with his side eye. Soon enough (fortunately just as I was moving away from the stage to get some wider room shots) his security came and told me the sound of my shutter was distracting the singer so could I shoot from further away in the crowd and only for 1 more song. I left not long after that as the room was full, meaning there were no other spots to shoot from and his performance was pretty stationary anyway; I had a feeling I wasn’t going to capture the image of my life within the next 3 minutes 30 seconds. My friend, who worked at the venue, texted me as I was getting into my car to say the singer was by then complaining that the bar staff were distracting him by making drinks too loudly for the gig attendees…

Getintothis: Who are your favourite Liverpool bands to shoot?
Amy Faith: Sadly I have not had the pleasure of shooting any Liverpool bands recently, something I hope to correct this year.

Getintothis: Where’s your favourite place to shoot?
Amy Faith: The Invisible Wind Factory has been quite fun to shoot at recently. To be honest I love shooting anywhere that isn’t shrouded in complete darkness or lighting the stage with just 1 red light! For me the venue is defined by it’s lighting rig (and sound system).

Getintothis: What one tip would you give anyone starting out?
Amy Faith: I have 3 tips – don’t stop shooting, don’t be afraid to throw yourself in the deep end and, last but not least, fake it till you make it. You also need relatively thick skin to be a photographer, being too sensitive or soft may see you at the back of the pack or leaving events without being paid. Shoot first, answer questions later.

Getintothis: What’s the worst advice you’ve been given?
Amy Faith: This is not advice, as such, but a general misinformation that is shared widely – the fact that you have to study photography in uni to become a professional photographer. This is not true. I have never ever taken part in any traditional form of photography schooling; the only training I have received has been through workshops held by experienced photographers in their fields. I would prefer to learn from someone who has lived it than someone who just knows how to teach it. Qualifications are nice, but experience is what will ultimately get you work. Please refer to my tips above and you won’t need to go to uni.

Getintothis: What would be your ideal gig to shoot?
Amy Faith: Anything that would allow me to stay until the end. I loathe the 3 song rule. The best, most emotional, rawest images come much later when the artist is sweating. 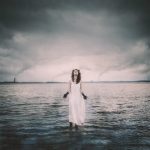 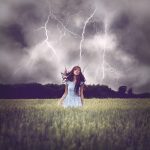 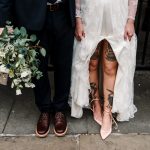 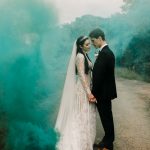 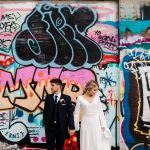 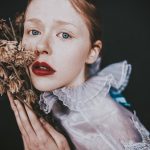 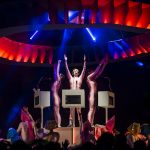 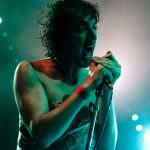 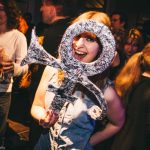 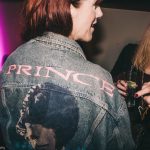 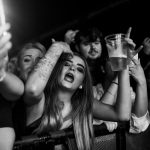 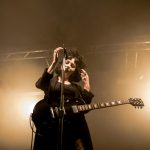 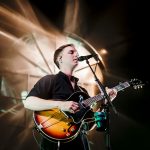 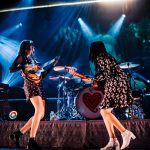 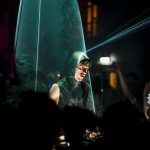