Vile Assembly launched their new single, Last Century Man at District and Getintothis’ Peter Goodbody was quite overcome by the whole affair.

It’s a blistering commentary on the state of the world in which we live, taking swipes at all the things you swerve discussing at dinner parties – religion, politics, corporate greed. That kind of stuff. For the most part the video features images mocking Trump, but Putin, The Pope, Prince Charles and others get cameo roles too.

It feels like raw 70s Crass or Gang of Four style post punk. Like the punks of the 70s were angry and raging at the world around them, so too it feels like Vile Assembly are just a tad pissed off about who’s in charge.

Conceived many years ago, by the nucleus of Paul Mason, Mark Webb and Mark Wainwright, it is only relatively recently the band has reared it’s head to be heard. It was probably the support slot on last year’s tour with The Damned that would have been most people’s first encounter with the band. Since then there has been a handful of singles, a bit of radio play and a lot of shouting, especially Mason’s controversial poetic lyrics.

The founding trio become a five piece on stage, being joined by Andy McLean on bass and David Gaskell on drums. But these are just bland facts, gleaned from our research and a bit of YouTube before the gig. There’s more to come.

It’s quiet in District as we walk in. The barman is watching Southampton v Liverpool on his iPad and the home side are 1 – 0 up. This pleases him for the time being. “I’m a City fan” he says”. Happily for us LFC wake up later on in the match and put three past Southampton to go back to the top of the league for now.

The LFC performance seemed, at the time a decent metaphor for this gig. Starting off quiet, but then running to the finish with clinical ruthlessness. It wasn’t quite to turn out that way.

So, Bandit kick off the evening by scoring the equaliser to an initially pretty much empty room, but after a couple of tunes their driving indie rock began to draw a bit of attention. First two songs are decent enough, but then we get a pause in proceedings.

“You’ve reached your destination of de-Preston” says singer Nat Waters as he reads a poem extolling the non-virtues of his school days and the drug and sexual milestones achieved by him and his mates. It’s funny, personal and rather self effacing – if we could remember the line, we would tell you who gave who a blow job in the back of the chemistry class, but he was going too fast for our notes.

It maybe so, as he points out, that Preston does not feature high up on UK secondary school league tables, but he and the rest of the band are currently at LIPA, so something went right along the way. We’ve written before these last few weeks about spoken word pieces at gigs. We approve; we’d like to see more.

The guys can play, they’re decent musicians and they have the material. Perhaps they should listen to a bit less Arctic Monkeys and a bit more, say, well anyone. But that’s a minor niggle. It’s fun and we’re enjoying it.

They finish off with recent single Waster which is a rousing piece of work and as good as anything you’ll hear on a rock festival stage this summer. It has the band in full out attack mode from the off and doesn’t let up for three minutes of classy riffage.

There have been a few gigs around town for the band recently, but this is the first time we’ve seen Bandit. We’ll be back for more.

SPILT on the other hand are familiar territory. We’ve seen them a few times, most recently with The Orielles at the Invisible Wind Factory just before Christmas last year. They impressed then and they do again tonight.

They also have sufficient following to make District look respectable by now.

That said SPILT are a difficult band to pin down in terms of a description of their sound. They have the clever knack of alternating between the no compromise assault of, say, Nirvana or Mogwai, but then the ability to strip it back right down to a couple of guitar chords and a subtle drum beat before hitting the KERS all over again.

Acid Baby is a prime example of this which, to continue the F1 analogy, has the band overtaking the whole field at Silverstone on the last lap to take the chequered flag with consummate ease.

They are not afraid to take risks. It’s not always an easy listen, at times it’s more noise than anything else. But this crowd appreciates that. Otherwise they’d be drinking Blue WKD in Concert Square.

But SPILT are so much more than just a noise band. They understand rhythm and pace. They know when to ramp it up and when to slow it down as is perfectly demonstrated tonight.

There’s a new album out soon. It’s on the list already.

“Hello everyone. We’re gonna play a couple of songs about how fucked up this country is” says Mason. Vile Assembly give us a brace of songs: Gone and, perhaps surprisingly so early in the set, Last Century Man. It’s immediately apparent straight away that if SPILT are angry young youth, then Paul Mason is an absolutely fucking livid middle aged man.

The band look “normal” enough. A couple of checked shirts, Mason in a leather bomber jacket and flat cap. But, there’s no doubting the venom and anger coming off this stage. The scratchy guitars and urgent rhythms are the perfect foil for Mason’s tirades.

Third song in is Body Bags. Guess what that’s about. So, too, Suicide Feast doesn’t need much deconstruction. Here, the words and the music do the statement. There are no stage antics, no duelling guitars. No showing off. It simply isn’t required.

There are few subjects that escape Mason’s attention, save perhaps love and chocolate box sunsets. Politicians, in particular get it in the neck, but this is just an example of the injustice Mason sees going on around himself, both locally and globally. Injustice, unfairness, greed, posturing – you know – all that kind of stuff.

He should know, he once lived on the streets of Liverpool for a month to better understand what was happening in his home city. It’s hardly surprising he has an uncomfortable and uncompromising message.

By the time we get to Not Quite Fair about two thirds into the set we do not exaggerate to say this gig is having an effect on us. We go and buy another beer from the bar. We’re lucky, we can afford it. Many can’t.

A Vile Assembly gig is a punch in the stomach. And it’s hit us pretty hard tonight. We weren’t quite expecting that.

There is no way we could listen to this every night, let alone every week. But on the other hand, we’ll make a case for saying everyone should see Vile Assembly at least once. And we’ll leave it at that, as the band did, with final numbers Division of Labour and Dem Drugs. 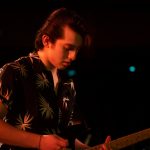 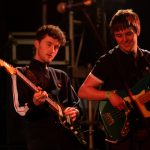 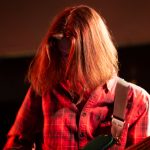 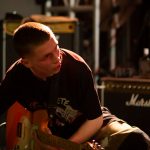 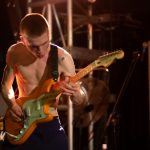 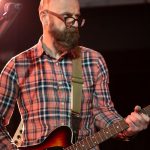 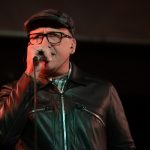 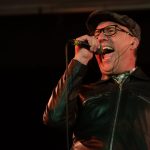 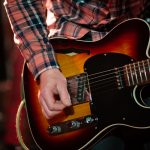 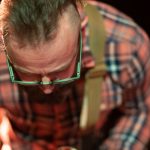 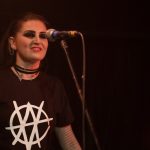 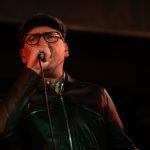 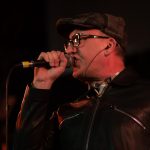 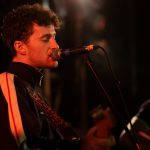