Rose Cousins warmed up a spring evening on Slater Street, Getintothis’ Paul Fitzgerald went along to hang on every word of this engaging and captivating songwriter.

Songs like those Rose Cousins writes feel so much more personal in a close up environment.

The raw emotion in her work becomes more tangible, somehow more relevant to each member of this pin-drop silent audience. Here on her third trip to the city, having previously supported Mary Chapin Carpenter and our adopted son John Smith, this is her first UK headline tour.

It’s giving her the opportunity to get up close to her fans, and to satisfy her curiosity of the ways of the British. (Which is best, Digestive or the Hob-Nob, or why are people from Liverpool called Liverpudlians? –  the real issues of the day). Cousins paints with the emotion of songs, it’s all in the dynamics, soft and tender in one breath, soaring and ethereal in the next. She writes of the abstract, untouchable joy of love, and the crushing despair and disappointment of betrayal.

She tells other people’s stories so well, so engagingly, it’s hard not to find yourself smiling through even the most heartbreaking moments. Rose Cousins is a writer who sees stories all around her, in her family, her friends, and the people she meets along the road.

Tender Is The Man, taken from 2017’s Natural Conclusion takes its lead from the restraint society has insisted men show when showing emotion, how men struggle to deal with feeling certain emotions, and how, to put it simply, its ok for men to feel, to have emotive thoughts. With a beautiful melody held over some simple piano chords, we’re pulled in, immersed in the message.

This is country soul, packed with the message of love, and performed with easy grace by a writer who knows the craft in what she does. Emotions are safe in the hands of writers like Rose Cousins.

Home is the story of Fred and Becky, two friends of Cousins. A delicate, melodious love song, written at the request of one, and for the other on her 33rd birthday. It’s lyric hewn from poems the couple have written for each other over the years, and it’s theme being that in Becky, Fred has found a home. Home is a winsome and elegant presentation, the perfect expression of one person’s love for another. A highlight among highlights, truly.

Art is a product of its environment, and with the final song Donoughmore, Cousins tells of the song’s beginnings. After a week working in a windswept, isolated studio on the west coast of Ireland, the producer left her in the studio for a while, and this song came to her at once, complete and natural. It speaks of the landscape and the home she’d found, however temporarily, in Ireland. It feels and sounds like a traditional Celtic lament, as old as the hills, and built on a love of that land. Again, just a simple, lilting melody, and the softest piano chords beneath.

This was an evening of beautiful song, emotive, nuanced and completely captivating. In the truest sense of sad songs making us happy, Rose Cousins peppers her performances with warmth, wit and a healthy dose of self-deprecation, which serves only to engage this already attentive and appreciative crowd. A happy Monday on Slater Street.

@rosecousins what a voice! Thank you for taking the time to visit Liverpool. Beautiful lyrics and melodies, you are a master of your craft. #trulyinspirational #mondayjoy pic.twitter.com/YpzeRslAaW

Earlier, homegrown songsmith Rosenblume had taken us through a set of accomplished, possibly a little too polished country blues. Steeped in the tradition of James Taylor, and graced with a similar warmth and a strikingly similar voice, Rosenblume has soul. A lot of soul.

A song written to help a friend through some mental health trials, It’ll Be Alright showed a real, genuine attempt to help, a real reaching out. He may have ruined the moment slightly by telling us that though the friend is doing well, he’s never actually heard the songs. For our tastes, Rosenblume’s are heavy on the dynamics, all soft beginnings leaping up to huge anthems chorus.

Though we can’t deny the clear talent, and the power in the voice, it just felt a little formulaic, and at times we could have been listening to one of any number of singer songwriters in a city crowded with singer songwriters. 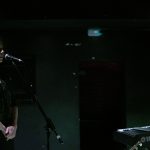 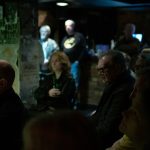 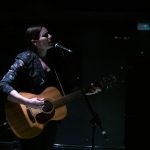 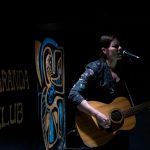 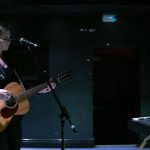 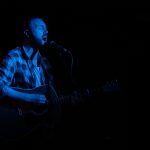 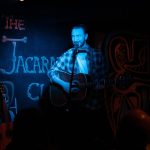 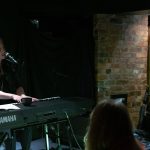 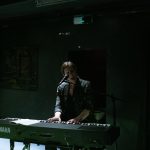