On the most miserable day in Liverpool for a while, Getintothis’ Will Truby finds warmth and high spirits in Newton Faulkner.

There are high spirits in the O2 Academy on Saturday night, despite it being the gloomiest and wettest day in a long while. Upon entering the venue, the guy at the merch stands shouts out that he’s selling kazoos for Newton Faulkner’s set, and that it will be a significant part of the set. Curious.

The room is half full already by the time singer-songwriter Charlotte arrives onstage, and the audience’s spirits haven’t been dampened by the weather. The young singer-songwriter from Hull could easily have been dwarfed by the pretty substantial stage, with just her and an acoustic guitarist.

However, her voice is more than enough to fill the room, and she radiates laid back northern charm in between songs. Her Radio1 friendly acoustic pop songs are ultimately very catchy, and a good few of them have an all too familiar vibe.

However, it is the singer’s voice that really sells the show; absolutely pitch-perfect all the way through, her voice sounds suspiciously perfect. She’s not particularly helped by the fact that the Liverpool Rocks final is being held in the room below, which while not exactly audible it is tangible, with the room’s floor vibrating with a hefty thump of a double bass pedal.

Charlotte doesn’t let that intimidate her though, and easily matches the volume with her dynamic voice, especially with her pretty gnarly cover of Childish Gambino’s Redbone, which really shows off both her’s and the guitarists’ chops.

She’s put together a flyer of all her social media, which is pretty impressive, and for those who don’t understand Facebook very well, it’ll probably work really well for her.

The energy in the room is surprisingly electric by the time that Newton Faulkner comes onstage and sets up. He has a raised platform upon which all his gear is placed, including a number of guitars, drum pad, and samples that he triggers with his feet.

Anyone who is familiar with Faulkner’s music is aware that he records all the parts himself, and usually with a view to being able to play it live. The show doesn’t disappoint, and more than once he’s playing his guitar with one hand, playing the drums with the other, triggering samples with his feet and singing all at once.

He’s static on stage but he’s a marvel to watch.

It doesn’t take long for the aforementioned kazoos to come into use; he divides the room up into four sections and teaches each of us a vocal part, with one specific section left to those that bought kazoos in the audience.

One mistake he’s made is giving kazoos to a bunch of rowdy scousers on a Saturday night, as the evening’s show is frequently punctuated by loud kazoo honks.

Even when he steps over to the side of the stage which is just acoustic, he’s still really captivating. A particular favourite was newer song Finger Tips, which has the guitar grit of The White Stripes but with a super soulful melody. He also plays a rendition of Massive Attack’s Teardrop.

The breadth of his material is really quite impressive, he flows between finger tapping acoustic songs to funk rock to rousing Lumineers-esque folk pop so seamlessly.  Despite being quite calm and reserved, he easily the audience’s attention for the entire show.

He ends his set by playing snippets of covers, comprising of Send Me On My Way, No Diggity, and finally the Spongebob Squarepants theme. Because why not.

If I’m being honest, I was surprised by how good the show was. I remember really enjoying his first album when I was younger, and hadn’t really heard much from him since then. But as it turns out he’s still really popular, and is really quite amazing to watch live. Altogether it was a really phenomenal night with an excellent energy. 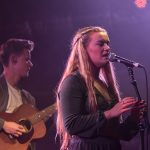 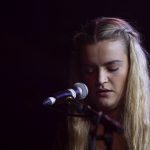 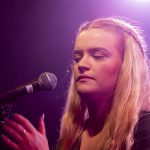 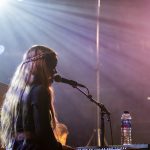 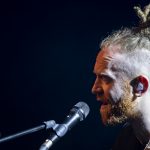 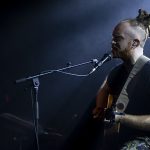 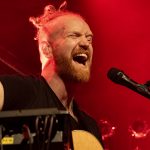 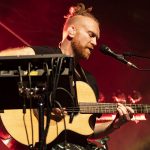 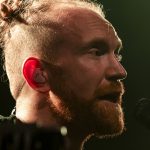 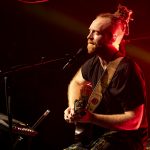