Monks go mental in a completely sold out Arts Club Loft for what seems like a career defining gig for the band, Getintothis’ David Hughes was there for the mayhem.

From supporting Spinn on their previous two headline shows, Monks have grafted hard and worked their way up the ranks, building a cult local and loyal following.

Due to the uniqueness of their sound in this area, while also having their teenage mates at their shows, they attract an older audience as well, with their 70s psych sound and aesthetic appealing to a wide range of ages.

Up first are The Sway, who sound like a slightly blues-ier version of Oasis. They’re an interesting young rock n roll band, with lots of potential to develop into something bigger in time, but just struggle to charm us or the rest of the audience, and the ear fatigue kicks in after the third or fourth song.

They do break their set up nicely, with a slightly slower, more reflective song, that shows they can take a more considered approach, but they just fail to captivate us unfortunately.

Band of the night, in the sense of delivering on expectation, were Cascaders, from whom we weren’t expecting a lot, having heard their demo online, however, they finish with us wishing they didn’t have to stop.

Jangly guitar riffs and ambient synths mean Cascaders have the potential to blend in with the rest of the current Liverpool scene, but the songs and ability of the band mean they shine straight out of the blocks. With the room quite filling nicely at this point, the lead singer charms the crowd and for a few of the slower songs, we see the standard ‘sitting on shoulders’, as the crowd love it.

With a new single set for release on May 1, we’re extremely excited for what they have to offer in the future.

The stage is set for Monks and as the lights go down, what sounds like a cheesy TV title song from a 70s cop program starts to play. By this point the room is rammed, and we’re pushed out through the doors at the back of the room, with the crowd going mental.

They barrel into their set, controlling the crowd at the snap of their fingers, mosh pits forming everywhere. Playing crowd favourites, such as Why Does Everybody Look the Same? and Dreamboat, they wind their way up through the set, each song progressively livening the crowd up.

Monks manage to blend together a mix of genres, from 70s psych sounds, to jazzy and funk sounds, which has seen the band grow exponentially over the past couple of years. The addition of a trumpet gives them a unique selling point, that you certainly wouldn’t find in many bands of their age at the moment, and they make perfect use of it, giving it a solo every now and then; it captivates the audience.

Their performance is tighter than most of the trousers in the room, as they hit every note and beat spot on, they literally couldn’t be more in sync if they tried. It’s an absolute delight to watch.

Midway through the set Monks announce a new song, Golf, with a destined release date of sometime in May, and it goes down a treat. Other audience interactions include telling the crowd of their plans for what they’re going to do after the gig, “And if it gets proper moody, we might head down to Heebies Basement,” being a highlight.

Unfortunately, the last few songs seem to find the audience, of mostly teenagers, distracted by taking photos with their mates, but it’s their loss, as Monks deliver some more faultless songs. They dedicate their final song to Hers, before delivering another faultless performance and leaving the stage.

Running back on to the loudest cheer we’ve heard for a while in this venue, Monks deliver the finest performance of the night for their most popular song Sundried. Literal chaos ensues as both the crowd and band go mental. Bigger mosh pits and louder singing make this the perfect way to end what has been an explosive night that we wish we could experience all over again.

Monks are the perfect expression of old heads on young bodies. While they know how to have fun and get down with their peers, their sound and performance levels are that of someone with a lot older head on their shoulders, they have been a delight. They are certainly a band you need to keep on your radar, so make sure you check them out at Sound City, or any other gig you get the chance to see them. 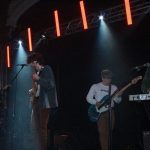 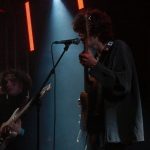 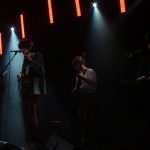 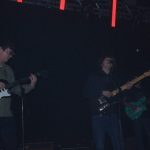 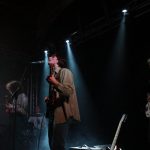 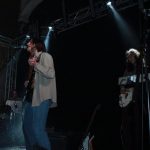 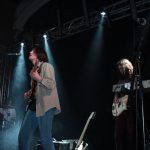 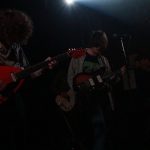 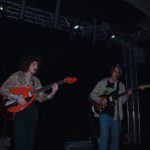 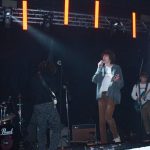 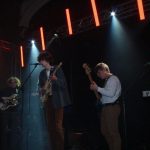