Alexander O’Neal kept the punters waiting at Olympia, but in the end it was worth it as Getintothis’ Warren Millar reports.

We were in a soulful mood to catch this U.K. and Billboard top ten and triple platinum selling artist.

It’s easy to dismiss an artist such as O’Neal nowadays as past it or not relevant, but we’re pretty sure, no matter what your age, the influences and tunes of the likes of Alexander O’Neal and others of the time are relevant.

Even if you think you don’t know any of his work, we’re sure everyone knows or has heard Criticize.

On walking into the venue it looks a lot different from the last time we were here a few weeks ago for BBC 6 Music festival. The whole ground floor is also seated and looks a little more relaxed and chilled out than normal.

With doors opening at 7pm we were expecting a support act to warm up the punters before the arrival of Mr O’Neal but we were told by security that it was just Alexander O’Neal tonight and he wasn’t due on stage till 9.15pm.

We lost count of the number of times we were asked what time it would start and it did seem like a long time for people to wait listening to a DJ at the side of the stage playing 80s classic disco and soul tunes. Some people seemed a bit put out by this but things soon changed.

Record Store Day 2019 in Liverpool – reaction from Probe, 81 Renshaw and Phase One & more

At 9.15 on the dot the band came out with a little intro piece and out came Alexander O’Neal straight into What Can I say To Make You Love Me.

From the first song quite a few fans (and most of them quite young in comparison to Mr O’Neal) forgot about their seats and formed a small but excited dance group at the front of the stage and there they stayed until the end of the show. They all seemed to adore the ageing soul man on stage in front of them.

Waiting for Alexander O’Neal to take the stage @EventimOlympia – bit of a wait from doors opening but if his performance is anything like the others we have seen it will be worth it!

In fact during His rendition of Hearsay one woman managed to climb on stage to dance with the man himself.

Both she and Alexander looked a bit forlorn as security escorted her off stage and back to her dance group.

His set was finished off in some style with three classic O’Neal tracks Never Knew Love Like This, Criticize and Fake.

All the audience went home happy after what seemed like, and was indeed, a long wait for things to kick off. 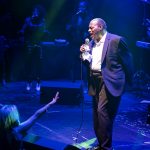 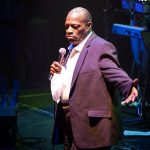 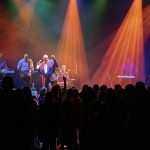 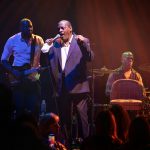 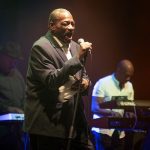 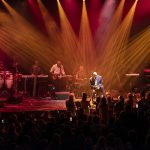 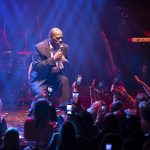 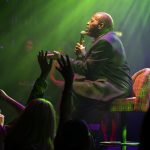 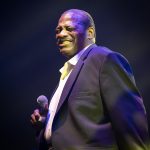 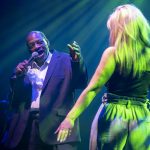