Valeras shone in Jac Phase One with a powerful pop / punk set and Getintothis’ Peter Goodbody was mighty impressed with what he saw.

Valeras’ star is shining bright at the moment.

With recent single Intentions getting noticed on national radio as well as a headline tour, the Reading five piece seem to be getting all their pieces lined up in order.

This is the band’s second sortie to Liverpool, having supported Fickle Friends last year and it just kind of feels right they should be back as a headline act.

Could this be their moment? We think so.

Evol has booked two Liverpool supports for this gig, Indica Gallery and Shards. The latter being no strangers to Getintothis. The former, less so, although we did feature Wait for your Love in Deep Cuts a few days ago.

Indica Gallery have a jangly indie pop feel about them with a bit of psych throwing for good measure. It’s good stuff with the guitars high up in the mix.

New single Wait For Your Love is a glorious piece of thing that slows the pace down a touch, but makes us long for a walk along the beach in the sun, skimming stones into the sea. It’s that kind of feel good song.

It was a lively half hour set that left us wanting more. We’ll be back to see these guys again. They tick lots of our boxes.

Shards don’t really need much of an introduction. They’re a pretty well oiled machine these days having graced the city’s stages many times and in many places. They remind us of The Only Ones, not just the Peter Perrett style voice of the lead vocals, but the songs seem like an 80s post punk brought right up to date. It’s engaging and infectious.

Who Are You Talking To? was probably the stand out, with a heavy bass intro, followed by a guitar that seemed to want to gatecrash the party and successfully managed to do that. Two minutes of Undertones style angst, with the guitar and the bass sparring with each other. A near perfect pop song. John Peel would have played it to death.

Shards are ace and could go far if they could get noticed. They’ve got themselves on the Kendal Calling bill and we hope there will be more high profile gigs. They deserve it. They’re a proper band.

Valeras set up their kit complete with red and white roses on stage. They have illuminated roses on the merch stand as well. Valeras like roses it seems.

Although it also seems like there were more heads in for Shards than stick around for Valeras. And that’s disappointing, but a phenomenon we’ve seen before. The local bands bring in an audience, which is good, the following often don’t stick around for the out of town headliner. It must be so frustrating for all involved – bands and promoters.

Valeras kick off with Colour Me. A punchy little number. An indicator if you like of where this is heading. It’s power pop and long hair flicks. It’s urgent guitars and precise drumming. It’s headbanging and fun.

Valeras are so amazing they never fail to surprise us

The sound in the Jac is crisp and clean and we’re enjoying this as the band rattled off Painkiller, Ricochet and then later on, the single Intentions. All good. We’re liking this.

Their track Ashes was surprisingly Deep Purple power chords and guitar solos and more long hair antics. This band doesn’t look old enough to even know how to do that, but they get it bang on.

There is no doubt on this showing the band has talent, skill and material that should hopefully bring them to a wider audience. They deserve it.

10 songs down and they’re done. Without putting a foot wrong. Splendid stuff. 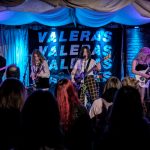 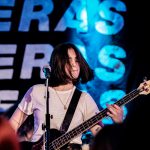 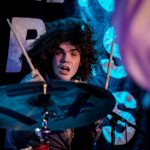 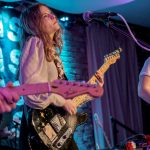 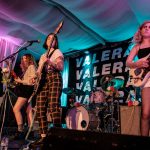 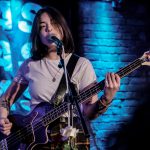 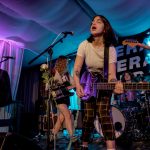 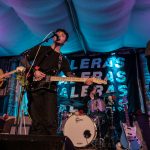 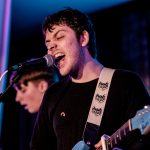 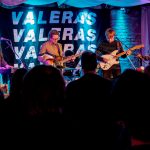 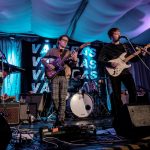 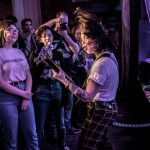