Legendary reggae icons The Wailers brought Liverpool another night of classic songs, and Getintothis’ Max Richardson went along to join the party.

The Wailers are truly a group who need no introduction. Their latest appearance in Liverpool left little to be desired, with the set list covering all bases with a wide-reaching delve through the discography of Bob Marley and The Wailers.

Opening the night at 8:00PM came the simply sensational Jeramiah Ferrari, a four-piece reggae group hailing from Manchester. Fusing elements of various genres including alt-rock and indie into their set, the crowd seemed suitably impressed by the group, who previously supported The Wailers on their last UK outing.

A highlight of Jeremiah Ferrari’s set came with the track Trigger of a Gun, an infectiously groovy track which resulted in a tide of swaying bodies in the crowded O2 Academy.

Charismatic frontman Ryan Paul Mario Barton swaggered around the stage with the fluency of a well-experienced vocalist, clearly passionate about his craft and happy to be there. His visible joy was contagious, and left the crowd surprisingly animated considering the night was still young.

Of course, it is difficult, if not impossible to mention The Wailers without conjuring thoughts of the late Bob Marley. With Marley’s image depicted on a banner at the back of the stage, he was in plain sight at all times, but the night did not once feel like a tribute act or excessively mention Marley.

As the group came on stage to legendary opener Irie, the writing seemed on the wall that this was to be a special night.

Frontman Joshua David Barrett did an excellent job of filling the formidable shoes of Marley, without ever seeming like he was trying to imitate him. Barrett added his own spin to classic tracks such as No Woman, No Cry, Get Up, Stand Up, and I Shot The Sheriff which truly felt like the mark of a talented performer.

The night kicked into a higher gear with Is This Love, with the crowd singing along to every word to the delight of the band. The set was very well paced, with hits spread across the nearly two hour show with great pacing to keep the audience on their toes.

Atop what appeared to be a rotary cabinet for the keyboards, keyboardist Tyrone Downie kept a tablet displaying the other important event happening for many Liverpudlians that night – Liverpool FC’s Champions League fixture against Bayern Munich. Towards the end of the set, Downie broke the news that Liverpool were 3-1 up, largely generating a cheer from the crowd mixed with a few heckles from Evertonians.

When you’re at The Wailers gig in town and they announce its 3-1 👏🏼 pic.twitter.com/c1Z8Yue0NJ

Leaving the stage for a slightly longer period than expected before the encore, the group reemerged to perform three more classic tracks – Redemption Song, Lively Up Yourself, and Exodus.

As the audience left the O2 Academy, there was truly a collective feeling that something special had been witnessed, with a proper feeling of unity found amongst the diverse crowd. 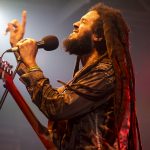 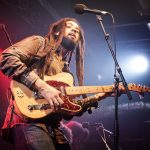 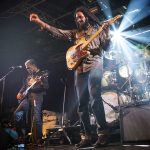 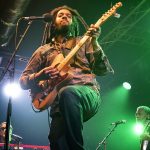 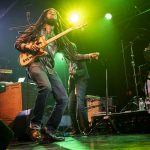 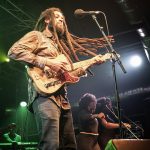 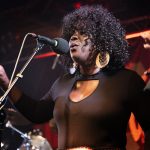 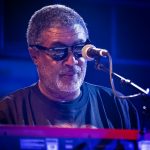 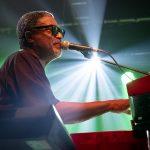 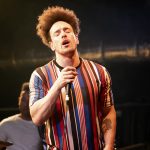 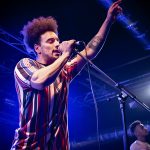 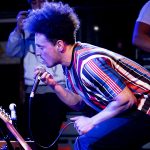