An Orange Conspiracy delivered an energetic performance at EBGBs, even creating a mosh pit as Getintothis’ Andy Sunley was there for the jam.

EBGBs is the type of  venue a “mainstream” music fan would not know exists.

It’s subterranean location and street access point down a set of narrow, and sometimes slippy set of stairs gives it the air of a place where you could see a band before they hit the bigtime.

A place where you could discover an act who may well set the music world alight in a few years. There is plenty of  scope for that too on tonight’s rather eclectic bill.

Opening up is Meu=Meu who are lead by London based poet, promoter and performer Patrick Lyons. Despite being backed by some obviously talented musicians his set is shambolic to say the least. Possibly due to the fact that Lyons has quite obviously refreshed himself more than adequately before his soundcheck. This is a shame, as his latest album Blue Temper is quite a pleasant listen. A more focused performance will doubtlessly be worth catching.

Not only have they expanded their lineup to include trombone player Charley Reed (from Samurai Kip) and fellow Eggy Records signee Beija Flo but they appear to be taking themselves a little more seriously. Even better, they are managing to do so without loosing any of their energy and immediacy.

There is still a chaotic element to their performances but it appears more controlled and they seem much better for it. Beginning with their recent single Every Conversation Is A Sale they please the growing crowd for a full thirty minutes. In the opinion of this reviewer they are always worth watching and new recorded output is eagerly awaited.

London electro-indie outfit Ping Pong Warrior have certainly bought a following with them. There appear to be plenty of people sporting their t-shirts in the crowd tonight.

And they do not disappoint. Well crafted indie pop numbers with some infectious singalong choruses have the front row moving. And whilst the venue is hardly at capacity the atmosphere more than makes up for it.

Cotton Clouds announces The Wailers, Peter Hook and Reverend and the Makers for third edition

At  first glance the stage looks a bit sparse when headliners An Orange Conspiracy take to it.

This is not evidenced by the performance as they begin with the energetic Living In Oblivion. The crowd love it and soon  something close to a mosh pit takes shape. At one point between songs a fan gets up on stage to start a chant of “AOC, AOC.”

An instrumental jam keeps those watching more than entertained before the band bring their set to a close with three cuts from their debut EP Snow Lizard, Queen Of Columbia and Dream.

Incredible night in Liverpool at @ebgbsliverpool to finish up our UK tour, with thanks to @ppwmusic wildfruitartcollective_ , MeU & everyone involved on the night. Huge thanks to… https://t.co/2v0lhpfava

Tonight we have seen a local act display evolution and an expansion of their sound as well as two up and coming acts who will doubtlessly be playing bigger venues in the near future.

If that is not enough to make you wish you had come tonight then we don’t know what is. 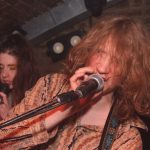 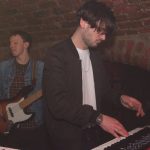 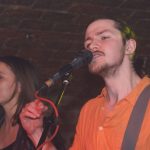 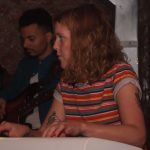 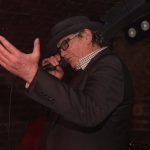 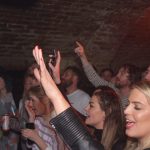 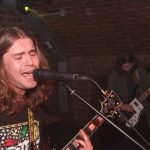 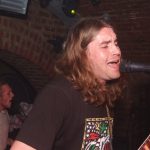 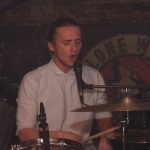 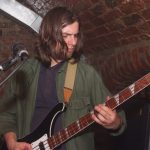 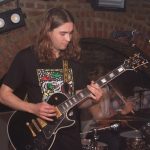 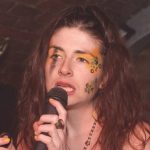