BBC Introducing kick off what’s looking to be Liverpool’s busiest gig weekend of the year with four of Merseyside’s absolute finest, The Mysterines, Zuzu, Queen Zee and Red Rum Club, squaring off against each other in the Cavern Club.

All four bands have recently smashed their own packed out headline shows in venues much bigger than this so we’re hoping for a night of epic proportions.

Tickets had to be applied for through an online application form and it seems it was up to the BBC to decide on whether or not you got the tickets.  We were wondering what the selection process was and with a bill of four bands with such diverse music, how the preselected crowd would take to that.

The next barrier was actually getting into the Live Lounge of the Cavern Club.

Getting to the venue a little after the doors opened we find a huge queue and had to wait in a stairwell shuffling closer to the very back room.  Not really knowing if we were queuing to get tickets checked or queuing for the bar we could see straight ahead, it seemed a confusing process. We imagine some people missed out on The Mysterines as the queue was still nearly to the front door as they started playing.

Blasting through Hormone, giving it all they have and finishing off with a double hit of Bet Your Pretty Face and Gasoline, the energy this band has is always incredible and it seems they’re showing no signs of slowing down.

In between acts we have 6 Music’s Tom Robinson and BBC Introducing Merseyside’s Dave Monks hosting the night.  Monks notes that we are starting off in the home of music in Liverpool.  Which would be fitting seen as the Cavern is where it all began.

Next up is Zuzu who received our GIT Award One To Watch in 2017 fresh from support slots with Gerry Cinnamon and The Courteeners plus SWMRS and a headline show at Phase One.  She starts off by noting how incredible tonight’s line up is and that the fact they are all mates makes it even better.  Showing the supportive power of the Merseyside music scene.

She brings the sweetest summery pop music with a touch of teenage angst that sees one member of the crowd shouting I Love you Zuzu between songs.  It’s during Zuzu‘s set where she has to use the word ‘fudging’ that we realise because this show is being recorded, we’re having to watch our language.

Tom Robinson introduces Iggy Pop faves Queen Zee as being one of his favourite bands at the moment, and quite rightly so.  Queen Zee look to be having an incredible time since releasing their debut album since being in the middle of a support slot with The Zutons and being lined up to support Skunk Anansie.

Queen Zee introduce themselves as The Beatles and are the usual straight up in your face you’d expect sounding perfectly on point.  We did wonder if the songs would have to be carefully picked over for their ‘explicit’ lyrical content.  And yes it seems lyrics were changed, Queen Zee were not allowed to Fuck God, Hail Satan in the Cavern tonight…

During the change over between bands, we get the news through that Liverpool band Her’s just died in an accident while on tour in the US and all of a sudden we don’t feel in a celebratory’ yay the 6 Music Festival is kicking off’ mood anymore.

But on with the headlining band. Red Rum Club describe themselves as Scouse Americana, they begin with scattering red roses on the stage and passing some out to the audience.

Since releasing their debut album they have just finished a run of completely sold out shows all over the country and appear to have built up quite an enourmous fanbase.  They tear into first song Angeline and all of a sudden the whole room is at their feet.

With four mighty Merseyside bands ruling over the Cavern Club we can look forward to a whole three days of some incredible music and line ups in one of the busiest weekends for music we’ll see this year. 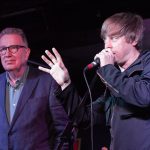 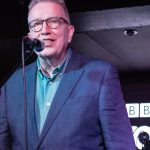 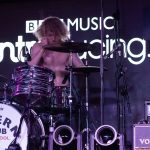 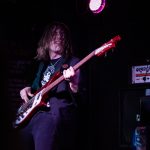 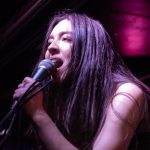 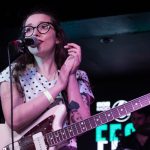 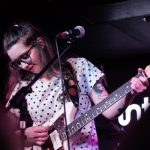 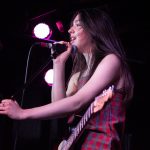 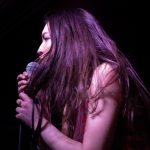 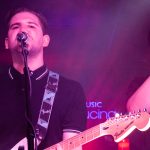 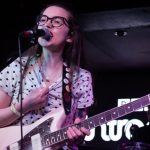 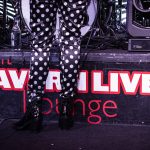 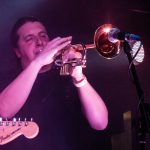 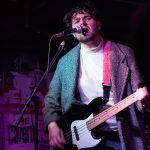 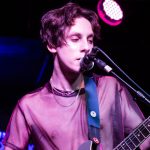 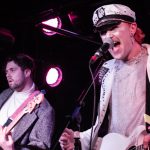 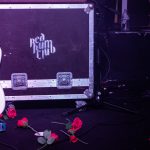 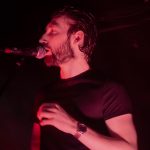 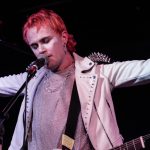 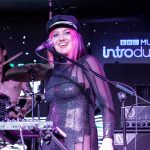 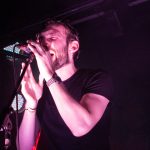 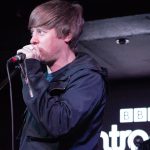