The Delines brought their gorgeous stripped down Americana to a south Liverpool church and Getintothis’ Peter Goodbody was completely sold.

The Delines have already delivered one of the albums of the year. It (the year, that is) may only be one month old, but there is no doubt they have delivered a classic.

Such that Rough Trade declared it to be their album of the month for January. That’s no small accolade. It’s a big deal.

Tonight’s venue is the mighty impressive Unitarian Church on south Liverpool’s Ullet Road. “A mini-cathedral” as we heard one punter describe it. Known for it’s Burne-Jones designed stained glass windows, it’s a building with a rich history and is a local landmark.

It may seem an odd setting for a gig, but in fact it works perfectly. For a start, the acoustics are flawless. Second, the all seated arrangement and the bar tucked away out at the back has the effect of forcing people to listen and concentrate in a way that often doesn’t happen at standing gigs.

Opening with The Imperial, the title track of the new album, The Delines sound superb. Dreamy Americana that glides and shimmies around the church.

There’s a sense of calm pervading around the venue, it’s a combination of The Delines being, well, just cool and the audience being rapt at what is unfolding in front of them.

Lead singer, Amy Boone tells us this is the first time the band has been in Liverpool. “What should we do?” “Go for a walk in the park” says one wag. “That’s what we do in most places we go”, says Amy.

The set was mostly drawn from The Imperial, for obvious reasons, but we did get a did get a smattering of older stuff too, including Gold Dreaming from the now deleted Scenic Sessions album (which was always only available at gigs, although you can now track it down on Bandcamp) and a couple from 2014’s Colfax. All of it  was received enthusiastically by the congregation.

Half way through Willy Vlautin said they were having issues with the monitors. Anna suggested God was testing them. “We’ll just plough on regardless – we don’t really need reverb in this building. We’ll try not to swear, though.“

Had they not said anything we doubt anyone would have noticed. Eddy & Polly, Cheer Up Charlie, Where are you Sonny? were all delivered just as they should have been. Perfect from where we were sitting.

Kudos goes to Nothingville Music (disclosure – it’s the promotion moniker for Paul Fitzgerald, who is Getintothis staff) for this gig. The church was packed and we’d wager with way more people in here than an average Sunday morning. Which suggests an obvious comparison. But we’re not going there. The stunningly beautiful The Oil Rigs at Night was dedicated to Paul, who had apparently specifically asked the band to play this song.

The Delines played out with I’m Just a Ghost from Scenic Sessions. A hauntingly (yeah!) gorgeous piece of music that summed up the night in one three minute tune. They even used the church organ for that one, having asked if they could and not having been told they couldn’t.

This is a band who prove less is more. Their subtle groove and understated rhythm creates a power and an effect that sends shivers down the spine.

Colfax Avenue and Lets Be Us Again as an encore seemed to be there just to hammer home the point once more. There is little wrong being done by this band right now.

Support came from folk balladeer Alasdair Roberts. He has a rich voice and picks sparingly at his guitar in an almost lute sounding manner. He has a number of album releases to his name, but used tonight to play quite a few new songs. It was a decent warm up from skilled technician who was also well known by many present tonight. 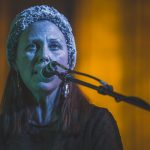 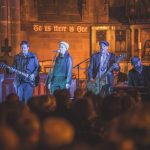 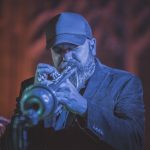 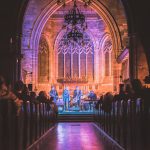 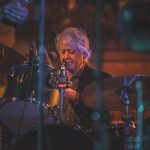 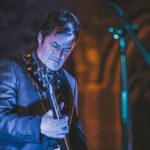 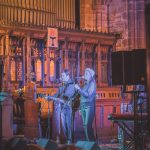 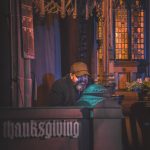 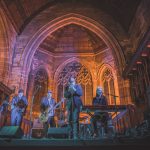 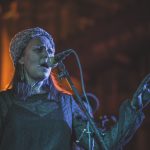 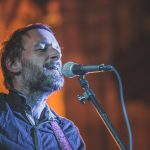 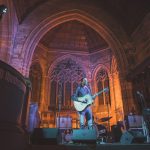