Eggy Records saw off 2018 in style with a crazy shindig at Sound on New Year’s Eve and Getintothis’ Graham Smillie was there to join in the fun.

Eggy Records, ensconced in the basement at Sound Food and Drink have staged some of our favourite gigs of the last year and a bit. There is a special atmosphere about the place and this is embodied in the attitude and make-up of the bands that appear.

Those who wonder about the future of independent music in Liverpool need only take a wander into Sound Basement for Eggy or Sea Bass events. Some of the bands we’ve watched for a few years and they have all developed. Eps, videos and records have been released.

SPQR signed to Modern Sky Records and have an album due soon. Bill Nickson played support to Echo and the Bunnymen to bring his year to a happy conclusion. Beija Flo released the Getintothis single of the year, Mary, a brilliantly individual piece of music.

The Floormen have been recording with, among others, Julian Cope and should have an album out soon. We could go on, but then there’d be no room to talk about the night itself.

We arrived in time to miss Dan Disgrace, sorry, but we were just in time for Ana Mae’s set of beautiful and ethereal tunes. It was this writer’s first experience of her and one we hope to repeat soon. Silver Linings, again a first listen and some good guitar based tunes going on.

Blurred Sun Band were energetic and intelligent and ever so slightly prog at times, which isn’t as bad as it seems. We enjoyed their set and will certainly catch them again. We’ve watched Astles a hundred times, or so it seems, often freezing on a Merseyrail Sound stage. He’s paid his dues and his voice, often quite fragile, has matured into a powerful instrument which really soars tonight.

Accompanied only by his own guitar and a cellist the songs are beginning to fill out and take on their own lives. Exactly why these kinds of events and venues are essential. They offer a stage and, importantly, time to develop and grow.

Bill Nickson, looks like a young Brian Wilson and surely has a massive future ahead of him. The songs are beautiful, hook-laden things, the guitar playing fantastic and he sings pretty well too. He also helps out his mates, what a guy!

Beija Flo. She may be small, but what presence. A great voice, great songs, at least one already a modern classic, but they’re all great in our opinion. Real stories of a real life, there’s performance and poetry and a wickedly sharp tongue for the barflys who won’t shut up at the bar. Sod them, we’re at the front, entirely rapt. She will have a bigger stage soon, we’re sure. She’s a star.

I started my day by listening to a part of the Quran being sung so beautifully, courtesy of my local newsagent. ❤️

We must always swap cultures.

So here’s something you’ll like: https://t.co/PvQcvOYxuO Eggy Records 🍳 just gave birth to Silver Linings, I have a new brother!! 👼

Samurai Kip have been around for a while and we’ve always enjoyed their brand of bluesy, euro jazz. The trombone sets them slightly apart from the usual and the blues voices give them a hardedge that sharpens the effect.

Jo Mary take the stage in time to do the countdown to the new year. Lead singer and Eggy supremo Sam Warren commands the stage well as the band work a powerful set of indie-rock tunes that are as good as any around. The once chaotic stage performances have mellowed a bit, but there’s always a good chance of some crazinessand of course Jo Mary’s bargain bin Bezis off the stage moshing the minute our back is turned, fabulous stuff.

SPQR have had a good year. Newly signed to Modern Sky Records the band play like their lives depend on it. There is a confidence and a swagger about the performance. The set is tight and well rehearsed and bristling with great tunes; we can’t wait for the album.

Sadly, our carriage had arrived and we had to bow out after this, so missed out on Wild Fruit Art Collective and The Floormen, two bands who are also much improved in 2018. 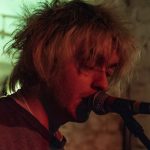 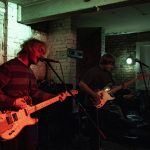 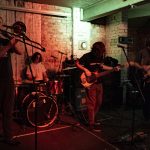 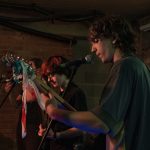 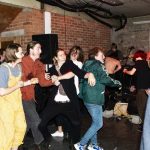 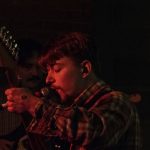 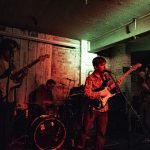 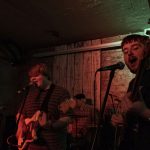 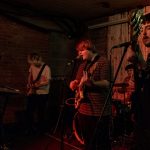 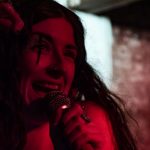 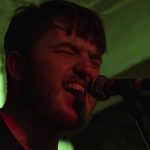 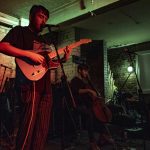 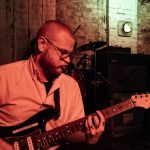