As Michael Head & The Red Elastic Band bring their traditional Christmas gig to Grand Central Hall Getintothis’ Kevin Barrett was on hand for an unforgettable night.

Merseyside has always had this habitual knack of producing incredible songwriters. And what a week it’s been for Liverpool’s gig-goers who’ve been blessed in witnessing three of it’s finest play the city within the space of days.

Following the colossal prowess of Paul McCartney at the Echo Arena, and the delicately beautiful intimacy of Bill Ryder-Jones in the same venue as tonight, some might suggest we have saved the finest of them all until last.

Mick Head’s lyrics will go down in legend, as influential as his songs, it’d be almost impossible to mention his name without a reference to the word cult springing up somewhere.

The adulation he receives from his followers is fascinating. For an artist who’s career has been as unconventional as Michael Head, he still wonderfully inspires, and instills beauty within the music he creates. As consistently compelling in his craft now as he ever has been, this evident in the wide generation demographic that attend his performances.

Tonight’s gig, as pretty much all of Mick’s tend to, sold out immediately, and would have more than likely done the same at least twice over.

Last time out we found ourselves at one of the most celebrated performances of the year under the architectural elegance of the Museum of Liverpool, tonight Grand Central Hall raises a very different setting, a stunning building all the same, now with a modernised revamp. Forgiving some of the Liberache’esq decor for the minute, the acoustics under the great dome are wonderful for the choice of sound on offer tonight.

Opening the support is Charlie McKeon, a Liverpool based solo singer-songwriter, blending traditional folk with contemporary playing, his subtle nervousness is lost in the charming music he presents. A pleasing yet gentle introduction into proceedings.

Second up are The Wood, a four piece with the staggeringly talented Alex Evans on vocals.
Providing a hugely impressive multi-layered set by easing in with a folk intro of just Alex and Steve Powell on guitar, before being joined to the stage by the remaining members on drums and bass where the volume could be suitably raised a few notches.
Fantastically strong vocals throughout the soul infused bluesy-rock pitch was the selling point here, displaying similar traits and range to a younger Paul Weller.

Receiving a hero’s welcome as he unassumingly takes to the stage, Michael Head’s stage presence fills this venue. Leading with tracks from his former band Shack including Stranger and Mr. Appointment before Newby Street gets the biggest early cheer of the set.

A sentimental mention went to Mick’s daughter Alice, his rock as he described her, a touching tribute and a poignant confession of The Strands favourite The Prize being written about her.

As the set develops there’s a befitting intimate feel encapsulating the room. The one large family atmosphere is now pretty standard of a Michael Head gig given the devout dedication of the fanbase he takes everywhere with him, as he dedicates Cadiz to “the missus”.

Gone are some of the inappropriate heckles seen at previous gigs for more shouts of ‘I love you’. Although one critique to note is something we are seeing more and more, completely frustratingly there’s a few factions within the crowd that feel the need to continuously chatter through the set resulting in the obligatory hushes from all around. As also seen on Thursday’s Bill Ryder-Jones’ gig it’s an enormously irritating trend that seems the norm for some.

Aside from the talkers, a double of Sgt. Major and Hockens Hey is definitely one of the biggest crowd pleasers. Picklock leads onto Comedy to the delight of all, joined by Nathaniel Cummings from Peach Fuzz for vocals, this moment will be spoken of for a long long time, a huge crescendo to the song erupted with laser and confetti shower filling the rotunda.
Adios Amigo was stunning, and Meant To Be could have lasted an eternity and this crowd would have stayed for an encore.
As the 21 song set came to a close, there was no way anyone was letting Mick off the stage. A further 3-song encore ensured they had overstayed the stage allowance time, but no one cared one bit. What Michael Head & The Red Elastic Band have found is a formula that excites and enthrals, collectively the 14 members will walk off this stage and wonder what has just happened.
This truly was a special night for Liverpool music, a performance that will be etched in the memory of everyone who was lucky to be in attendance. 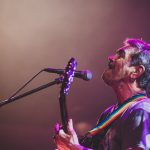 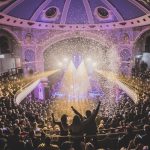 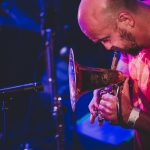 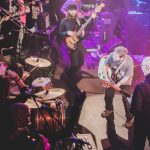 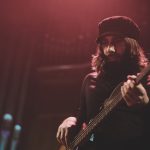 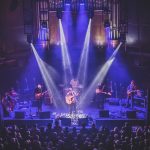 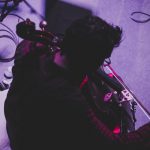 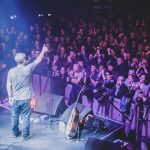 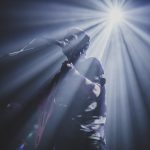 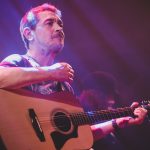 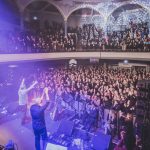 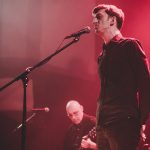 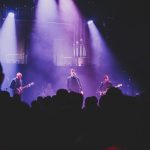 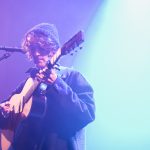 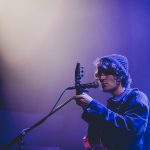