Hype artist SOPHIE sold out 24 Kitchen Street, Getintothis’ Peter Goodbody  was there to dance the night away into the small hours.

Such a massive name and such a small venue, it was no surprise this was a sell out. It could probably have done double.

SOPHIE‘s new album, Oil of Every Pearl’s Un-Insides is, presumably the trigger for this tour that has seen her play Los Angeles, San Francisco, Vancouver, New York, Toronto, Montreal and now Liverpool.

Taking to the stage at an apparently fashionable 1.30am for dance heads this was a gig in a world and time we confess we rarely inhabit.

But first, we need to actually get into the gig. We were told it was last entry at midnight and to be prepared for a queue and search thing. So, we gulped down our fried rice in Chinatown and got there at a respectable 11.30pm.

To find a massive queue all the way down Jamaica Street. Ah, well.

The guy behind us is doing his nail varnish and complaining about the northern weather (it’s not that bad – we didn’t even need our big coat). He’s come from Exeter for this gig. This is the SOPHIE appeal. The queue feels like it’s so big, we have no idea how all these people will fit into 24KS. But somehow we do.

We’re asked by security to have our ID ready. “You don’t need ID, man”. Guess we look suitably over 25. We’re well out of our comfort zone already.

Warm up DJ Bryn is going down a treat. There’s dry ice all over the place and there’s even a queue to get in the gents. Eventually we manage to get a beer and pause for breath and a chance to look around.

What we see is a sea of people having an ace time. Everyone is smiling, even the ones who aren’t jumping around. It’s feel good city and it’s infectious.

Bryn gives way to Object Blue for the pre-SOPHIE hour. Where Bryn was all jumpy house shapes and Big Fishes, Object Blue is much more experimental and abstract.

Which for our ears is more interesting. We get an hour or so of knob twiddling and noodling, which sounds like damning with faint praise, but was in fact really arresting stuff. It’s good when artists do different things and Object Blue was just that.

October dates done, headed back to London now to have three weekends off 💫 really glad I got to take a walk on the Docks before I left Liverpool. I'm going to go hide in the studio now 🚪 pic.twitter.com/upAYTy9tmX

The set started slowly, but, as we suppose any decent DJ would do, it ramped up and up. By the end of the hour, she had 24KS in a complete frenzy. Think Sasha on speed. We were hooked.

Steely Dan to be joined by Steve Winwood on UK tour

She finished her set smoking a cigarette. We asked security, who were standing next to us if they had any issue. “Nah. She’s an artist. She can do what she likes”. Correct response.

This evening is getting better. And we’re yet to see any sign of SOPHIE.

Even the ID requesting guy is dancing now. Just wish he wasn’t doing it right in front of us. But that’s being picky.

So cometh the 1.30-ish hour (we do this just for you, you know) and SOPHIE hits the stage. And plays in the dark.

The music is sublime, though. SOPHIE has an infectious kind of appeal that’s hard to pigeon hole. “My face is the front of shop” she sings on Faceshopping. It’s a bold statement, but we see where she’s coming from – image is all important to her.

And this crowd buys into it totally. For an hour she could do no wrong.

So, it’s a shame SOPHIE wanted to hide in the shadows, but this audience didn’t care, was lost in the music and lapping up the moment. And to be fair, SOPHIE is her own thing, doing it on her terms and not having anyone else set the limits.

That was reflected in the audience too, with all manner of weird and wonderful outfits on display and all manner of gender fluidity out for the night. We got the sense this was the perfect place and no one was there to tell them otherwise.

So, three cheers for SOPHIE who may have denied us our usual bedtime hot chocolate, but it was worth it for the chance to see a different side of the music scene.

There was only one real downside to the night which was some fucker half inching our pint while we went to the loo. We hope you enjoyed it. We bought another one while writing this review, so there. 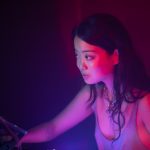 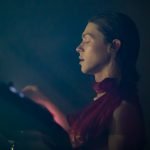 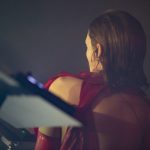 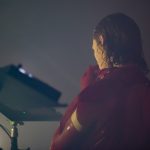 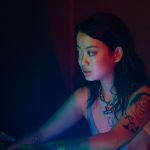