Chelcee Grimes’ stock is appreciating by the bucket load as she demonstrated in the Arts Club tonight and Getintothis’ Peter Goodbody is rather wishing he’d invested earlier.

Chelcee Grimes is busy these days.

When she’s not writing her own songs, or penning verse for the likes of Kylie and Dua Lipa, she’s holding down a full time job as a professional footballer at Fulham FC.

It’s difficult to see how this all fits together and certainly there’s no chance of a full blown tour this time of year for Grimes if she wants to carry on playing football. This is the second of a brace of dates, the first being in London a week ago. Apparently Fulham are accommodating at the moment with her music career, but you feel something may have to give soon.

Opening sets from Satin Beige and Sub Blue set the evening up nicely, especially the former, to our ears. A soulful half hour was a perfect warm up.

But truth be told, it was all about Chelcee tonight. It was no ordinary gig crowd this, either.

They’d made an effort to get dressed up and there was a definite Saturday night in the town feel to this otherwise rather gloomy, cold and wet Tuesday. We’d left our sparkly top at home and we’re feeling somewhat under-dressed.

50% of new guitarists are female: She Drew The Gun, Girl Ray and Adwaith discuss why

So, at exactly the advertised time of 9.10pm, Fulham’s most musical footballer takes the stage in the Arts Club Loft. Her traction is such we’re surprised the place isn’t busier but maybe that’s the weather or just Liverpool being weird, as happens sometimes.

Never mind. If you weren’t here, you missed out and not a single punter present tonight felt short changed.

Grimes’ personality is infectious – she could light up a black hole. Which is pretty much what she proceeds to do for the next 45 minutes or so. That’s no complaint – leave them wanting more.

Despite having precious little of her own material (as opposed to stuff written for others) released in the wild, this is both an adoring and knowledgeable audience who sing along to most of the numbers.

“I’m sweating already” shouts one joker after song no 2. It’s all taken in good humour though. It’s that kind of night.

Grimes’ music reminds at times of 2018 version Kylie. That catchy pop with a slight country twang in the background. Not always, but we now see why she and Kylie were a good fit when Kylie recorded one of Grimes’ compositions. It’s not ridiculous to compare the two. Grimes plays better guitar though.

There’s a surprise inclusion of a stripped back and slowed down version of Teenage Dirtbag in the middle of the set, but the crowd pleaser was always gonna be I Need A Night Out, the most recent single as the last one of the set.

Quite what those in charge of her football career at Fulham make of that, who knows. But what we do know is there are as many facets to Grimes’ music as there are to her life as a whole.

The album will surely do well. And on this showing we’ll definitely give it a spin when it comes out. On tonight’s evidence Grimes has demonstrated a pretty much impeccable pedigree.

No encore either. We approve. 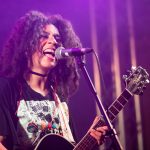 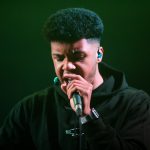 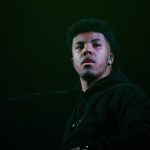 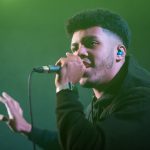 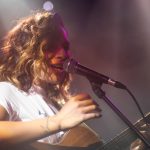 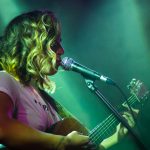 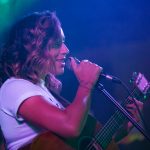 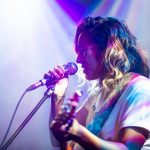 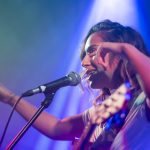 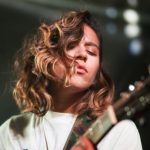 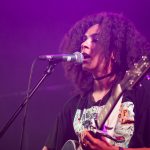