The Brummies, The Irenes, and Kez took to the stage at Studio 2 for a night of new music, confusing geography and Iron Maiden-ish riffs and Getintothis’ James Szumowski was there for the ride.

Upon arrival at Studio2, a small queue of ten to fifteen people has already assembled, trailing down Parr Street.

Although a real mixture is present among the crowd, there is a definite feel of youth in the air. The odd Dad has been dragged along, and once the doors open the occasional awkward boyfriend is seen standing at the back as the venue pipes in Tom Petty and Cream. As the clock ticks towards the curtain call the room begins to fill, and the average age rises.

Opening tonight are local newcomers Kez, impossibly young and handsome, who charmingly stumble through some technical issues until the rogue amp is kicked into gear by the sound man. Their set opens with She’s Running At Me.  Still finding their feet, there’s the odd missed note and some squealing feedback to contend with, though they manage to hold things together and swing into the danceable Paperweight.

Conveniently for a Liverpudlian guitar group, they have a left-handed frontman, though he’s on six strings, rather than four. As they progress and settle further into their groove, they pull focus towards their song-writing and away from their musicianship. Their initially sloppy sound becomes tighter, cleaner and more driven. By the end of their third number, their initial nervousness melts away and a touch of cocky arrogance comes through.

As they travel through influences such as Nirvana, The Strokes and heavy metal drum breaks, the little bits and pieces they’ve borrowed from each become more apparent. Yet to really put a stamp on their own sound, and still very much in their infancy, their set meanders through rock and roll influences without ever really settling. Definitely, ones to keep an eye on, their technical ability and knowledge of their genre breaks through the initial fog.

Manchester Gigs of the Month, September 2018

The Irenes open with Mystery immediately showing their extra experience, they’re tight as a drum and their banter matches. It becomes quickly apparent that the younger members of the crowd have come purely for The Irenes. Journeying through influences like The Arctic Monkeys, The Pixies, as well intermittent drum fills taken straight from Queen, their set contains big singalong chorus’ and heavier-than-heavy guitars which bring the first (and only) mosh pit of the night; though again, one feels this is more a sign of kinship from their fans than an actual reaction to their music. Good fun, though.

Their mixture of ‘whoa-oh-oh’ chorus’ and foot stomping verses encourage the dancers to the front, and they close strongly with their upcoming single, Maniac. Lyrically intelligent, but musically blunt and taking hints from Sum 41 mixed with early 2000’s emo, their set ends with their strongest song.

The Brummies, surprisingly enough, aren’t from Birmingham. Not really. They’re from a Birmingham, just happens to be the one in Alabama.

Their recent release, Eternal Reach, brings together the psych-rock vibe of the Sixties and the soft indie-folk of the Nineties. Taking two members from Texan acoustic duo John & Jacob, The Brummies’ practised stage presence is obvious to all. Having seen two up-and-coming bands strut their stuff, The Brummies polished professionalism stands out.

Opening with floaty, My Morning Jacket esque vocals and classic rock guitar, The Brummies’ sound is a welcome break from their more pop-punk support acts. Takes Some Time continues the groove lead vibe, and though the under 18’s have filtered out after seeing their local peers leave the stage, the remaining crowd rushes to take their place at the front.

It’s obvious after a handful of songs that The Brummies have held on to their country & western roots, Norway sounds a lot like First Aid Kit with narrative vocals building slowly above quiet drums and keys, before strings break in to carry the anthem in to stadium-sized country rock, with never-ending harmonized vocals.

Returning to their roots with Ride with me – an old John & Jacob favourite – their soft-prog influences shine through again before melting directly in to Guilty Face, back and forth vocals intertwined with chugging guitars that invoke an Iron Maiden galloping rhythm.

The groovy hip-swinger unites the shared vocal harmonies with heavier guitar work. Their best song of the night.  Throughout their set, the odd keyboard, trumpet and guitar solo breaks up their rhythmic snake-hipped sound, and while their set comes to a more relaxed close, their obvious tightness and professionalism makes for an immeasurably pleasant evening. 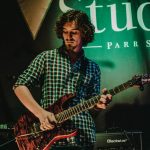 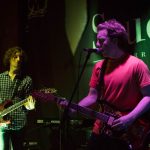 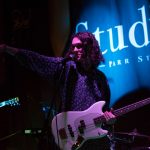 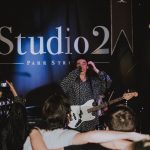 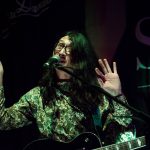 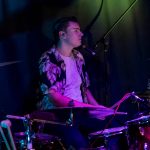 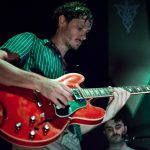 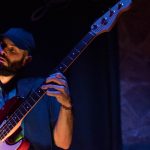 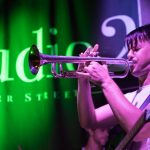 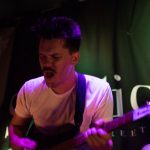 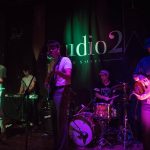 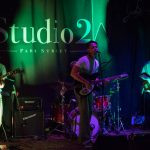