Pussy Riot brought their brand of Petrovka Prison Blues punk protest prayers to Liverpool and Getintothis’ Matthew Eland was there with his balaclava.

Pussy Riot are never far from the news.

They first came to worldwide attention in 2012, when their “provocation” in the Catherdral of Christ the Saviour in Moscow landed two of them with a 21-month jail term and a conviction of “hooliganism motivated by religious hatred”.

Since their release, there have been further happenings at Sochi and the World Cup 2018 final. Maria Alyokhina and Nadezhda Tolokonnikova have even found time to film a cameo for House of Cards and appear at an Amnesty International concert at the invitation of Madonna.

Their presence in Liverpool is in support of Maria Alyokhina‘s memoir Riot Days, and this in itself presents something of a problem.

Perhaps in response to the amount of exposure one or two members of the feminist collective have received, others within the group have stated that their “shows” are always illegal, that their spectators are “always spontaneous passers by“, and that they will never sell any tickets.

Because of this, and because only a handful of songs have so far been released, we’re not sure what to expect from the evening.

Also, Alyokhina had to escape Russia to even be here, driving one thousand kilometres through Belarus to swerve a travel ban.

This is against a backdrop of election tampering and Novichok poisonings.

What have we let ourselves in for?

Are we going to end up on some kind of watchlist?!

Any questions about what kind of evening lies ahead are answered immediately.

Some people are already heading for the exits; presumably this dude with his dick out is not quite what they had in mind for the evening.

The point perhaps is that you can perform this act on stage in the UK with relative impunity.

In Russia you’d be in the paddy wagon and on your way to Perm before you could say “Drink up, Comrade.”

That said, the venue staff aren’t happy about it, and it’s not the last act of insubordination they have to deal with.

There is smoking – real-life smoking – like it’s Keith Richards or something – and the ejection of what looks like the entirety of their rider into the audience, with Maria Alyokhina passing bottles of water to her band-mate to be sprayed across the crowd.

Around 40 bottles of water are sprayed at everyone within 20 metres of the stage.

This is another act that sends people heading to the margins.

When they’re not up to mischief they stare straight ahead and read out extracts from Riot Days, while the English translation is subtitled behind them.

Alyokhina is centre stage in a black dress. There’s a saxophonist to her right that looks like a lady Nick Zinner, and to her right is a topless male percussionist.

Top ten protests songs of all-time – and why they matter

To Alyokhina‘s left is another man, the already-referred-to self abuser, who chants backing slogans and slips in and out of a big leather coat when he’s not cavorting about with Bez-like glee.

The music isn’t far removed from that of their recorded output; it has a dub-like swagger and a minimalist hip-hop feel, leaving ample room for the triumvirate of voices that tell the story of Alyokhina‘s incarceration and eventual release.

Ultimately this is a theatrical piece; these voices act out the anguish of sleeping on a plank, of celebrating your birthday knowing that your next one will again be held behind bars; but it also celebrates the ecstasy, of finding a friend in jail – a fellow political – or of finding that your supporters have unfurled a banner calling for your release from the concrete tower block across from the yard.

One moment that’s almost lost among the chaos is a still of Alyokhina‘s young son, stood in the snow outside the jail with a sign that says “Free Moms“.

Trump, fascism and the rise of the extremism

It’s the most poignant instance of the personal duelling with the political, and a reminder of the sacrifice that Alyokhina made.

Ultimately, another sacrifice may lie ahead.

If she decides to return to Russia it seems likely that Alyokhina will be arrested.

Playing a run of shows in the shadow of that is more punk rock than lashing water around, than smoking, than being lost in Onanic abandon in front of a load of strangers.

At the end there are images of a van on the screen.

The subtitles ask us to consider that if we see a van like that across the street, then perhaps they’re watching us as well.

Freedom has to be fought for every single day, say Pussy Riot.

Then the lights come up and we’re asked the question: are we really free?

Just saw #RiotDays by @pussyrrriot at The Arts Club in Liverpool.

@pussyrrriot just witnessed something amazing! Left all wide eyed with goosebumps down my back! That is protest, that is art! pic.twitter.com/2aidCQDBOw 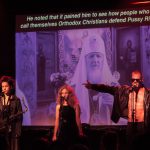 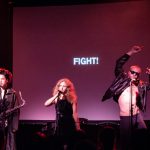 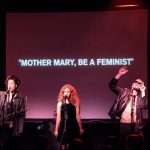 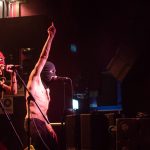 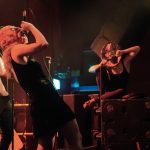 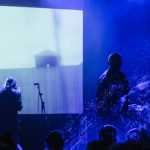 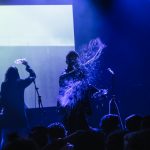 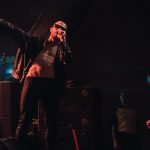 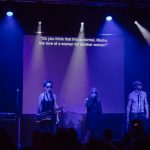 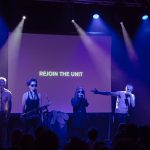