There’s a party at On Air and Getintothis’ Peter Goodbody wants to see if a free gig is any less better than one you have to pay money for.

It’s a summer bank holiday and for Saturday, at least, the weather is actually ok, despite the usual warnings of plague and pestilence in the local press.

On Air in the Cains Brewery Village is having a party and we’re all invited because the price of entry is zilch. Yup, here’s a mini festival and it’s free to get in. Sounds decent. But when you see the bill has the likes of Liverpool heavy hitters The Mysterines, psych heads The Lemonade Fix and fast rising disco boy TRACKY then it’s deffo worth checking out.

Seven bands are on the bill for Saturday and proceedings are kicked off at 5pm by 2ME with his cross between rap and Billy Bragg style angry poetry, soundtracked with an acoustic guitar. It was an unexpected, but effective, mixture to get the party started.

On Air is one of the more interesting spaces in the increasingly happening Cains Brewery complex, albeit contriving to give the impression it was once a warehouse on the Lower East Side of Manhattan. It has a decent sized stage and with a capacity of maybe a couple of hundred it could become a welcome addition to the stock of Liverpool gig venues. We’d certainly like to see it get used more for this type of event because it’s a good fit.

Even the soundcheck for Pennylands drew cheers from the back of the room, OneTwo, OneTwo being particularly well received. But it’s clear during the set proper there’s a lot of love for this band in the room and their punk / grunge thing draws quite a few people in from outside.

Although we’ve only been here an hour or so, a pattern is emerging. Because there’s no admission fee, there are no tickets or wristbands and people are free to come and go as they wish. Right next door is Birdies Bar, which is mostly open air, so quite a few folks will come and watch some music and then wander out for a bit of sun before coming back in for the next band.

It works ok and there’s a steady flow of people coming and going all evening picking and choosing between bands.

Big Bambora mirror the sunshine outside with their feel good brand of rock disco that Liverpool seems to be so good at (ok, they’re from Skelmersdale, but that’s close enough). They get plenty of heads bobbing along. It’s infectious and we’re totally sold. This line up is delivering great music, and that’s before there’s a band we’d heard of takes the stage. So far it’s all been new to us.

And that’s one of the reasons we go to gigs like this. We are always looking out for new music and we just love it when a gig or a mini fest such as this throws something new and excellent our way. Big Bambora fit that ticket just fine. We weren’t the only ones either – there were a few people we spoke to tonight who rated them. There’s an EP on iTunes and we’d downloaded it before their set had ended. You should as well.

The Oranj Sun duo gave us some trippy electronica in a kind of Goldfrapp fashion. They certainly knocked out some of the heaviest bass so far tonight.

By now the numbers in On Air are starting to swell and by the time TRACKY comes on stage there’s a reasonable crowd. It’s not full, but it’s respectable.

He’s the disco monster, dishing out the grooves from his funk guitar playing and backing from his laptop. His smile is engaging and everything is cool in TRACKY land. It’s pretty cool in here too, despite the minor tech issues he had before he got started. His happy, dancy set goes down just fine.

“Hi, we’re The Lemonade Fix“, say The Lemonade Fix before starting to prove they can psych and prog with the best of them. We saw them at Constellations a couple of weeks back and they impressed then as they do tonight. They’re a proper quality act and we dig that they aren’t afraid to give us songs that last much longer than the pop standard 3.5 minutes.

There’s plenty of chance for them to explore and experiment with their sound. The band hasn’t been around for long, born from the ashes of Sugarmen, but they’re making an impact in all the right ways. Letting their music do the talking.

The Mysterines are a big draw and they get the biggest crowd of the night. With precious little on line presence this band really does rely on its quality as opposed to the hype. Following a pedigree of supporting bands such as The Coral, Goat Girl and Miles Kane these three are worth coming out for alone. It’s fiery punk done just spot on.

Like a Runaways on speed, lead singer Lia Metcalffe belts out the numbers with a growl that seems to come from a more aged voice. It’s quite magnificent and we don’t really know how a band this good is playing a free gig.

Finishing off with I just love to hate you. A two minute statement of intent delivered right at the end. Save for the feedback from the guitar left leaning on the amp. The Mysterines weren’t going quietly. And that’s fair enough.

Sunday is a more mellow line up and, well, life, meant we couldn’t get down as early as yesterday. But we did get GIT award–winning Zuzu doing an acoustic set.

It’s also proper raining today, but that didn’t seem to put off the Zuzu massive from coming down. Playing without a band this was stripped down punk and really rather good. It’s a short set – 20 mins or so, but as always, less is more. And this was definitely more. Top quality.

Hanover brought another dose of disco in a similar vein to Big Bambora last night. Totally solid and much as we personally love the no compromise psych of Lemonade Fix and Zuzu’s punk, this band is a round peg in a round hole for a gig such as this. They fit the Cains demographic well and they were well received. Totally fine. They treated On Air like it was the Pyramid Stage at Glastonbury – ‘Hello Liverpool!’ – more than once, but that just shows they treat the gig with respect and it would be wrong to take it any other way.

Hanover finished with a thanks to the organisers (clearly well brought up lads) but they also made the point that mini fests / gigs such as this are important because it gives bands a space to play and exposes the punters to new music they may not have heard before. And we applaud that sentiment 1000%. Well said boys.

Our night gets wrapped up with Gazelle. She’s Deep Cuts alumni and we dig her groove. She also hit the main stage at LIMF earlier in the summer with the Liverpool Phil Orchestra, so her pedigree is in no doubt.

She oozes class and she’s got all the right ingredients mixed in exactly the right proportions. The songs, the voice and the band. It all comes together as an R & B masterclass. It was a boss end to our sadly brief day two of this excellent shindig.

What did we learn?

Well, On Air is a top quality venue with an excellent sound system. It’s to be hoped the live music offering can be developed and this place can carve a slightly different niche from some of the other bars in Cains that are in danger of becoming a Concert Square 2.0.

We also learned there is top quality music to be had for free. There’s no need to pay £116 for vip tickets to see a shitstorm. There are local promoters and bookers all over this city putting on gigs for less than the price of a pint and, as in this case, the same as the price of a glass of tap water.

We’ve also said before (not just above), our litmus test of a decent festival is that we discover something amazing we’ve not encountered previously. Check out Big Bambora who get our prize for the band of the gig. But, actually check them all out, because we didn’t see a bad band all weekend. 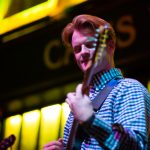 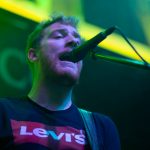 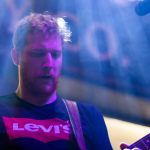 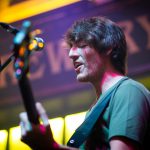 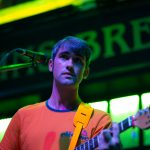 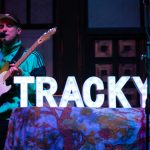 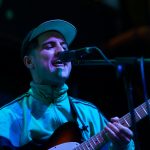 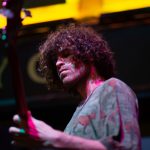 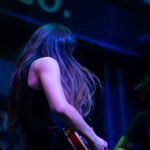 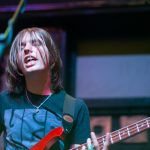 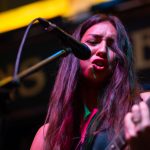 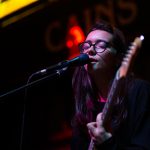 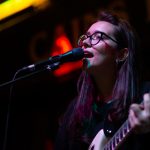 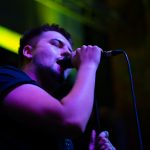 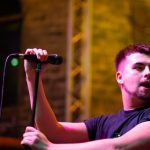 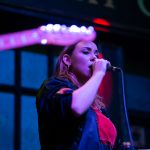 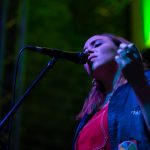 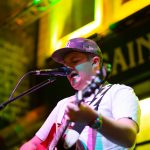