As part of Liverpool Biennial 2018 Beautiful world, where are you? Getintothis’ David Hall saw the premiere of new music from Immix Ensemble.

If you’ve ever been to St George’s Hall for a gig, you know that it’s a splendid space.

The Concert Room can’t be beaten in terms of grandeur. But how many times have you seen live music in the Civil Courtroom?

That was the proposition that faced us, seeing a new collaboration between Immix Ensemble, singer-songwriter Jennifer John and Manchester-based guitarist Stuart McCallum entitled Bold By Name, Bold By Nature.

The first was Thorne’s Cloud Rungs Wing Dancers, a skeletal piece of violin and two saxophones.

The droning and toneful movement began scratchy and quiet. From bare and mournful beginnings, it progressed to a crescendo through sharp mood changes and stings, before the latter part rocked back and forth on pockets of notes monomaniacally.

To the movement’s stately close, the musicians’ breathing could be heard through their instruments in the hush of the courtroom, which provided an imposing but intimate setting.

Next it played host to extrapolations of construction site field recordings, which didn’t sound like the most promising thing ever.

But with fluttering high pitched violin backed with the thrum of bassy synth textures, the music itself was far more appealing than its description.

Liverpool Biennial 2018: Beautiful world, where are you? – Getintothis’ reflection

The Jennifer John collaboration that followed the interval was more straightforward, for anybody who found Thorne and Hunt’s compositions too conceptual. Stuart McCallum’s mostly acoustic chord sequences were easy to follow for both the accompanying brass and strings and the audience.

Bold By Name, Bold By Nature wasn’t just one movement, but a collection of songs ruminating on Liverpool. ”The lifeblood of the city, the changing face of the city,” as Johns put it.

Some songs were heartwrung meditations on family, heritage and loss, like That Man and Me. Others were noisier and more bombastic, yet atmospheric, such as What Have You Done For Me.

By the time the cascading finger picked chords of final song Shout For My Love, the atmosphere had changed to joy, sending the crowd into the early evening with a spring in their step.

The Civil Courtroom proved an appropriately unusual setting on the night, for pieces that explored the city of Liverpool as an entity.

How many people’s lives have been inexorably changed in this courtroom and places like it down the centuries? There’s history in that austere dark wood panelling. It’s worth exploration, and its story to be told.

When Johns’ pure voice rang around the echoing room and reverberated through the acoustics, you could almost hear the city itself speak. 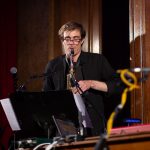 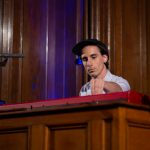 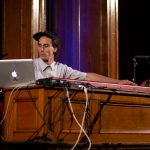 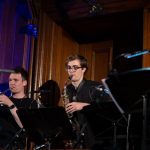 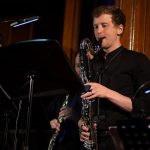 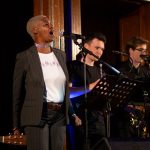 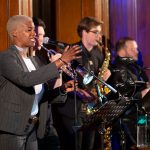 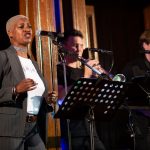 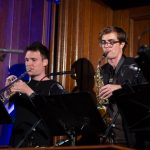