Saskatoon outfit The Deep Dark Woods brought their emotive brand of alt-country to Leaf, Getintothis’ Amy Chidlow was there to soak up an elegant performance.

It’s not often you see a band being supported by themselves at a gig, but Canadian group Kacy and Clayton opened up the night at Leaf’s upstairs venue before quickly changing their instrumental arrangement, introducing one more band member and transforming into The Deep Dark Woods.

You find yourself asking, why play as two separate bands, why not just perform under one name and save us all the confusion? But the more you examine each song and who is singing it, it makes perfect sense that these musicians shouldn’t be restricted under one name if the art comes from several different places.

It almost seems like the band had dressed for the venue as Kacy’s wonderful scarlet dress stands perfectly against the rooms red velvet curtains. It’s a classy sit-down event which seems to promote a sense of order across the room as no one dares speak while the acts play, leaving plenty of silence for a clear and crisp sound to fill which front man Ryan Boldt compliments himself.

Kacy and Clayton’s set warms the crowd up for a night of deep southern guitar sounds and haunting voices. Their marching beat song Brunswick Stew has that spinning and old tail style, which gets toes tapping and hands clicking. Guitarist Evan Cheadle now takes to the stage, and the band becomes The Deep Dark Woods.
This new sound has a slightly stronger force to it with the additional guitar and backing vocals. There’s so much feeling in the way both Ryan and Kacy sing as they both move in perfect sync. Almost as if the same voice was split between two bodies, yet their contrasting harmonies complement each other brilliantly.
“Such a beautiful room in a wonderful city” Boldt states as they close the night with a formal introduction to each member of the band during a quick exitlude. 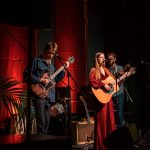 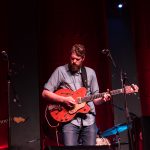 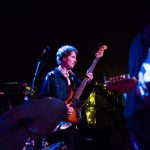 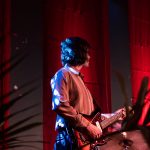 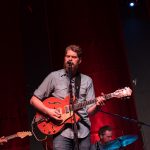 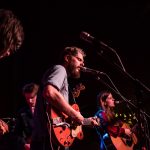 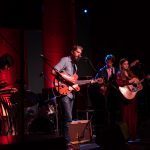 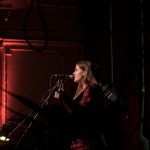 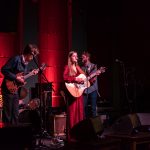 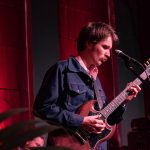