Sunflower Bean played Invisible Wind Factory and Getintothis’ Luke Chandley was there to see if they lived up to the hype.

Fresh from the release of their second full-length CD – Twenty Two in Blue – and with a genuine buzz around their music, Sunflower Bean embarked on a UK tour that would surely heighten their status from a low-key delight into something a little more above-ground.

Tonight’s show would provide an insight into their live chops and show us if the hype was warranted, and whether our team is right to be full of excitement for their future.

As a result of a venue change from The Magnet (RIP), tonight’s show was moved to downstairs in Invisible Wind Factory’s Substation. First up were London band Sorry.

With their slight electronic backdrop and brash, barely understandable vocals, Sorry offered us a moody yet upbeat (Is that possible? Answers on a postcard) set that included a mix of solid grooves and a raw guitar sound like fit the aesthetic of the venue like a glove.

There was only one act supporting tonight, which was fine by us because it meant that the main event popped up sooner than expected.

Sunflower Bean started the set with the opener to Twenty Two in Blue, Burn It, and in so began to set the tone for the night ahead. They screamed their vocals with aplomb and they ripped through each note like it was their last while the atmosphere built in the room as each and every member of the crowd moved ever closer to the stage.

By this time, the venue had swelled to what must have been near sold-out capacity, and with that a real feeling of a secret being let out: Sunflower Bean had hit Liverpool.

Getintothis picks the best albums for you every single month

Even a batch of cutesy but charming crowd interaction in the form of “who is your favourite Beatle?” (the answer is George, of course) couldn’t dampen the mood ahead of their storming anthem Crisis Fest, as they punched and shouted and pumped their fists to the lyrics “no, no, no!”

A highlight of the night for sure, a song to check out on record, and keep an eye out for if you’re ever lucky enough to catch them live. Something you should try and do.

As they slide through their set, you get the feeling that this is what music should sound like. Catchy enough to tap a foot or bob your head, but with enough vibrancy and screeching venom to bring a smile to the lips of any rock and roll fan. They have true New York City swagger and style but are likable enough to hang off every word they say.

While they said their first show in Liverpool was a pleasure for them, the pleasure truly was all ours. The room swayed and cheered and sung and we got the feeling that this may not be the last time they visit our coast and indeed our bigger venues. But until then, we’ll be spinning their music, ready and waiting. 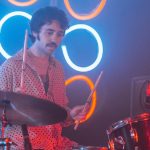 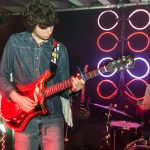 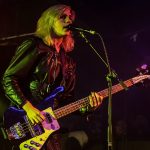 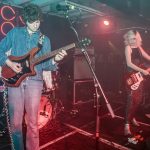 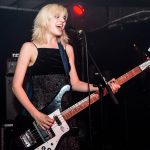 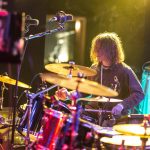 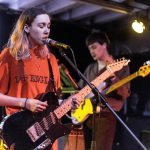 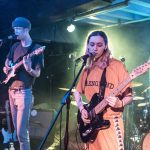