As Nick Ellis and Mellowtone host a special evening at a special venue, Getintothis’ Amaan Khan finds himself at a gathering more than the sum of its parts.

Some things are obviously surreal as the door of Ullet Road Unitarian Church‘s open to reveal the local spoken word artist, poet and Violette Societa brain Roy addressing a semi-drunk congregation surrounded by the light from the majestic glass paintings.

Roy‘s stories take a different appearance in the church’s reverb than when we have seen him in smaller clubs. Some comically-fitting demented sermon! Dark and full of humour just like his stories. He returns again for a better set before the headline act. “My name is still Roy” he reintroduces himself before delivering some more profound stories about waking up in strange rooms, deciding to kill yourself but outdone by your brother (dark!) etc., spiced with even profounder statements.

Between the sets, Ali Horn is the first musician to take the stage. It is interesting to see his usual rock get stripped down to its bare bone songwriting in his solo acoustic set. Representing the new generation of songwriters, he manages to hold his own before handing it over to Linster Sangster – this night’s great surprise.

Sangster has been around in subtle amounts for a while – found in Liverpool’s compilation of its acoustic songwriters and more. We aren’t the only ones to note that she has some similarities with local bard Michael Head in terms of phrasing, diction and songwriting. Tune after tune – she gets better with only minimal talking in between with the most notable being her remark that it’s been one of her best shows. There is nothing more to note about her set except that just as subtly she has won a lot of hearts during her short stint and it is all too obvious the audience doesn’t want her to go.

We’re sorry Nick, but there is another headliner present and that was the exhibition of John Johnson and Robin Clewley‘s photographs decorating the other corridors of the church. While Robin Clewley‘s work is more than the portraits it claims to be, with the regular scenes of day-to-day city life turned into scenes out of a neo-noir. Provocative in the sense that the ordinary can be turned to romantic if viewed through the right lens.

On the other hand John Johnson‘s work is the most profound portraits of the already poignantly ordinary in an extraordinary city. The photographs capture everything from Liverpool‘s capital of culture celebration, demolition of Kazimier, the Black Lives Matter protest, protest against EDL march etc. It is the depiction and story of a whole era in this city and take our word for it – these photographs will be the prime global gateways to this era of Liverpool in the future. Many in the audience would be able to recall being involved the moments these photographs capture – making this exhibition have an additional depth of personal history and sentiments.

As for Nick Ellis himself, many regular followers of his work will concur that this was the best show he has delivered. From his debut solo work Grace & Danger where his songs reverberated through St. George‘s Hall to a record – Nick‘s songwriting knows using the majesty of a church to its benefit. Prophetic and hypnotic – his catalogue is pretty expansive after three albums. While materials all the way from Maybe?’s make it into the set, some of his regular tunes get sidelined to make way for new crowd favourites.

The highlight came as a simple, but burning with brilliance, guitar solo that didn’t seem to end and didn’t feel like it should end. It is remarkable how good the man’s songwriting and voice must be to take the limelight from some dexterous playing. He lets himself go and ventures out in a jam that can just as easily fail but doesn’t – instead delivers like a thrilling journey with an exhilarating conclusion.

The experiment in community turned out to be a successful one with the venue immensely supplementing it’s grace and beauty while the bring your own booze policy serving just as well. More importantly, leaving the event open for all ages and keeping it free for under 14s allowed the attendees to bring their kids and add to the warmth of the event. Kudos to Mellowtone and Nick Ellis for daring to try something different and making it succeed beyond the sum of its parts. 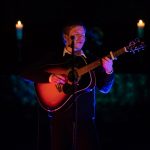 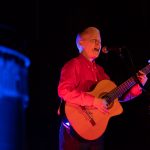 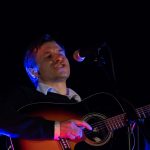 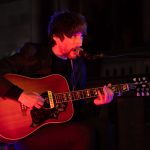 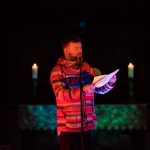 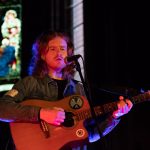 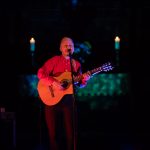 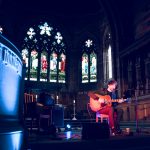 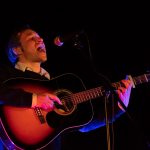 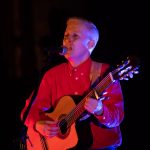 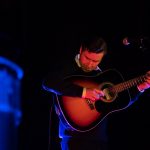 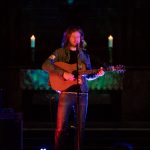 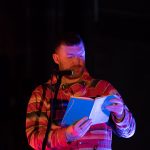 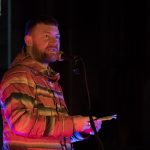 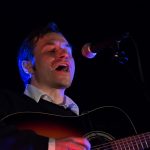 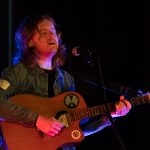 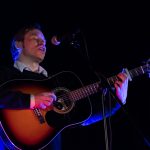 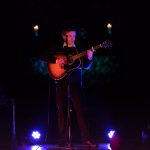 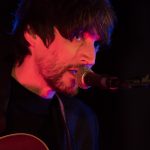