Grant Lee Phillips brings his take on Americana to Liverpool and Getintothis’ Jamie Bowman gets reacquainted with a great, underappreciated artist

‘He never writes a set list!’ laughs the sound man at tonight’s Grant Lee Phillips‘ gig when I enquire as to the name of one of his new songs. ‘He hasn’t done since about 1995.’

This freewheelin’ nature seems to sum up the career of Phillips, who has played the role of all-American troubadour perfectly since splitting his critically acclaimed trio Grant Lee Buffalo in 1999.

Now on his ninth solo album, Phillips is in good cheer as he’s greeted by a packed Music Room on the warmest night of the year. ‘What is this? The sunniest day since 1940 or something?’ he laughs, armed only with a huge acoustic guitar and a big grin as he launches into an opening set of songs from his latest release, Widdershins, which sees Phillips try to make sense of what’s happening politically in his native US.

It’s pretty obvious who is the target of early standout King Of Catastrophes (‘From what I hear of fascism I wouldn’t put it past him’) and it’s a credit to the power of Phillips‘ new songs that the audience show no signs of restlessness during the early stages of which turns out to be extraordinarily resonant night of alt. Americana.

Those fans are rewarded by a trio of tunes from his former band which act as a sweet reminder as to why they were so highly rated back in those days when the opinion of Michael Stipe could make or break an act and grunge ruled the airwaves. Pick of the bunch is a stunning version of Mighty Joe Moon from Grant Lee Buffalo‘s 1994 sophomore album of the same name.

The Coral reveal Move Through The Dawn, Sweet Release and *THAT* incredible artwork

Without the band’s trademark mix of distorted guitars, mandolins, banjos and blaring harmonicas, the song is allowed to breath and rely on the sheer power of Phillips‘ powerful voice. The results are stunning.

Recalling his first visit to Liverpool with his band 25 years ago, Phillips is happy to wallow in nostalgia for a while but other new material like Miss Betsy, The Wilderness and Great Acceleration all confirm this is an artist enjoying a career boosting purple patch.

All the while, it’s those vocals that keep reminding us of Phillips‘ special talent. At times a throaty roar, it can soar upwards to beautiful heights as it does on the inevitable and crowd-pleasing version of Grant Lee Buffalo‘s Fuzzy which acted as the band’s calling card all those years ago.

‘I’ve been lied to, now I’m fuzzy’, sings Phillips with the crowd straining their own voices to join him on the song’s exultant chorus.

Well here’s the truth: Grant Lee Phillips is back and there’s never been a more timely opportunity to get reacquainted with one of alt-rock’s most underappreciated voices. 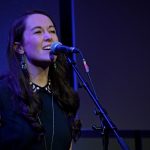 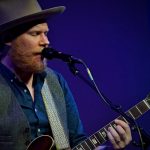 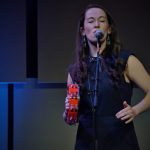 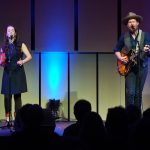 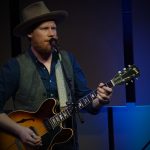 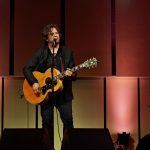 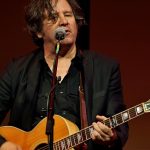 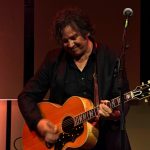 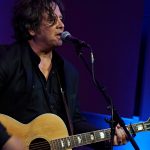 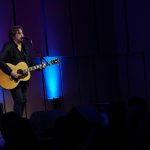 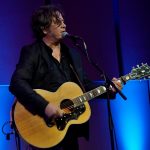