Drenge are back in town and Getintothis’ Luke Chandley was down at the Invisible Wind Factory to see them storm the terraces.

After their huge 2015 CD Undertow, hype around Drenge was at fever pitch. They have a huge sound that, in theory, should suit tonight’s venue – the spacious, industrial Invisible Wind Factory – down to the ground. And it’s a ground that will host the pitter-patter of many excitable feet, as the Grand Reopening tour promises to catapult Drenge back into stark focus.

Tonight’s first act Strange Collective take to the stage to relatively low fanfare. In such a large room, the opening slot is always a killer to energise, but as the music starts the bar drinkers move forward and all of a sudden we have a show on our hands.

A weird act to judge, Strange Collective are neither bad nor remarkable. What they lack in originality (they’re offering up indie rock) they make up for in energy and a keen desire to not merely make up the numbers. Which is exactly what you want to encounter if you’re turning up for a show this early. So fair play for that.

Shortly after Strange Collective finish, The DSM IV come on and you’re hit immediately by their frontman, the enigmatic cheerleader of the whole troop. Excitable, exciting and often walking through the now-packed crowd, mic in hand, singing along to the hypnotic beat of the electric drums and the 80’s bass beats, there’s already room to be intrigued.

Whereas Strange Collective suited the label of this evening’s support act, it could be argued that The DSM IV would benefit from being the main event to a more lively crowd, an audience that had turned up for these shenanigans specifically: people who are ready to get fully involved. DSM didn’t deserve the static gaze they got. They’re an act to be drank in by the gulp, not simply appreciated from the side.

My Bloody Valentine’s Isn’t Anything at 30 Years Old

Just before Drenge take to the stage, the tech team unfurl a big, red ribbon and attach it from one side of the stage to the other. This indeed is a grand reopening.

The band join the stage with a massive cheer like we’ve rarely seen at a live show, and give us a speech about returning to the stage. It’s a charming start and raises a smile on every face in the room.

It doesn’t take long in their set before their adoring fans’ feet to leave the floor, jumping up, down, left and right. The joyous jolt of the pit is a site for eyes sore from tamer gigs gone by. The thrash of the drums and the wail of loud guitars still has power to encourage a violent sway even to younger generations.

The attraction of Drenge live (as well as on CD) is that they’re incredibly raw, their music almost primal. They shred through their set with very little distracting from the fact it’s just the fans and the music. That was before the band dedicated a song to Mo Salah, Liverpool FC’s latest talisman. After that, huge sections of the crowd start chanting the Egyptian’s name. A mix of music, football, and culture. The Liverpool Way.

Along the way, the band announces a monetary collection that was made next to their merch stand, which will go towards an economic regeneration fund, joined by a classic fundraising big cheque made out of cardboard and felt-tip pens. Such generosity is rarely seen on stage, and it goes to show that these lads are a band to support, mainly because they’re clearly good dudes with great heart.

Drenge are a stand-out act in British rock music. Their talent is married with work ethic and a likeability that will see them go far. Tonight’s showing was impressive as the curtains rise on the Grand Reopening. 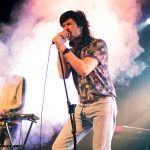 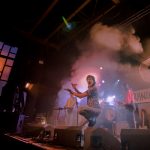 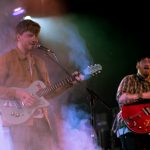 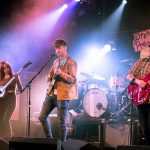 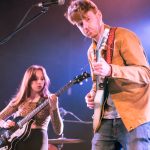 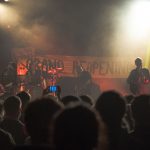 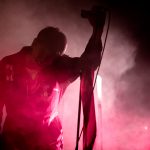 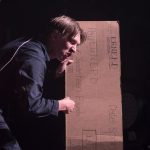 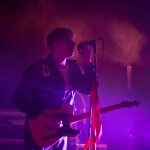 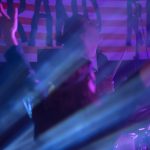 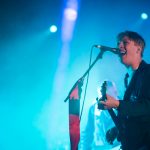 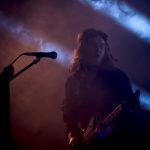 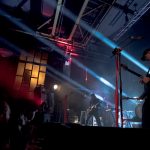 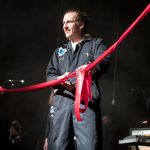 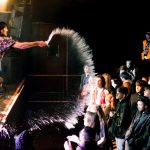