‘Diversity‘ seems to be a word being thrown around a fair bit in Liverpool at present.

Certainly when it comes to the music scene, or lack of therein. While, there’s without question, much room for improvement we’d argue we’re pretty much committed to presenting music from all shades of the spectrum at our monthly Deep Cuts nights and column. The only criteria we’re after is: great, new music.

That’s most certainly on offer once again on Thursday April 5 when we spring back into action with a bill you’d be hard pushed to match in terms of musical stylistics on offer.

Leading the pack, are St Jude The Obscure. We’ve been super-keen to book Adele Emmas relatively veteran outfit (in comparison to our usual bookings) since she revealed their return with wingman Christian Sandford (the two remaining songwriters from their former band Bird).

This writer has caught them on numerous occasions, but it was their Magnet show late 2017 when things seemed to step up a level; while Emmas‘ powerful vocal has always bewitched the songwriting and subtlety and space within the music elevating their performance to new heights. They were truly bewitching – and we’re delighted to finally have them on at Deep Cuts #15.

Alongside them will be new noise trio, Jake Davies, Lewis Hunt-Jones and Ryan McEgan who are collectively infamous as filth-rock cats WIFE. If Bleach-era Nirvana mixed into an indigestible soup of volatile stage antics and buzzsaw guitars is you’re thing then you’re in for an earful.

At just 21, Raheem Alameen is one of Liverpool’s brightest young soul singers. Having made his name alongside Lemar at the 2016 Liverpool SoulFest he’s subsequently gigged around the region while also being tipped by Liverpool International Music Festival in 2017 and featuring at the sell out Sub Blue show back in January.

In Liam Brown we welcome back a former GIT Award nominee and one of the region’s hotly-tipped songwriters. Having ebbed into our conscious with his previous moniker L U M E N, he is now back, reborn and renamed – Pizzagirl. Ever inventive, both on and off the stage, with his array of costumes, memes, lyricism and wit, here’s your chance to see the new toppings on offer.

Playing his debut gig, Mike Poynton is TRACKY. Having fronted the highly-rated Youth Hostel, Mike decided to go it alone last year and is back with his infectious singalong melodic pop which paints tales of Northern streets, dirty after-hour clubs and the highs and lows of modern Britain. Finally, following his storming sets at Sound on Duke Street we welcome Cosmic Shepard to the decks.

Finally, we must reflect on a quite remarkable March Deep Cuts when we welcomed Rocket Recordings‘ Gnoomes, Sonic Cathedral‘s Mark Peters and Liverpool’s fast-rising SPQR to Buyers Club.

It’d be an understatement to say we were delighted with to host these bands. Gnoomes two albums have firmly cemented themselves in our Top 20 albums of each respective year and they didn’t disappoint with an explosive set of hyper-kinetic grooves while blending krautrock with some of the cornerstones of contemporary UK rock and roll. My Bloody Valentine traded with The Stone Roses, The Cure melded with Ride and the swirling dense pop din was something truly magikal.

Early in proceedings, fresh from their Liverpool Music Week gig, SPQR delighted the packed house with a set of riotous post-punk complete with ebullient riffs, some quite mighty percussion and a roof-shaking noise. When Pete Harrison was finished he resembled Socrates at the 1986 World Cup – drenched in sweat, and quietly triumphant.

Mark Peters completed the evening with his altogether different blend of ambience – a subtle, spacious yet richly textured set of instrumental guitar. Building upon the tracks of his recent mini album Innerlands, his music is the kind which gradually builds and whisks you off into a far out plain – heavenly, and quite beautiful. Music to get lost amid, and find the heart swell – it was that kind of night, and we’d be surprised if there’s many better in 2018. 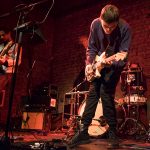 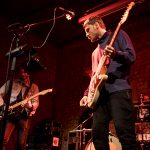 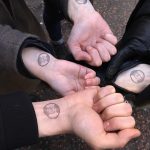 Gnoomes at Deep Cuts with their Getintothis stamp of approval 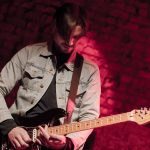 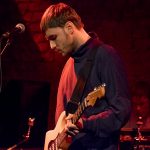 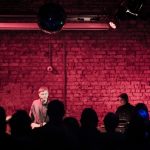 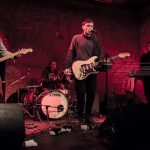 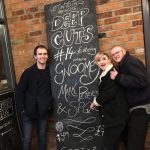 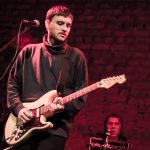 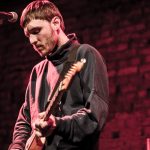 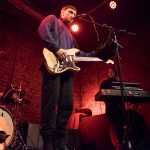 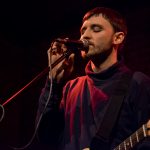 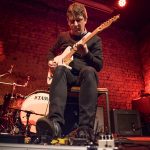 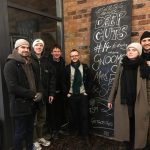 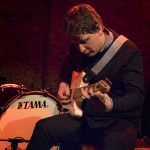 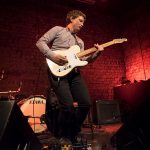 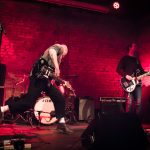 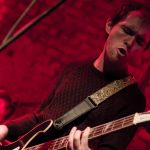 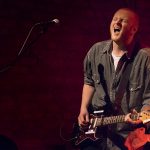 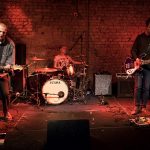 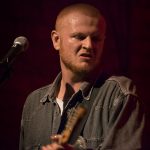