Liverpool Biennial 2018 has announced this year’s theme is to be ‘Beautiful world, where are you?‘.

The tenth edition of the Biennial will see artists present works in various venues and public spaces across the city focused on the social, political and economic turmoil seen across the world.

The exhibition, which will take place from July 14 until October 28, will exhibit works from more than 40 artists from 22 countries.

This year’s theme is derived from a 1788 poem by the German poet Friedrich Schiller.

Sally Tallant and Kitty Scott, co-curators of Liverpool Biennial, said: “Today the poem continues to suggests a world gripped by deep uncertainty; a world in social, political and environmental turmoil. It can be seen as a lament but also as an invitation to reconsider our past, advancing a new sense of beauty that might be shared in a more equitable way.”

While the theme is ‘Beautiful world, where are you?‘ many of the works will centre around Liverpool itself, taking note of its historic architecture and musical past.

One artist who will be doing just that is musician and composer, Ari Benjamin Meyers.

Meyers will produce a series of portrait films, which will be shot on the stage of Liverpool Playhouse. These will tell the story of Liverpool‘s musical history as well as its industrial past and will be projected to the audience as life-size.

Oscar nominated filmmaker, Agnes Varda, will also be displaying work in the exhibition.

She will be presenting a three-channel video installation at FACT, which will combine extracts of from her three films, Vagabond (1985), Documenteur (1981) and The Gleaners (2000).

Of exhibiting at Liverpool Biennial 2018, she said: “One can see ‘Beautiful world where are you?’ as a nostalgic way of looking at the past. What can we do to make it beautiful? It’s our duty as artists to ask.”

As well as works exhibited within venues there will also be a large-scale sculpture at Exchange Flags by Holly Hendry. Her work will reflect on the architectural history of Liverpool and will take the form of large-scale concrete or fibre glass casts both above and below ground.

“The stage is set – quite literally. There was something poetic about the director and curator of this year’s festival sat on stage, before a half-built set at the Playhouse Theatre last week, perhaps a metaphor for the pair – Sally Tallant and Kitty Scott – revealing the first glimpses of Liverpool Biennial’s constantly developing summer programme.

Having been criticised in the past for “parachuting” artists in from across the globe to make work about the city, it feels like Liverpool Biennial, in its 20th year, has sat up and listened to the people of the city it calls home – finally.

Paris-based, Algerian artist Mohamed Bourouissa will be exhibiting a selection of film works at FACT, alongside filmmaking heavyweight and Oscar nominee Agnes Varda – who, in her 90th year is creating a brand new work especially for Liverpool Biennial. Most engaging though, is the idea of Bourouissa’s other work; a community garden to be made in collaboration with Granby Four Streets CLT and Kingsley Community Primary School in Granby. Inspired by a wellbeing garden created by a patient of the psychoanalyst and writer Frantz Fanon at the Blida-Joinville Psychiatric Hospital in Blida, Algeria, the project will leave a permanent legacy for the community, and a positive message.

Similarly intrinsically linked to the people of Liverpool, Ryan Gander’s project with Jamie Clark, Phoebe Edwards, Tianna Mehta, Maisie Williams and Joshua Yates of Knotty Ash Primary School. In the art world, its not unusual for artists to work “in collaboration with” a local community, however, it is rare for those collaborators to be named as artists. Here, Merseyside-born Gander gives true credit to the children he is working with to produce a series of five bench-like sculptures at Liverpool Metropolitan Cathedral, inspired by the iconic architecture. Dissecting the building using software, Gander will then encourage the children to create new shapes and formations, destined to become a new, permanent public artwork.

As well as creating new artworks entwined with the people of Liverpool, this year’s Biennial will shine a light on existing artworks and artefacts our city has come to be so proud of. From uncovering the Minton Floor at St George’s Hall, to turning the pages of ancient encyclopaedia at the Victoria Gallery and Museum, Liverpool is engaging with Liverpool’s history in a way never to have happened before.”

The full line up of artists is as follows: 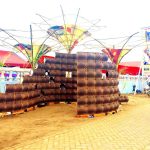 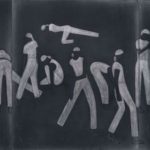 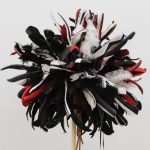 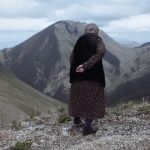 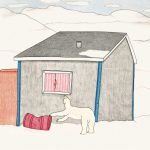 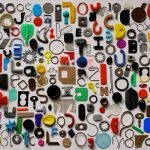 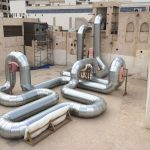 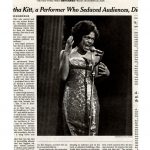 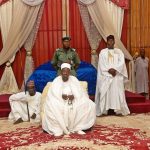 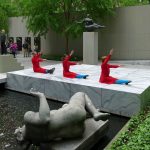 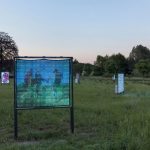 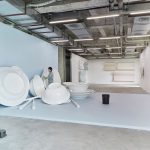 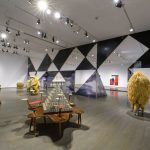 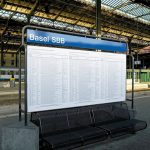 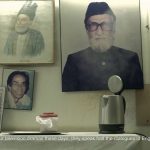 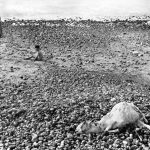 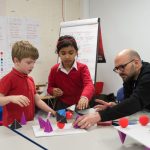 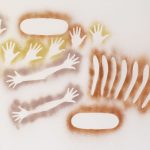