Liverpool Central Library hosted a night of tender folk as part the Get It Loud in Libraries project, Getintothis’ Simon Kirk was there to soak up the action in a welcome change of scenery.

Hailing from Ontario, Canada under the moniker of The Weather Station, singer-songwriter, Tamara Lindeman, has been a purveyor of elusive folk numbers for the last ten years, rising to prominence with her 2015 album, Loyalty.

It’s a record filled with intricate finger-picking guitar and local themes, delivered with a woodsy finesse. A nice Sunday morning record that occupied the decks in between Paradise of Bachelors label mate, Steve Gunn, and the majestic William Tyler.

While Loyalty was the high point of her discography, the EP which followed in 2016, What Am I Going to Do With Everything I Know, began a shift in Lindeman’s approach. While still holding folkish leanings, there was a slight shift to a more alt-country sound, with sparse steel guitars adding a new dimension to her ideas.

The modest inflections still remain, with her subjects still very much immersed in a grassroots locality, not too dissimilar to what The Constantines achieved throughout their career. It’s no coincidence, either, as The Constantines’ Steven Lambke has been involved with this project, most notably co-writing Mule in the Flowers.

Prior to seeing the Toronot quartet live, I was interested to see which guise of Tamara Lindeman would be on show; the quiet modest folkster, or the more urgent sounds of her new self-titled album? Further mystery is added given the event is being held at the Liverpool Central Library as part of the Get It Loud in Libraries series.

Amid ergonomically friendly computer chairs and shelves containing an array of children’s books, the scene is a first for me. A marriage of rock ‘n’ roll and a studious public space. To add to this juxtaposition, the smell of coffee fills the nostrils as opposed to the stale smells of beer and piss which usually is the case upon entering the customary venue before a show (as Lindeman highlights later during her set).

Music to conquer the world to: motivational records

Support act and Paradise of Bachelors fellow signees, Red River Dialect, kick-start the evening with their brand of tender folk. The performance coincides with the release of their new album, Broken Stay Open Sky, and I must say, it’s a pleasant surprise to hold an ear to their earnest noise. They conjure up of something reminiscent of early Calexico, Dirty Three and The Go-Betweens. It’s a lovely surprise.

The surprises don’t end there, either. Shortly after, as The Weather Station enter the stage, I notice yet another Constantines connection. Keyboardist, Will Kidman, who assumes the role as Lindeman’s right-hand man through the set. Now those electric sounds noted above start to make sense.

Lindeman begins with two tracks from Loyalty, Personal Eclipse and Way It Is, Way It Could Be. Solid numbers played with consummate ease. Staples from the new album follow, which include Free, You and I (On the Other Side of the World), and Kept It All To Myself.

Sporadically, she interacts with the crowd, attempting to crack several jokes. Members of the small crowd chuckle quietly, appearing more timid than jovial, sub-consciously aware of their surroundings.

There’s a working class stoicism about her songs. Particularly with the fantastic Thirty – the best song she has written to date. This isn’t some pretentious coffeehouse strummer walking through the forest with an acoustic guitar or playing in Greenwich Village to a bunch of hipsters. This feels real.

From front to back, the room captures The Weather Station’s sound perfectly, with the tones reaching the high-ceilings and floating throughout the room. The sparse reverberation of Power reveals just how good the venue holds sound.

The quieter songs are equally enticing, too. Loyalty’s highlight, I Mined, along with Shy Woman and The Most Dangerous Thing About You, seem to have a different energy in the live arena.

The band end with the large electric sound of Tapes – a nice touch to an already impressive set. As displayed throughout the night, Lindeman and her band modestly leave the stage to warm applause.

On record The Weather Station are good. Live, they are a different proposition altogether and a must see act. Red River Dialect. The Weather Station. The venue. A night for all concerned to jump into in the winners’ circle. As James Dean Bradfield of The Manic Street Preachers once sang – “libraries gave us power“. Indeed. 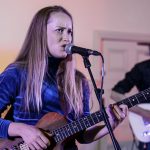 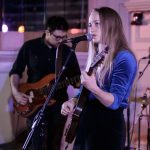 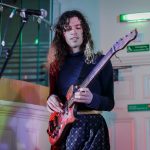 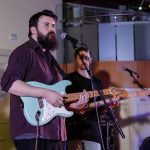 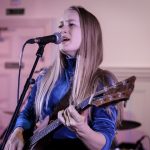