Getintothis’ Simon Kirk was on hand to revel in the power of the formidable force that is British Sea Power at Liverpool’s O2 Academy.

British Sea Power are one of the few bands formed in the last twenty years that have seeped into the pores of many, forever occupying the bloodstream. Like following your football team, of sorts they are a disease. Unlike most peoples’ football team, however, their form guide seldom slips.

British Sea Power have been around for half of my lifetime. Most certainly all of my adult life, and the fact that they still have the ability to hold my undivided attention in comparison to when I first heard Remember Me purely illuminates their legend.

They were also the first band I name checked when I met the person who later became my wife. BSP, forging life partnerships since 2001. As far as T-shirt slogans go, sure it’s not “Heron Addict” or “Club Sea Power” but you know, it’s an idea…

This isn’t a unique anecdote to be etched into British Sea Power folklore. Not by a long chalk. This is exactly how BSP have forged their cult following with many others dotted around the world being able to rattle off a BSP diatribe or two of their own.

In true cult band fashion, British Sea Power make their audience work. Not only with cryptic messaging throughout their songs, but in a physical sense, too. Playing shows in unusual climes throughout Britain and Europe. So ardent are their devotees who turn up, knowing full well that the unusual is the norm. Mere fabric that forms the British Sea Power patchwork.

These shows always have moments. Watching Phil Sumner jump off the speaker stacks at the Leeds Irish Centre back in 2008 with an ambulance awaiting out the front shortly after. Watching crowd members completely losing their shit to Remember Me at the very same show.

Dancing with mascots in grizzly bear costumes in a carpark in Louth, or whether it’s playing to a hungover crowd early doors at Splendour In The Grass in Australia; a contrast to their mid-afternoon appearance at last year’s Glastonbury Festival. I’ve had the privilege of seeing BSP in many guises throughout the years. Yet another facet of this tale. It’s always different!

Tonight is yet another demonstration of Britain’s most underrated musical force shedding skins. This time in a conventional sense at Liverpool’s O2 Arena.

Local alt-folkers, Cavalry, and The DSM IV open up the night to a crowd that’s slowly growing in numbers to the a point where the room is filled. Quite the pleasant surprise, given many other bands out of the BSP era have been subject to playing the smaller room downstairs.

Lights are dimmed and the stage is littered with BSP regalia, not limited to owls, herons, and foliage, as the band enters the arena to generous applause. Long gone are the safari, pilot, Tour de France and various other forms of charity shop chic. Once staples of the BSP make-up, conventional dress sense seems to be the way forward as the band grows a little longer in the tooth.

Brothers and leaders of the band, Scott and Neil Wilkinson, lead the charge alongside the trusty riff doctor that is Martin Noble. Madman, Phil Sumner, and Matthew Wood assume their positions behind keyboard and drum kit respectively, while Abi Fry gracefully takes her viola and from there it’s all set.

Rather than open with the customary Machineries of Joy, BSP tinker with their set list and all told, it’s something you come to expect from them. With such a bourgeoning body of work, they could play three or four different sets and still blow one’s mind. The anthemic Who’s In Control is played at speed, almost like a dislocated post-punk number on uppers. Do You Like Rock Music’s? Lights Out for Darker Skies follows and while the crowd seem more content at staring into their beers, the atmosphere soon lifts and becomes lively with Bad Bohemian.

Songs from the excellent new album, Let the Dancers Inherit the Party, sound large and grow fiercer every time you hear them. The Voice of Ivy Lee is perhaps Abi Fry’s greatest moment since joining the band in 2008, with her viola filling the track with grandiose charm. Then there’s What You’re Doing. A number that would be firmly etched on a BSP best-of compilation. Some have called strangled goose-like, but Neil Wilkinson’s wonderfully haunting vocal has long been one of the band’s greatest weapons. It may be the best track he has sung and tonight, it’s atmospheric essence captures the moment perfectly.

There are some nice left-field moments throughout the night, too. Krankenhaus? cut The Pelican, is dusted off and given some new life, while Open Season, my favourite BSP album and one that is somewhat discarded in the live arena, receives some worthy attention with It Ended on an Oily Stage and How Will I Ever Find My Way Home? again sounding ethereal and so much larger live.

Naturally, the crowd favourites are dotted throughout the set. The scream-your-lungs-out anthems that are No Lucifer, Keep on Trying (Sechs Freunde) are straight up no-nonsense joyous romps. The melody saturated Machineries of Joy is almost like a slow-motion snapshot of the band while the infamous one-two combo of Remember Me and Carrion are stripped back rockers that are accompanied by those equally notorious mascots in grizzly bears costumes who are dancing with the crowd in religious fervour.

Of course no BSP show would be complete without Waving Flags. If it hasn’t overtaken Remember Me as the band’s most pivotal moment it’s not too far off – the track’s prescience growing more prominent by the day. The Great Skua ends the night with the crowd catching its collective breath and reflecting on such a joyous night. Because that’s what British Sea Power are. Simply a machinery of joy.

After acknowledging the crowd, BSP leave the stage and with that the night is over. A set dripping with riffs, roaring choruses and melodies that almost stop your heart. What more could you expect? Time and time again, this band leaves me perplexed. Why are they not playing stadiums? It’s one of the great anomalies that will be forever unanswered. The fact that BSP haven’t cracked it on the larger stage enhances their legend. Whether it be Wembley or somewhere on the Wirral (it’ll happen one day), British Sea Power will always be British Sea Power. 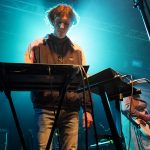 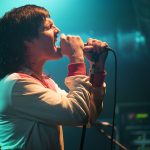 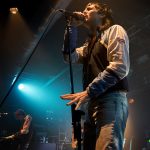 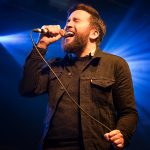 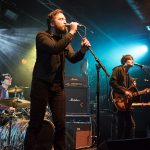 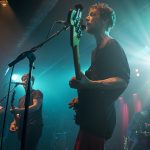 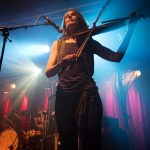 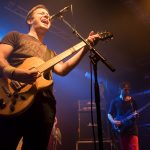 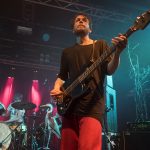 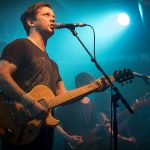 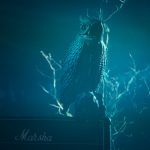 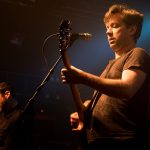