In celebration of 10 years since the Echo Arena opening, Getintothis‘ David Hall joined the Bootleg Beatles, the RLPO and scouse cultural royalty Roger McGough on the riverside.

Celebrations in 2017 of 50 years since the summer of love and The Beatles‘ groundbreaking Sgt Pepper’s Lonely Hearts Club Band carried over to the new year as a runthrough of that 1967 record greeted the audience down at the Echo Arena.

It was in fact a double celebration, with the Sgt Peppers‘ spectacular featuring well-loved tribute act The Bootleg Beatles and the backing of the Royal Liverpool Philharmonic Orchestra, taking place on the tenth anniversary of the Echo Arena opening.

Compere for the evening, Scouse poet laureate and Scaffold founder member Roger McGough provided context before the band and orchestra ploughed through Sgt Peppers and a smattering of Beatles summer of love hits.

McGough‘s parts were unsurprisingly poetry based, but proved a hard sell to an arena-sized audience. Although the night had clearly failed to sell out by some distance (perhaps some were put off by the £50-plus price point), the crowd were nonplussed and restless during the spoken word intro. A lack of visuals while McGough and an ensemble of local youngsters recited several poems really hamstrung the performance, and it would have felt far more integrated with some form of visual accompaniment.

Speaking of integration, although the backing was impeccably played, the Royal Liverpool Philharmonic Orchestra at times couldn’t help but trample all over The Beatles‘ compositions in their arrangements. Particularly the title track and Good Morning Good Morning felt overawed and lacking room to breathe under the 70-piece blanket. Being For The Benefit Of Mr. Kite! similarly lost its haunted fairground atmosphere and lightness, while the ornate She’s Leaving Home predictably benefitted from the lavish backing and Within You Without You similarly from some excellent tabla playing.

Tracks in which the orchestra followed the songs’ vocal melody lines came off a little too eager to please (as they always do when a classical orchestra scores popular music), as opposed to those that built texture and atmosphere in more cultured, creative ways.

A weird split in the night occurred when the interval came between Sgt Peppers‘ A and B sides, McGough again being fielded – and again feeling a little hung out to dry – at A Day In The Life‘s conclusion before a short set of ‘summer of love’ Beatles fare followed.

The mini-set was strong however, and delivered some definite highlights, with the audience getting involved for Penny Lane and rarities such as Baby, You’re A Rich Man and Fool On The Hill receiving a welcome orchestral treatment, whilst I Am The Walrus felt appropriately massive and manic.

It was a mixed night all in all; McGough‘s parts felt tacked on, and not befitting his legendary status, while the arrangements were at times bordering on cloying, but overall were strong without being especially memorable.

If you’re in the market to see a Beatles tribute act, then The Bootleg Beatles properly look and sound the part. As a celebration the show felt somewhat underwhelming through no fault of the band, but more the format, pacing and the slightly odd way in which it was split up.

Here’s to 10 years of the Echo Arena, we suppose. A decade of shoddy echoing sound and the wools in the row in front of you seemingly happy to pay fifty quid to have an extremely loud conversation for an entire gig.

Now, who’s up for Abbey Road side B in the same format with the Phil next year? Now that would be worth seeing. 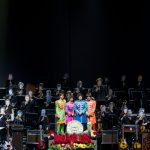 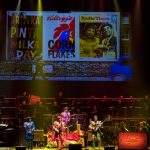 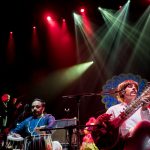 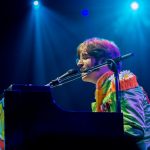 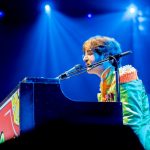 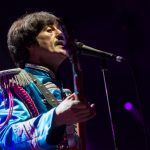 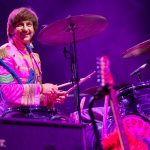 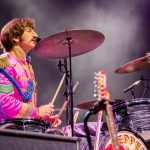 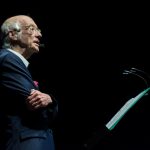 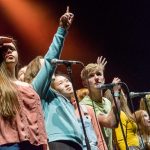 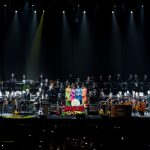