Spoon brought their Texan art rock to Liverpool’s Arts Club and Getintothis’ Will Neville was in the throng to lap it all up.

Spoon released their first album way back in 1996, with this year’s Hot Thoughts their ninth long-player. Their tour in support of this brought them to Liverpool for the first time in their history.

The audience was expectant and enthused, and a nice mix of all sorts, even right down the front, from trendy students to fifty- and sixty-somethings.

Lead singer Britt Daniel looked a bit like a Donny Tourette who’d got out on the right side of the bed, but fortunately had a stage presence more akin to the late, charismatic Lee Brilleaux from Dr Feelgood.

They launched straight into Do I Have To Talk You Into It from the latest album, which one punter yelled out was “the best album of the year”. A bold shout that wasn’t fully proven on the night’s showing, as they only raided it a few times, instead plucking their set-list from across their career.

The title track of the new record was one of several to benefit from some seriously funky guitar playing, while Alex Fischel attacked his guitar on The Beast And Dragon, Adored as though his fingers were stuck into a nearby electrical socket.

Bassist Rob Pope, who also plays with The Get Up Kids, called to mind a mix of Stewart Lee crossed with Edwyn Collins, although whether he’s as witty as that makes him sound is uncertain.

There’s elements of Arcade Fire and a more focused Guided By Voices in the band’s sound, but they don’t really sound quite like anyone else, with some tracks featuring three guitars and others none at all.

Three fifths of the band left the stage for the so-far-unreleased drony instrumental Via Kannela, with Alex performing like a one-man Hookworms, before fellow keysman and newest band recruit Gerardo Larios took over, taking the track more towards Berlin-era David Bowie.

To make things slightly more surreal, while Alex was doing his thing, Gerardo was crouching under his keyboards, and vice versa!

This then segued neatly into the torch-y I Ain’t The One off Hot Thoughts, before Anything You Want called to mind Tom Petty mashed up with The Go-Betweens.

Spoon talk longevity, influences and legacy ahead of Liverpool gig

There wasn’t a lot of stage banter, but Britt endeared himself to the crowd when talking about the city, saying “Was it worth the wait? I wish I had been here sooner”. The set ended with an extended Got Nuffin and the slow-building epic that is Black Nuffin.

I Turn My Camera On kicked off the encores with a funky intro and some choppy Billy Bragg-esque guitar work by Britt. The band went off after one more number, leaving Britt to perform an affecting solo version of I Summon You to end on a rather sombre note.

The club DJ gave a big metaphorical wink by cueing up Can’s Spoon as the crowd filtered out after an impressive set.

The evening had begun with a highly impressive support slot from London based Italians Husky Loops. They started off incredibly eclectically, with their set eventually becoming slightly more straightforward towards the end.

There were elements of Joe Meek, Devo, Robert Fripp and Stax soul in there at times, while Tempo featured a crazily treated guitar that made it sound like a child’s toy, accompanied by very Krist Novoselic bass-work from Tommaso Medica.

Final number Dead threw in a load more influences, with some Jimi Hendrix/J. Mascis guitar work from singer Pier Danio Forni, and typically rock-steady Pietro Garrone drums as the song also mixed in elements of Pete Doherty and In Utero-­era Nirvana. Definitely a band to watch out for.

@ArtsClubHQ you were amazing @spoontheband you are been amazing right now. Thank you everyone and see you soon #CAMBRIDGE 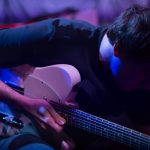 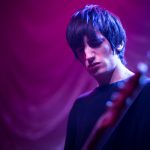 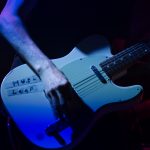 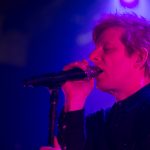 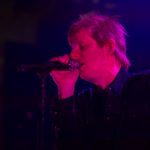 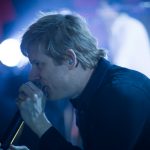 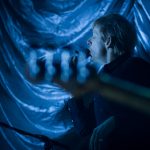 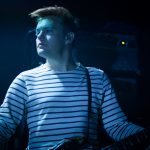 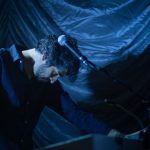 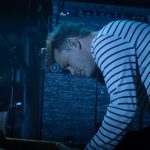 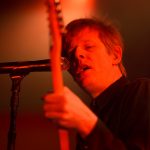 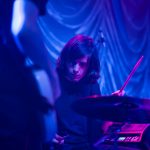