Three years ago, Robert Plant said there were only a handful of the great front men – “me, Rod Stewart and Mick Jagger” being those he name checked – who are left and able to perform at anything like their peak.

Watching Plant live at a sold out Liverpool Olympia, it is clear what has maintained and powered his personal longevity. Half measures are nowhere to been seen.

He still puts his entire body into everything he sings, be it wrapping his shoulders around a high note as it slips out or throwing his mighty force behind a full-throated roar.

Allied to all that is his palpable and constant interest in what is happening around him. Plant says the Sensational Space Shifters are the group he has had the most fun with.

His demeanour on stage – evidently enjoying and staring intently at the regular bouts of virtuosity from his bandmates – appears to back up the claim.

It is rare for a modern music legend to have achieved anything comparable to their pomp in the decades that followed it.

But it is a testament to Plant that the Led Zeppelin tunes tonight – which, perhaps unexpectedly, comprise almost half the set – blend in rather than stand out when held against the rest of the material.

There are exceptions of course. Babe I’m Gonna Leave You is simply stunning, with one of Plant‘s two magnificent guitarists – Liverpool hero Liam ‘Skin’ Tyson of Cast fame – stealing the show when bursting into a ridiculous flamenco breakdown somewhere in the middle of it.

And the rest of the Led Zep numbers are obviously well received – not least a refreshed and politically charged Misty Mountain Hop and an inevitable romp through Whole Lotta Love to close the show.

@RobertPlant thank you for an amazing gig in Liverpool pic.twitter.com/i22LjM8V2Y

But other highlights were Turn It Up and Carry Fire – both electrified and enlivened by jolts of desert blues from the strings of Justin Adams – as well as a break-beat folk take on traditional song Little Maggie and a thunderous version of Bukka White‘s Fixin’ to Die.

Like Led Zeppelin before them, Plant and his current talented crop have an innate and genre-defying ability to find a groove and irresistibly lock into it, whichever direction they are rocking or rolling in.

Opening the night and later joining the headliners for several numbers was folk singer and multi-instrumentalist Seth Lakeman.
He slotted in seamlessly as an honorary Shape Shifter and got the evening off to a fine start on his own, especially on the impossibly well co-ordinated Kitty Jay with its captivating combination of strident vocals and blazing fiddle lines. 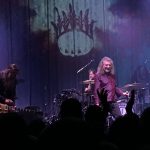 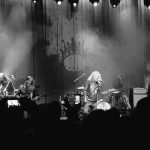 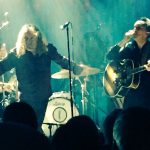 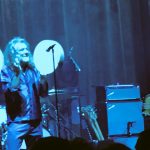 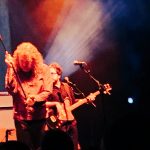 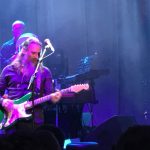 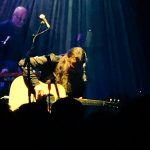