Ride rock out with the best of them at the O2 as Getintothis’ Jamie Bowman confirms after a night of not quite shoegazy indie disco.

There’s a gasp as we enter the O2 Academy for tonight’s gig from indie heroes Ride.

“Turn right” say the doormen meaning the show is actually taking place in the cavernous venue’s smaller room rather than the 1k+ larger arena upstairs.

Surely some mistake given the band played one of their early comeback gigs in the larger room just last year and in the months since have released a rapturously received album proclaimed by fans and critics as one of their best?

Well the promoter’s loss is certainly our gain tonight with a disbelieving crowd having to pinch themselves that they’re seeing the band in the kind of space they were playing around 27 years ago when those early Creation EPs turned them into the darlings of the music press.

If Ride themselves are disappointed they don’t show it as they open confidently with Lannoy Point – the first track on June’s Weather Diaries and a song that is almost quintessential Ride with Andy Bell’s circular riff surrounding Mark Gardener’s dreamy vocals to fine effect.

Comeback single Charm Assault quickly follows and judging by the warm approval and bellowed chorus these new songs have been taken to heart of the Ride fans present.

It’s this feeling that raises tonight’s gig above the kind of gentle trip down the early 90s indie disco it could have been. Third track Seagull , the opener from the band’s classic debut Nowhere explodes out of the traps with an urgency that belies the fact this is a band approaching middle age and until last year one that hadn’t played together for 20 years.

Key to this urgency is the band’s rhythm section with Loz Colbert’s octopus-armed drumming and Steve Queralt’s propulsive bass driving the songs both old and new with a thrilling sense of dynamics. It ensures other new tracks like All I Want and the album’s title track slip seamlessly into a set alongside exuberant early favourites like Taste and Like A Daydream.

There’s even space for the Brydsian jangle of From Time To Time from the unloved but underrated Carnival of Light album.

While their reputation was always as fey Home Counties shoegazers, Ride can rock with best of them with Drive Blind’s explosive mid-section up there with the likes of My Bloody Valentine when it comes to ear-splitting crescendos. It’s the classic indie anthem Vapor Trail that brings the gig’s highlight though when after Bell dedicates the song’s endearing jangle to Shack’s Mick and John Head, the crowd proceed to sing the tune’s string refrain in true football crowd style. It’s a lovely moment.

Encoring with a massive-sounding Leave Them All Behind before a breakneck version of debut single Chelsea Girl brings the gig full circle in a perfect incidence of synchronicity. Comeback of the year? It’s hard to disagree…

Gearing up for Liverpool Academy tonight, what a whirl it’s been the past week 🙃Big love to all who’ve made it to the shows so far, Ride are onstage 8.45pm tonight! Get there early to see how great Ulrika Spacek are at 7.35. 📸🙏 @juliandallarmi #ride #uktour #steveisontheright pic.twitter.com/pjzhaj0YWq 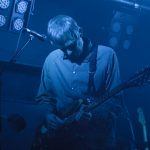 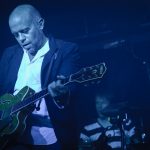 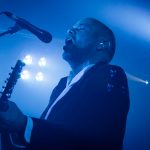 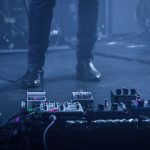 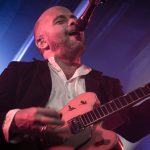 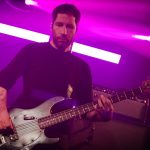 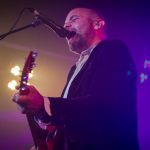 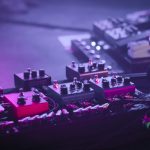 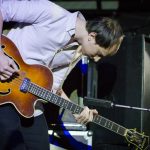 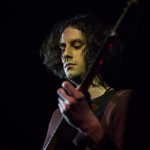 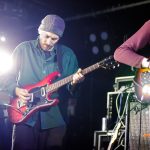 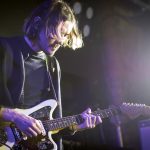 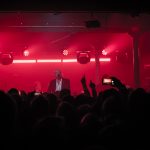