Princess Nokia headlined a night to remember (for many reasons) at the Invisible Wind Factory and Getintothis’ Amaan Khan was there.

If there ever was an “I was there when…” gig in very recent time, this was it.

If a clickbait could do it and was ethical, we might’ve used it, because you need to know what happened.

The ups of the night were mighty high and the downs very low.

If we just do a chronological narration, it would last too long. There are details like giant banana balloons, headliner Princess Nokia reciting how she got into trouble for helping her cousin get a piercing or her minor wardrobe malfunction and how she made things lighter by joking about it and stopping a song to get the DJ to tighten her top for her.

Details usually are the bread and butter for a music journalist reviewing a gig. Tonight, they pale into  insignificance next to the bigger themes of the night. Here is what happened.

Moreover, she requests that all the females, black people and especially black females come in front. Now there will always be more than one side to a story. There were a lot of cheering but some jeering as well. Many happily ushered their friends of colour to the front while some were probably annoyed at such a request.

Arguably, Princess Nokia reiterated the reason behind such a request: love. If it is easily digestable to see a singer-songwriter write a song for his or her beloved and for the duration of the song the muse is spotlighted, then was it not reasonable that Princess Nokia request the spotlighted company of the people her music is about and for? Back up her musical themes with actions by an attempt of inducing solidarity?

The move was bold and in-your-face just like her execution of her music. However, tensions arose soon enough as certain members refused to comply and acted on their annoyance. One check by Princess Nokia didn’t prove enough and she stopped a song later as she got riled up and asked – nay, scolded the member to leave-following it with the poignant statement: “This is what happens. Black woman are not aggressive and crazy. We do get harassed… You will respect black Muslim women. Women of middle-eastern origin. African origin” (paraphrased)

When the ordeal seemed to be over, she offered towel and water to the one harassed and proceeded to smoke… something.

Musically, her set was no less astounding. Energetic and bold with interludes of heavy rock playback as she smoked on stage indoors at the Invisible Wind Factory.

With Liverpool Music Week 2017 almost over, check all the mayhem you might have missed

The quarrel didn’t quite finish there. Even later offstage, there was general confusion and debate. Some doubted, with undertones of racism, whether the victimization was done right, while some other people, even of fairer skin tone, supported the stand that was taken with proactive involvement. You can’t paint everyone the same colour.

It’s a shame that all this eclipsed the astounding greatness of other acts. We were proper made up already by the fiery support of FLOHIO – a definite force that will easily headline similar events. ALEC TRONIK also carried the job of following Princess Nokia remarkably well with a set of sample-full surprises and cinematic trance.

However, the story continues. More than half of the audience was gone by the time GlitterFuck took the stage. Along with them came dancers dressed as Zulu or African tribal people with caricatured fake genitalia and suggestive dancing. Before long, booing ensued. The set was cut short.

The artist tried to offer an apology. The public didn’t seem convinced. There was some delay while a discussion took place as to whether to calm the situation down by playing music or let the artist vs audience argument get win over. Bottomline, GlitterFuck’s set had to be cut short as the public wouldn’t have it.

Now, would such a move have been accepted as ‘just taking the piss’ on any other night? Definitely not on this one. This was the impact of Princess Nokia. From the solidarity and support shown at the quarrel during her set, to the women at front voicing their distaste at GlitterFuck’s gimmick – there was definitely a sense of empowerment.

All she did was ask a certain community to stick together and point out the injustice and love. But it definitely incited a confidence that comes with unity. Moreover, there were cases of ‘one bad fish can spoil the whole pond’. Remember we said there are two sides to any story?

What the night brought forward were clear displays of both racism and inter-racial solidarity. A clear picture that signified ‘yes, these problems exist!’

Liverpool Music Week 2017 noticeably took a step toward being a more wholesome, well-rounded and more diverse festival for which they must be rightly praised. Yet this night might have been more than what they bargained for. But, was that a bad thing? How much was any of this significant – from the clear existence of racism related problems to confusion over victimization?

There are no easy or simple answers to all these questions. All we can say it is, we wouldn’t have missed a minute of it. 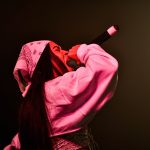 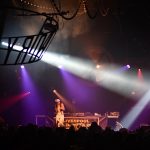 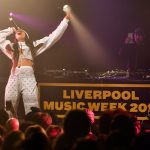 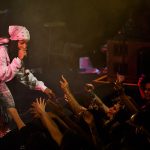 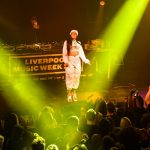 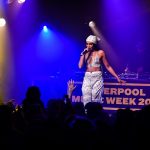 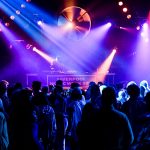 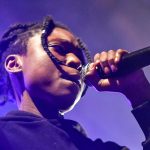 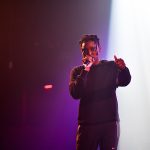 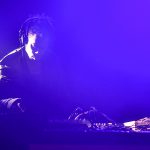 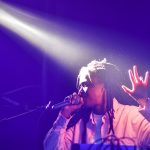 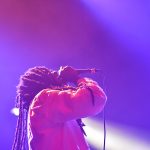 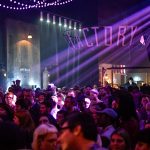