With Nicola Hardman releasing not one but two singles, Getintothis’ Howard Doupé curiously checked out if the effort was worthwhile.

With leather sofas taking up the first two rows and circular tables making up the cheap seats behind. Glass panelled doors peer into the world of ‘backstage’ where pre-gig rituals are on display for all to see. The vibe is very much ‘come and see me play in my front room’.

With a single launch (or two!) Nicola Hardman doesn’t waste the opportunity to promote on all levels- hence an impressive array of pin badges are on sale. Little Fish and Just Human are the two tracks celebrated tonight. How many gigs will you go to where crochet key rings are on offer and single-themed various coloured fish, naturally.

Clearly very pleased and thankful for the crowd brimming to standing room only, Hardman purposely starts the set with unrecorded material here’s a gal whose stride is long.

With a set that is flexing her arsenal, Unplug Your TV (written for the annual Liverpool Acoustic Songwriting Challenge) is sharp, with an observational twist. You find yourself hanging to hear each line, that interplay’s storytelling with emotional response. This weave challenges the traditional song writing format your brain’s hardwired to release endorphin’s to- a slight re-programming might just yield a much richer return.

Some songs wrestle with the usual emotional confessions- but it’s when Hardman tackles wider issues, with her unique imaginary that the songs hold high in their own sphere, take Be Kind: purpose, identity and mental health in all its delicacy.

There’s a lot of love in the room for Hardman and it’s shown in her in between engagements with those here to witness.

Mid-set cover of Fleetwood Mac’s The Chain originally tackles the guitar breakdown with enormous swirling vocals. Whilst the keys keep the beat steady.

It’s a refreshing stance to hear an artist thank her producer before playing the first of the two singles being launched. Just Human full of grit and political commentary on conflict and distorted patriotism. The haunting vocals take the song in a whirlwind just when you thought you had the box labelled ‘the gist’ ticked off. Imagine Matt Bellamy has ditched the band, listened to Hope of the States’ Black Dollar Bills and decided to arm a piano as weapon of voice.

There’s elements of Regina Spektor all through the show but what sets it apart is the untouchable Britishness we package so well- Hardman’s phrasing is testament to a classic formula that’s been re-routed and delivered.

Patti Smith Horses at 40: The Voice of a Generation

Her song writing credentials really come to the fore when she leaves the theatrics behind and dedicates the energy to the power to the craft, evident on last song of the set Unicycle Into Space. This acknowledgment of the song core as the principle narrative allows the listener to really climb on board for the journey.

A surprise treat tonight came from opener Rachael Jean Harris, currently recording new material only a stone’s throw from here as a last minute stand in after an unexpected cancellation. Having supported Steve Pilgrim with her songs of beauty, evident of a finely honed craft. Making comparisons with Joni Mitchell (strong enough vocals to make you take notice), I’m sure she’s heard before.

These songs weave images and themes in a sincere and honest way. What grabs and maintains your interest is the often clever and unexpected song structures. Just when you think you’ve got her all sussed out a rare jazz chord or a sweeping melody firmly puts you in your seat of the musical rollercoaster ride.

This effortless style is a joy to behold and certainly bodes well for her forthcoming EP release.

2012’s winner of Liverpool Acoustic Songwriting Challenge, Vanessa Murray was next up. Taking to the stage with an air of in trepidation. Her set finished with standout song I Don’t Wanna Lose You Like This- straight from the Priscilla Ahn textbook of song writing. Effortless and dreamy sums up the performance. 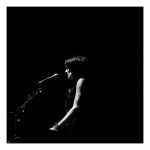 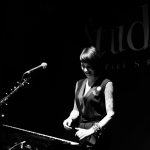 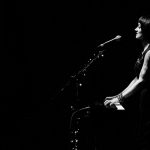 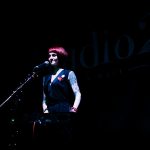