As Loyle Carner brought his Yesterday’s Gone tour to Liverpool Getontothis’ Luke Traynor was fully won over by his eloquence.

Declaring one’s football allegiances so stridently has never been a surefire way to get ahead and win favour at a gig in Liverpool.

Loyle Carner dispensed with that adage from the outset at Liverpool’s Arts Club, a giant-sized red No.7 shirt – like that worn by Suarez, by Dalglish – the domineering stage backdrop.

This 22-year-old Londoner was keen to be seen as Anfield all over, wearing a Liverpool Standard Chartered replica red top while clutching reverently an LFC woollen scarf as he settled into the groove of his confessional hip hop.

The Liverpool football salutes got a mixed reception, predictably, with Evertonians, suddenly stung, providing the jeers among the tribal cheers.

But this performer didn’t let football define his 55 minute setlist.

His stage, in the former Masque, ground floor terraced room, was quaintly set out like a family living room, with a leather armchair on one side, and a bookcase full to the brim of dusty vinyl on the other.

The instantly-likeable Carner even used a poem penned by his own mum on one track, reinforcing the never-more-so important topic of responsible parenthood into his considered brand of UK hip hop.

With his south London voice to the fore, this rapper unfurled poignant reflections on simple every day worries like work, status, and nervy early experiences with the opposite sex in a way which was both doleful and addictive.

But Carner can also do uplifting, as his new album “Yesterday’s Gone’s” opener – The Isle of Arran – proved, featuring an epic gospel choir underpinning the whole track, as Carner’s wordplay gets serious.

“My mother said you get no love until you show some, so I showed some and got nothing out……no wonder that my dad didn’t want me…..”

Carner’s rapping had a mournful, unhurried and almost deliberately sluggish quality, while on “No CD“, he used a simple backdrop of guitar and drums to make the track work.

“We got some old Jay Zs, couple ODBs.[Old Dirty Bastard from Wu Tang Clan] Place ’em up in perfect order ’cos my OCD,” reported Carner.

Carner has quickly gained favour in today’s hip hop community, his lyrics more laid-back and lackadaisical than the more jarring offerings of his Brit-hop peers.

Tierney Terrace was infectious and searingly honest – “Cos all I wanted was a fucking bird, to tell the fucking truth, to hold my fucking hand, to guide me through the darkness when the others ran,” confessed Carner.

And it was hard not to empathise with such candour.

“BFG,” one of his earliest-written tracks, was candid to the point of frankness – “Of course I’m fucking sad, I miss my fucking dad,” – and it was hard not to fall into line with this eloquence.

Cantona was a salute to his dad’s love of the Manchester United striker, featuring commentary from clips that suspiciously sounded like the Frenchman’s winner against Liverpool in the 1996 FA Cup Final.

The Spice Boys era, the men in Armani white suits…it takes some balls and confidence in one’s own material to relive that painful defeat and still keep a Merseyside audience smiling.

Carner played Liverpool Sound City 2015, down at Bramley Moore Docks, when he had just a handful of tracks to showcase his unique rapping style.

Now with a full album, his self-reflective and incredibly sincere words have started to bear fruit.

There was a perfect warm up to Carner’s set in the form of the duo Elisa & Srigala. It was clear they were enjoying being in Liverpool and supporting Carner. They set the tone nicely for the main act. 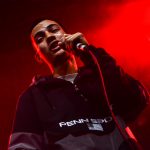 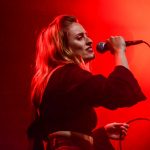 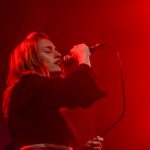 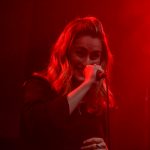 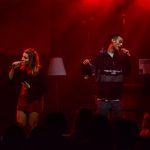 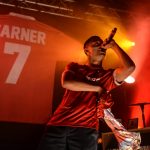 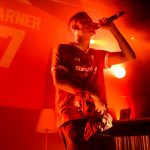 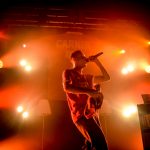 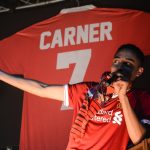 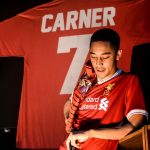 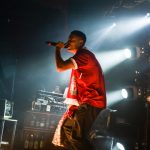 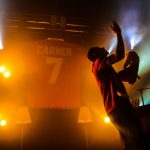 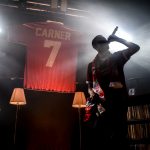 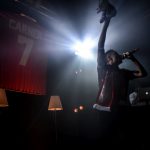 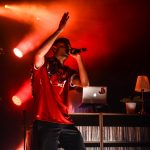