Hurray For The Riff Raff came to the Arts Club and Getintothis’ Paul Fitzgerald found a new band with a new sound, but with the same level of intensity.

From the minute Hurray For The Riff Raff made their entrance at the Arts Club, it was clear something had changed.

That much is obvious from listening to their new album The Navigator. Its a slight step away from the country blues of the previous releases. Here we find a new band,a heavier sound and Alynda Segarra looking towards her Puerto Rican roots but always with an undeniable foot in Patti Smith’s New York, or Springsteen’s New Jersey.

The band, rousing, tight and magnificent, gave ample space to her intoxicating and intense performance, both in the songs and on the stage.

Segarra’s seemingly boundless energy and the theatrical way she used her face to convey the messages was utterly spellbinding. She span around, throwing herself into wild contortion, her eyes, closely focussed and carrying the passion across the room. At times, it felt actually intimidating but in that special, really welcome way.

There was still a hint of bar room in the sound. The sort of bar you’d find behind an unlit door in a back street, when you’re in the right city but turn the wrong corner. It’s a feeling of thrill and menace, and it was more than evident in Rican Beach.

Here we found her angry, filled with the spirit of protest of the Puerto Rican people. It was forceful, sharp and heavy. Bass led, built around an Afro-Cuban flow, but with the added lift of Jordan Hyde’s lead guitar, as Segarra repeatedly insists ‘I’ll keep fighting till the end’, her anger at the need to protest found full voice.

The road-dusted country blues beginnings of Nothing’s Gonna Change That Girl, with its intricately picked out circular guitar motifs, gave way half way through to a tropical, almost bossanova groove, stretched out for countess bars, swirling and sparkling in its warm beauty.

Pa’lante started with a slow piano motif, as Seggara pleaded out for understanding. Its a Puerto Rican word meaning move forward, and sees her ruminating the innate feelings of exclusion felt by everyone who knows how it feels to be an outsider.

‘I just wanna fall in love, and not fuck it up, and feel something’

It built through time changes, gaining weight in the sound as it went until she was front of stage, fist clenched in the air, passionate, and ardently proud. Pa’lante for everyone, every woman, every man. A truly rousing and engaging moment.

There was the dark and heavy thickset surf throb of a new song, as yet untitled, before they played Settle from The Navigator, which Segarra describes as an outlaw song and dedicating it ‘to everybody on the run’.

The Body Electric, from 2014’s Small Town Heroes album closes the set perfectly, an intense and dark slice of brooding Americana, people in the crowd helplessly and perhaps absentmindedly caught themselves singing along to the refrain ‘he’s gonna shoot me down, put my body in the river’.

After the briefest of brief moments offstage, they bounded energetically back onto the stage, and with the introduction of ‘this is the only fuckin boss I listen to’, bail headwards into a quite brilliant version of Springsteen’s Dancing In The Dark.

Of all Bruce’s songs, they chose this. And its a good job they did, because they did it such absolute justice. We were left feeling surprised at how actually unsurprising a choice it was to end a Hurray For The Riff Raff gig.

The best from The Boss: Getintothis’ Top 10 Bruce Springsteen tracks

Earlier in the evening, Bristol’s Fenne Lily took the stage, alone and almost apologetic. Hers is a voice and a style so delicately fragile, with her hushed, whispered and half spoken vocals, so intricately and intoxicatingly poised it felt like the whole thing could come crashing down at any moment, in much the same way as Beth Orton’s quieter moments.

Her folk guitar picking lays all the accompaniment she needs in the live setting. It was absolutely hypnotic, open and honest writing that belies the myth of her confidence issues she plays on in-between songs.

Bud was a highlight of her all too short set. ‘Another song about something you think is gonna be brilliant, but its shit’. Expect more from Fenne Lily. Much, much more. 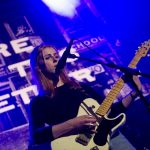 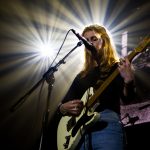 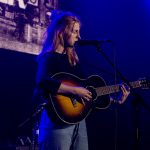 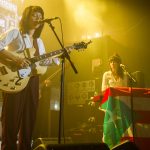 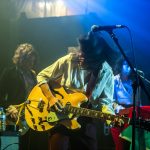 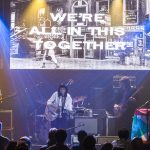 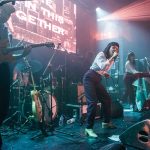 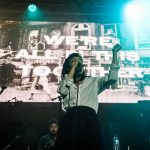 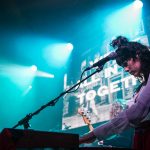 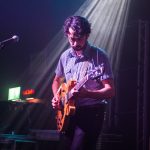 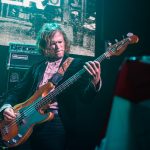