Dream Wife and Sløtface hit the Magnet for a double header along with Peaness and Getintothis’ Rick Leach saw a show with a difference.

It is sad but true to say that there is a massive predominance of male artists on the music scene.

This is something that only tends to be drawn to our attention in a significant manner when large festival line-ups are announced and you can readily see in stark relief that the ratio between male to female artists and bands is so unevenly weighted.

It happens all the time of course; whether in radio exposure, print media or simply just the volume of recorded music which is released being skewed towards male artists. It’s so prevalent that at times it feels inevitable.

Yet it need not be that way.

Not if the three-band bill at Magnet have anything to do with it.

Dream Wife, Sløtface and Peaness all are female-fronted bands. Furthermore, the only male presence in Dream Wife is their drummer and for Chester’s very own Peaness-well, who needs men anyway?

It is telling to say however, that this more than welcome rebalancing of the status quo didn’t enter our minds until it was pointed out to us after the show. It didn’t seem that noticeable, such was the quality of the music and performance we saw. This wasn’t mere tokenism; this was simply three great bands.

Co-headliners with Sløtface were Dream Wife for their first night of a UK tour.

There were no first night nerves on show however. Dream Wife could possibly be one of the most confident bands we’ve ever seen.

They’ve played Liverpool before and with this outing we’d more than welcome them back with open arms.

Imagine if you will – just try – a cross between The Spice Girls and The Fall.

Lead vocalist Rakel Mjöll utterly owned the stage from the get-go. She leaned deep into the crowd, swung from the arch and stalked around with a knowingness that was electric. Guitarist Alice Go added Martin Bramah/early Fall flourishes throughout the set, all burbling and choppy, underpinned by post-punk bass of Bella Podpadec.

Dream Wife have that three-chord guitar pop thing down to a tee.  Yet it’s not all dumb and simple stuff. There’s a depth beneath it all, a righteous anger and snarky vitriol.

Rakel Mjöll, summoning up the force of a hurricane, shouts into her mic and tells us all ‘I am not my body, I am somebody’. Spot on. This is what it’s all about.

Dream Wife are more than just a dream. They are real.

Cassette Store Day 2017 – the value of the humble tape

As were the other headliners. Norway’s very own Sløtface.

They were dropping into Liverpool as part of a 30+ date worldwide tour on the back of the release of the debut album, Try Not to Freak Out.

This instruction was difficult because they produce the sort of music (and give it so much welly on stage) that it’s hard not to.

Coming from Norway and with a name like that, you’d half expect them to be the sort of band that regularly make an appearance in Getintothis’ very own monthly metal round-up. All estimable acts of course, full of doom and gloom, slowed-down-to-a-crawl vocals and sounds redolent of the Underworld. Upside-down crosses, chains and lots of black clothing,

They were loud. Very loud indeed – although that’s where the similarities ended.

We kind of figured they didn’t fit our false Norwegian preconceptions when, three songs in. we were asked ‘Are you ready to do some dancing Liverpool?’ Bet you don’t get that from Warduna, Enslaved, Arctucus or the rest of the black metal gang.

On the basis of what we saw and heard, it would be well worth investing in and exploring more of Sløtface’s work. They’re are as boppy-as-fuck and with a near-perfect melding of buzzsaw guitars, lead vocals from Haley Shea who, it must be said, delivered them with a vehemence that was staggeringly powerful they’re reminiscent of the best pre-grunge, Chapel Hill-scene band you never saw.

As their set wore on, you could see that more and more of the audience were being won over. Heads were nodding in approval and indeed, some dancing did break out. Worthy of particular mention were the songs Pool and Galaxies, both from the album, but it seems wrong to single them out. The whole set was very good and when they’ve wrapped these 30 dates up, let’s hope they make a return visit.

(By the way, we discovered Sløtface are pronounced Slutface. Useful for future reference.)

From Stavanger to Chester. A sentence – or a journey – that doesn’t spring to mind as an obvious one.

And in this instance it was the other way around because before we were treated to Sløtface we had Chester’s Peaness opening the evening’s proceedings.

A three-piece all-female band, they bring a joy and a sparkle with their resolutely 1980’s guitar pop tunes.

This was sheer pop and the sort of thing that you know John Peel would have loved. It was fun, it was jangly and it made everyone smile. Like the Wedding Present without the dourness, this is exactly what was needed to brighten up a gloomy Thursday evening in October.

Peaness won everyone over by telling us that they’d come by train, borrowed Sløtface’s equipment and were going back home on the train after the gig. And that they were back in work in the morning. No rock star histrionics for them.

They’re playing Liverpool Music Week’s Closing Party on November 4 and quite frankly, you’d be daft to miss them.

All in all, a great night, with three great bands. 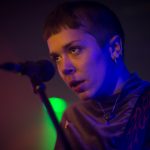 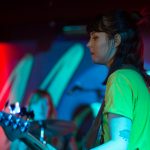 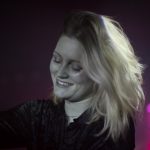 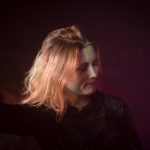 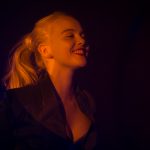 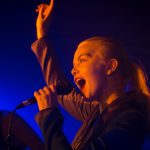 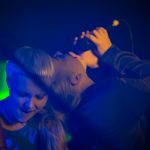 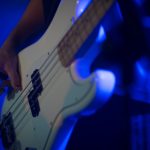 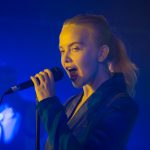 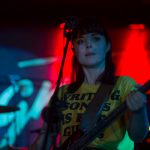 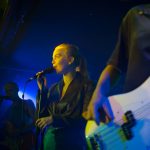 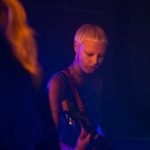 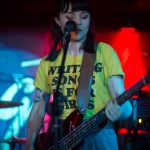 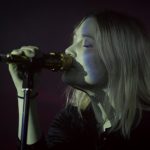