As Vryll Society reach the mid-point of their Magnet residency Getintothis’ Lily Corke Butters was there to see a belter of a line up.

After a short delay, where the attendees were asked to wait upstairs, a small crowd descended into the basement of The Magnet where they were greeted by an infusion of blue lights and smoke machines. A large portion of the audience consisted of relatively young faces, as well as the expected crowd of 20 somethings.

The first band to saunter on stage were the evidently Scouse, Peach Fuzz. To an uniformed observer it would be virtually impossible to tell that it was their 4th ever gig. The newbies exposed the crowd to their variations of style: from sounding like AC/DC‘s musical baby cousins to playing Temples– like riffs, the band made it impossible not to like them. The charisma of singer, Nathaniel Cummings, in a red, velvet top raised the energy of the band to its peak.

Next on were The Floormen. In the crisis of breaking his A string only two songs in, Buddy Keenan knighted Strange Collective’s Alex Wynne, the ‘fucking Prince of Wales’ for the donation of his guitar. It was clear the band have an eclectic set of influences, because it is hard to make an exact comparison to similar bands. Even on their Facebook page they label their genre as “Music Sounds!”. Their grungy, funky, psychedelic sounds warranted the considerable amount of dancing. But their musically impressive, rhythmic breakdowns would throw off the dancers momentarily, until they decoded the ever changing new rhythms. The crowd’s reaction to them clearly displayed their popularity.

The KLF in Liverpool: why did the K Foundation burn a million quid?

Once Alex Wynne reclaimed his guitar from The Floormen, Strange Collective were next to appear. They offered a short spell of more relaxed music until their third song, which was introduced as being “about my penis”. From that point on their true garage, psych rock emerged. Heavy, relenting guitar filled the whole set, winding through King Gizzard-esque songs and Wytches-like riffs. A glance around the room would fill one’s peripheral vision with headbanging and swaying. The first and only female band member, Lucy Hope, filled the position of a serene and collected bass player perfectly.

Finally, headliners, The Vryll Society, were up. Singer, Michael Ellis, wasted no time in showcasing his sassy dance moves, which combine surprisingly well with their Liverpudlian psychedelia – a continued theme of the evening. The smoke machines would pour out at perfect timing, contributing to the bands ethereal presence. Being the second show of the band’s trilogy at The Magnet, they showed no sign of reduced enthusiasm. Each member of the five-piece added their own sprinkle of style. The low ceiling provided a surface for Micheal Ellis to bang on the exact beats of the last few songs. Their excellent set concluded with fan favourite “Deep Blue Skies”, with the well-known freakout half way through – which of course induced a mosh pit in the audience, who by now had edged their way much closer to the front. By the end, crowd members had their month’s-worth of psychedelia – which was all the more satisfying that it was all from Liverpool. 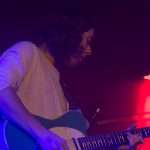 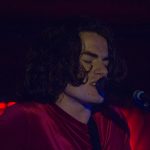 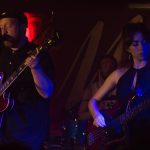 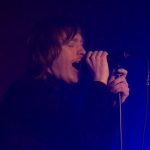 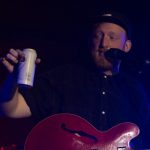 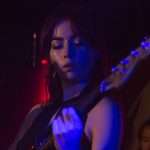 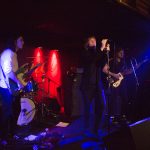 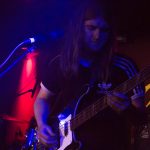 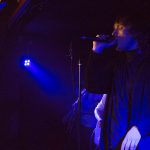 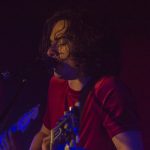 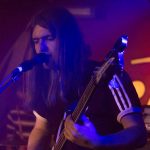 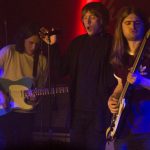 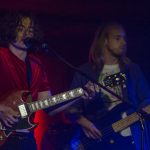